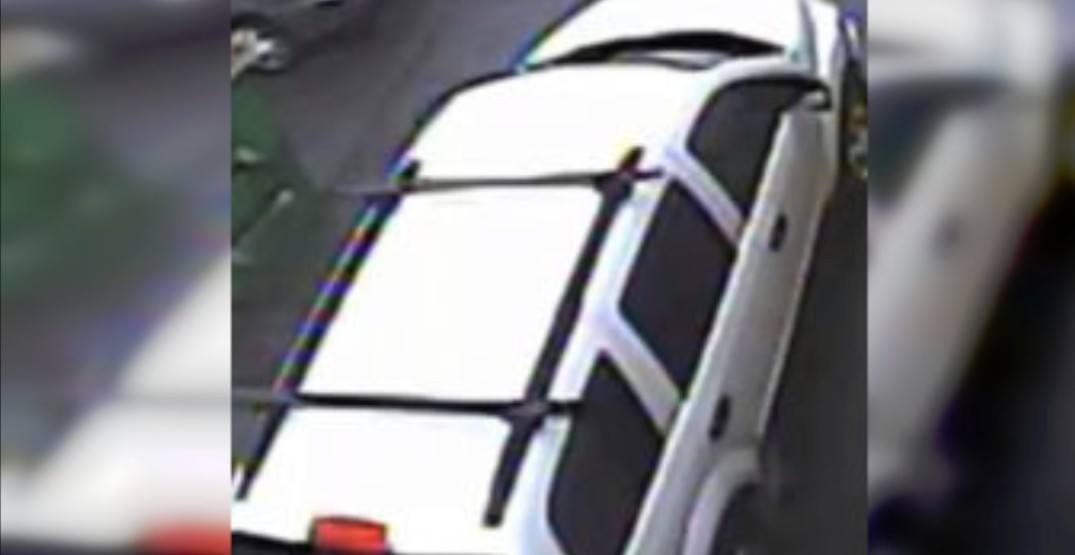 Police have identified a “vehicle of interest” linked to a fatal shooting that left one man dead in Vancouver’s Kitsilano neighbourhood last week.

Just after 8:30 pm on Tuesday, April 16, the VPD received several calls reporting shots being fired in the area of West 4th Avenue and Burrard Street.

According to VPD Const. Jason Doucette, the victim was 30-year-old Vancouver resident, Manoj Kumar. He was not known to police.

VPD says that a white Dodge Durango (pictured below) has been seized in connection to the shooting.

The Durango was found near West 22nd Avenue at Yew Street at midnight on the evening of the shooting. Police say the vehicle had been set on fire.

Police are asking anyone with dash-cam video, who may have been driving in the Kitsilano and Arbutus areas on April 16 between 7:30 and 9:30 pm, to come forward.

“We are asking anyone with dash-cam to contact the VPD Homicide Unit as soon as possible as the video could be overwritten,” says Sgt. Jason Robillard, in a statement.

Even the smallest piece of information can be crucial to the investigation,” he added.

Anyone with dash-cam footage or any information about this homicide is asked to call the Vancouver Police Homicide Unit at 604-717-2500, or Crime Stoppers anonymously at 1-800-222-8477.