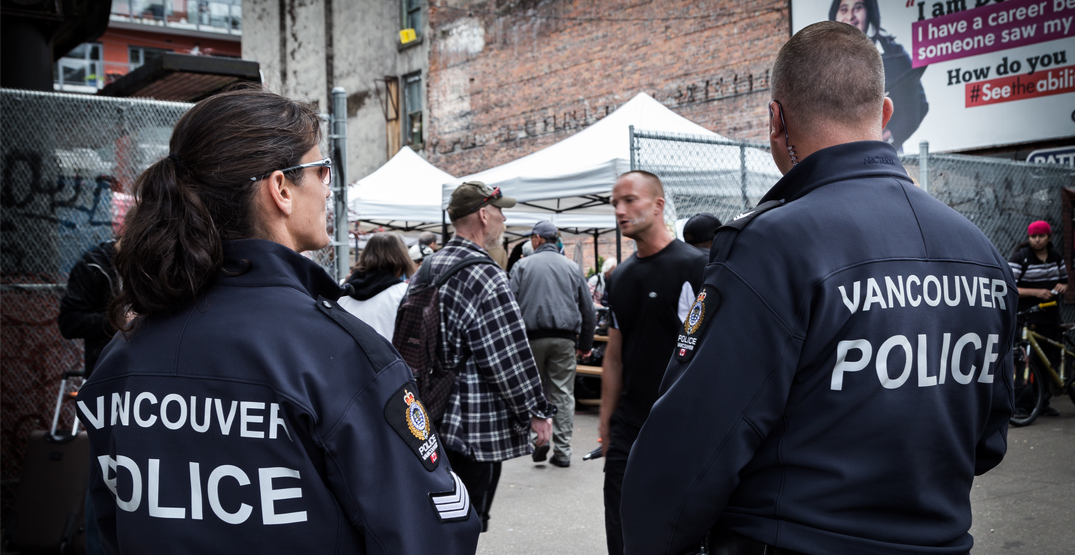 Two men have already been arrested and more could be coming as investigations continue after a months-long sting operation in Vancouver.

A release from the Vancouver Police Department on Monday, December 6, details the results of an investigation that shed light on criminal networks trafficking stolen goods in Vancouver’s Downtown Eastside.

The unit launched an undercover sting in April 2021 and sent entrenched officers to the DTES to “observe and gather evidence about the rampant trafficking of stolen property.”

“Using sophisticated investigative techniques, detectives confirmed that thousands of dollars in stolen property are being moved in and out of the Downtown Eastside every day by people who don’t even live in the community.”

According to police, the open-air street market on East Hastings Street, between Columbia and Carrall streets, is the nexus for a lot of criminal activity.

The release notes that the area has been a place for “marginalized Downtown Eastsiders to find self-worth and make a few dollars by selling second-hand goods.”

Now, DTES residents are getting pushed out by the criminal enterprises – who don’t even reside in the neighbourhood – using the market to traffic property.

#VPDNews: A months-long Vancouver Police investigation has led to multiple criminal charges and renewed concerns that criminal networks are trafficking massive amounts of stolen property in the Downtown Eastside.

“Unable to compete with these criminal enterprises, many locals are resorting back to crime just to make ends meet,” said VPD.

Now, the BC Prosecution Service approved charges against two men who police believe had been using the Downtown Eastside street market to traffic stolen property.

“The demand for stolen goods is entirely fuelled by greed and desperation,” said Inspector Alison Laurin, who oversees VPD’s patrol deployment in the Downtown Eastside.

“Impoverished and drug-addicted people are now being recruited to steal by predatory fences, who in turn pay pennies on the dollar for stolen goods and resell them to bargain-hunters who are all-too-willing to turn a blind eye.”

Daily Hive has reached out to VPD for more information and will update this story.