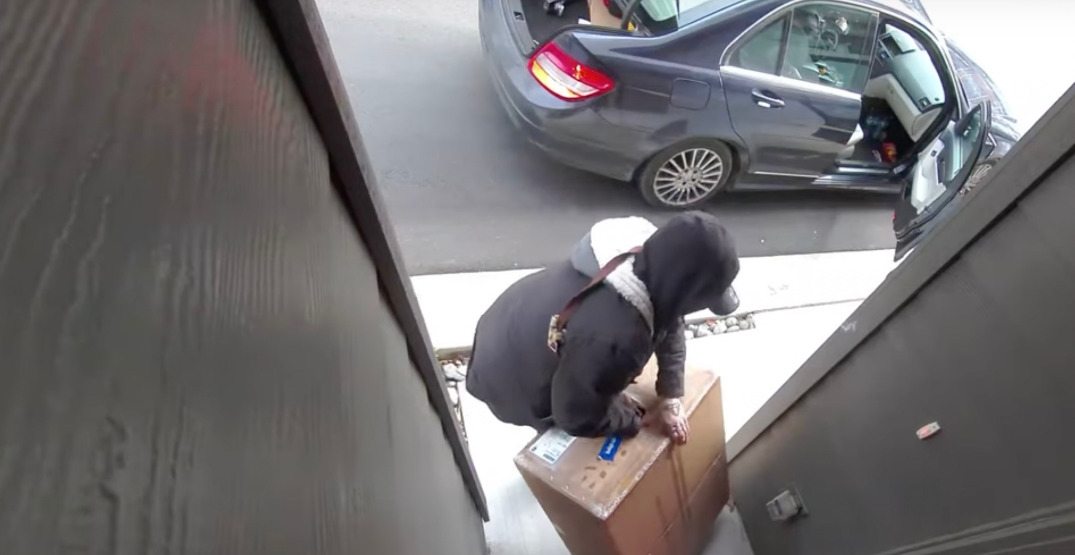 Burnaby RCMP have released a video that shows a woman stuffing a package containing a luxury stroller into the trunk of a car in Surrey.

In the video, a car can be seen pulling up to a Surrey residence with the trunk already open. A female then exits the passenger side and proceeds to shove the package into the open trunk.

The luxury stroller was worth more than $1,500, and the victim noticed it for sale on an online marketplace the next day. She then contacted police, who were able to figure out that the listing was based in Burnaby.

On November 26, officers executed a search warrant at the suspect’s Burnaby home. The stroller was recovered, still in its original box. Police also identified a stolen Mercedes Benz that was used in the theft.

“Our Prolific Offender Suppression Team worked quickly and was thankfully successful in being able to reunite the victim with her stolen stroller,” said Burnaby RCMP Cpl. Mike Kalanj in a statement.

The suspect was known to police and was arrested for possession of stolen property, dangerous driving, breach of conditions, and an unrelated warrant. Investigators are still working to identify the woman involved in the incident, who could not be seen clearly.

The female suspect has tattoos on both of her hands. Anyone with information is being asked to call Burnaby RCMP at 604-646-9999.

“In this case, even a security camera system wasn’t enough to deter thieves. We are urging everyone to take precautions with deliveries over the holidays,” Kalanj added.