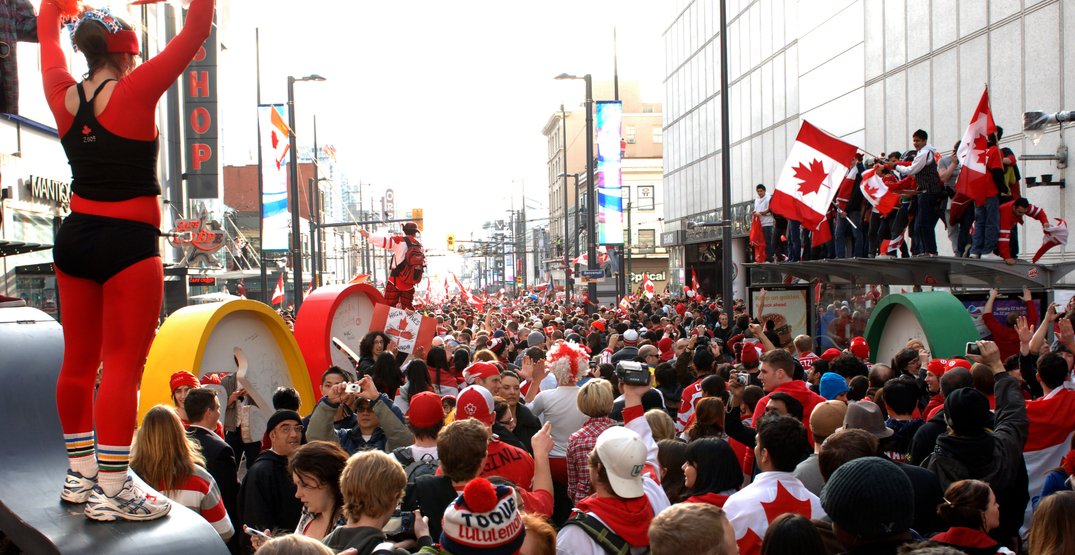 Vancouver is known as a “no-fun” city but that was certainly not the case during the 2010 Olympic Games.

Here’s a look back at all of the epic festivities that made Vancouver the most exciting city in the world during the 2010 Games.

During the 2010 Games, the city came alive with two LiveCity locations in Vancouver — one on Georgia Street in downtown and one at David Lam Park in Yaletown. The LiveCity sites were home to huge, free outdoor concerts and featured Canadian and international artists including Alexisonfire, Sam Roberts Band, Damian Marley, and Dead Mau5.

During the Games each country was represented at their “houses” across the city — which also became the hub for huge celebrations. Some of the most memorable parties included those at the Holland Heineken House — where the beer was always flowing after a medal victory.

The roaring cheers from Vancouver after the “Golden Goal”

The entire city erupted in cheers when Crosby gave his gold medal game-winning goal on the American net. This is what unfolded in the streets of Vancouver… to the extent that all three False Creek bridges into downtown Vancouver had to be shut down to prevent vehicles from entering.

Granville Street was at its best during the 2010 Games as the strip transformed into an epic party every night and became a place of non-stop excitement, no matter which country you were cheering for.

Similar to Granville Street, Robson Square also became a hub for celebration during the Games. From the ice rink to pavilions and the epic zipline, there was always something exciting happening in the heart of the city.

The city was buzzing with Canadian pride

Random crowds would break out into ‘O Canada’ — whether it was on the Seabus or on the street — and high-fives from strangers donning red mittens or Canada jerseys were not uncommon. Canadian pride was on full display during the games and it brought the city and the country together.