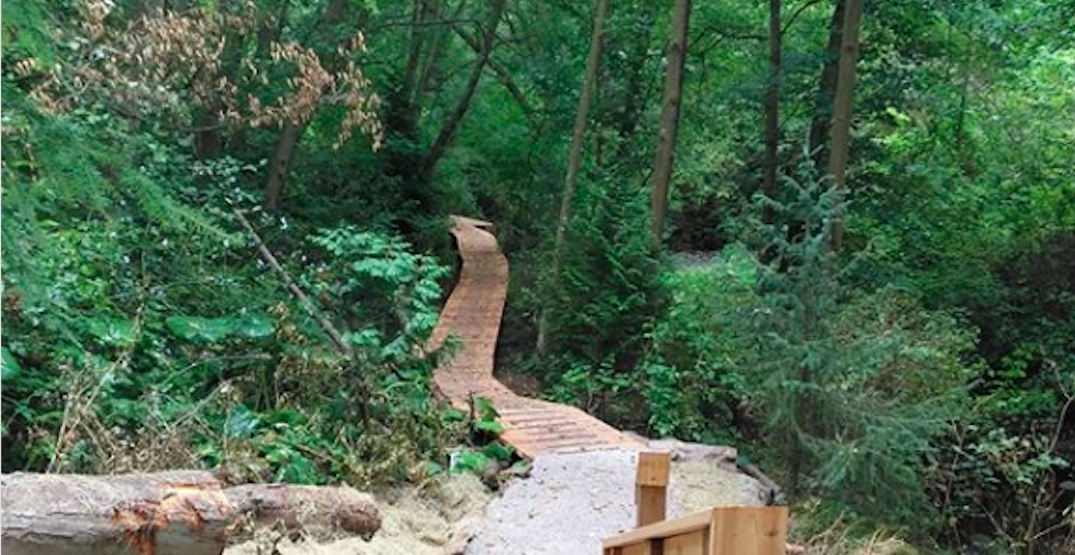 The new boardwalk at the Renfrew Ravine. (geordie_birch/Instagram)

A recent makeover to a popular East Vancouver park is nearing completion and is almost ready to open to the public.

Located north of the 29th Avenue Skytrain Station and south of East 22nd Avenue, Renfrew Ravine Park is the only park in Vancouver with a creek in a natural ravine.

And beginning next week, visitors to the park will be able to enjoy the sights and sounds of the area, as they make their way along a newly-completed boardwalk long with a series of new timber steps.

On Tuesday, the Vancouver Park Board tweeted a video of the park’s new feature, in preparation for its opening next week.

We’re just a week away from opening our new and improved parks in Renfrew Ravine complete with better trails, access and a new boardwalk into the magical habitat of Still Creek! 🌳 #RenfrewRavine #Vancouver pic.twitter.com/5lBU0KkDET

In addition to the boardwalk, other upgrades and construction have taken place at Renfrew Community Park, which includes upgrades to the parking lot area, and fencing around the new dog park. New trails have also been installed, and existing trails have been repaved and widened, during the process.