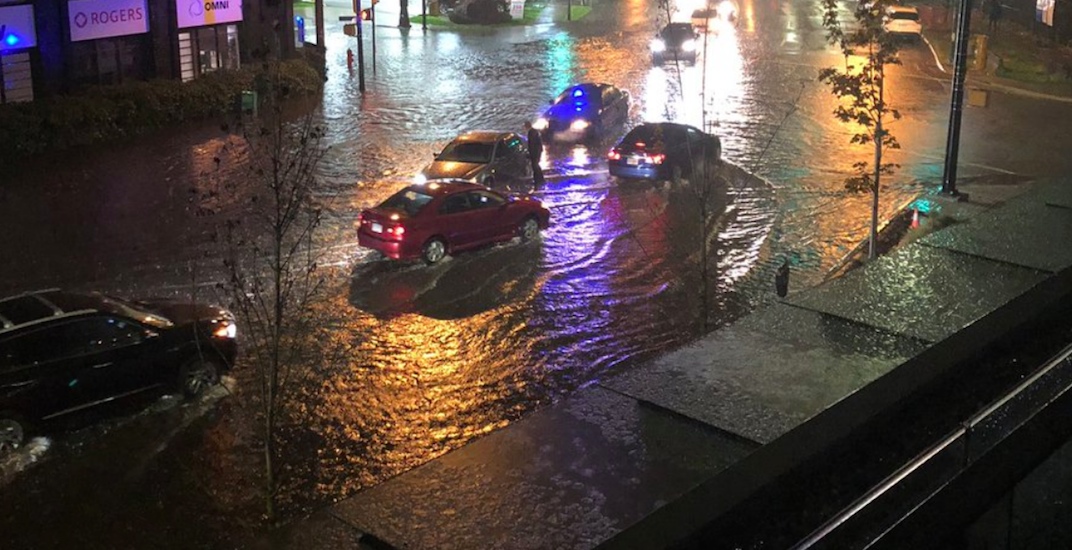 There are reports of localized flooding in Vancouver late this evening due to torrential rainfall.

Conditions are particularly terrible on 2nd Avenue where it intersects with the Cambie Street Bridge and Columbia Street on the southwestern corner of the Olympic Village.

At this time, deteriorating conditions have prompted Vancouver Police to shut down the seven-block-long stretch of 2nd Avenue between the Cambie Street Bridge and Main Street.

Photos and videos posted onto social media show large sections of 2nd Avenue submerged in water, with water spilling out onto the sidewalks and adjacent local streets.

There are even reports of cars stalled and stranded within deeper portions of the flooded areas on 2nd Avenue. 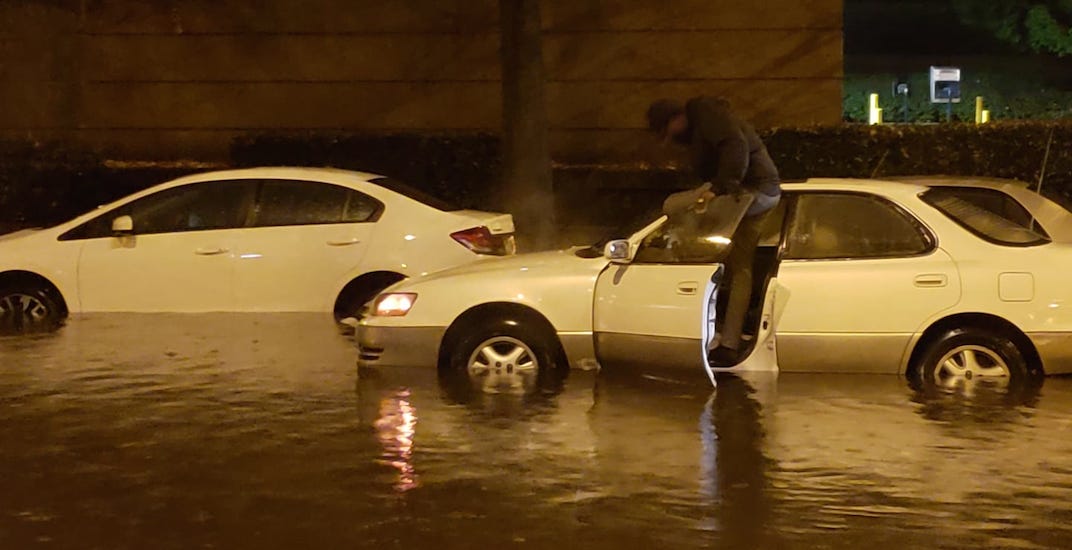 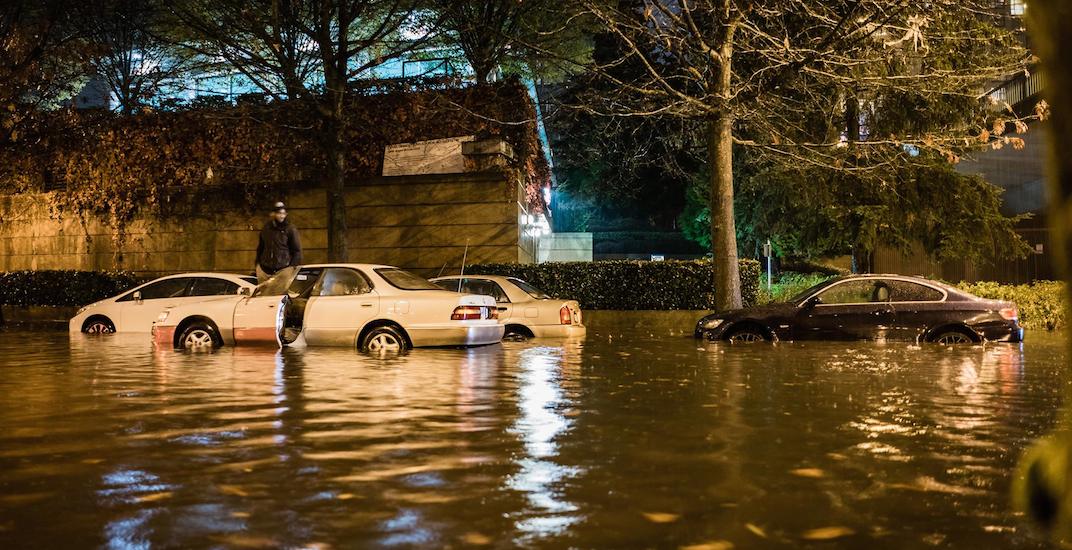 Several cars have also stalled in the middle of a flooded area on Expo Boulevard near Nelson Street on the north side of False Creek in downtown.

This poor driver didn’t make it through the new lake on Expo Blvd under Cambie Bridge. #Vancouver #flooding #TrafficAlert pic.twitter.com/olilklYuQv

Drivers are advised to take extra precautions, travel at slower speeds over water to avoid hydroplaning, and avoid flooded areas if possible. 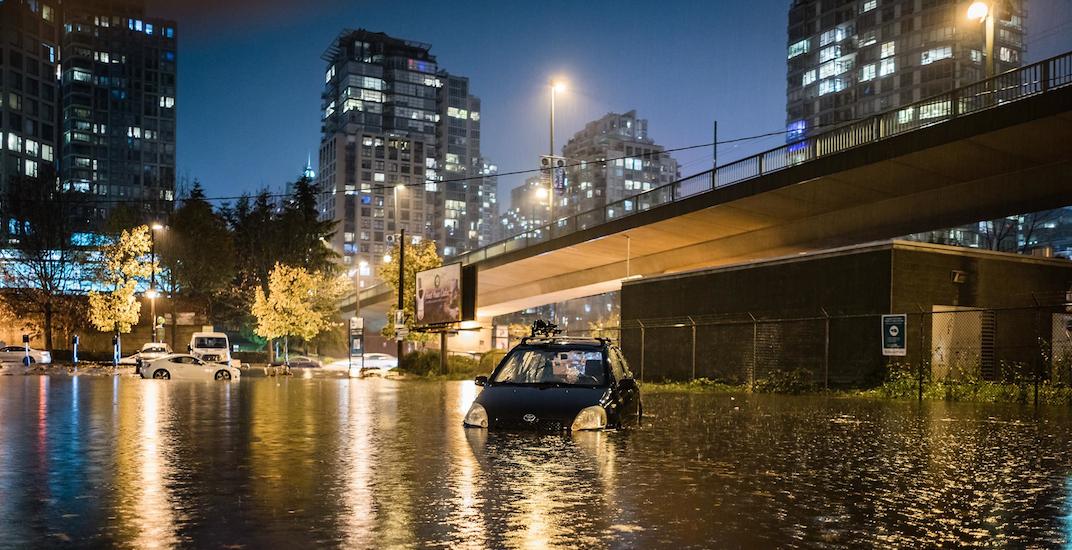 Any other Vancouverites #flooding like we are in #OlympicVillage? The water is starting to come over the sidewalks and people are abandoning their cars. #Vancouver #rain @CityofVancouver @CTVVancouver @cbcnewsbc @GlobalBC pic.twitter.com/1akW5enixA

Main lesson from tonight – if it looks flooded, just take a detour around it. Many, many drivers got stuck tonight in front of @CityNewsVAN at the corner of West 2nd Avenue and Columbia Street. #BCStorm 🌧⛔️⚠️ pic.twitter.com/sng7kqrZPp