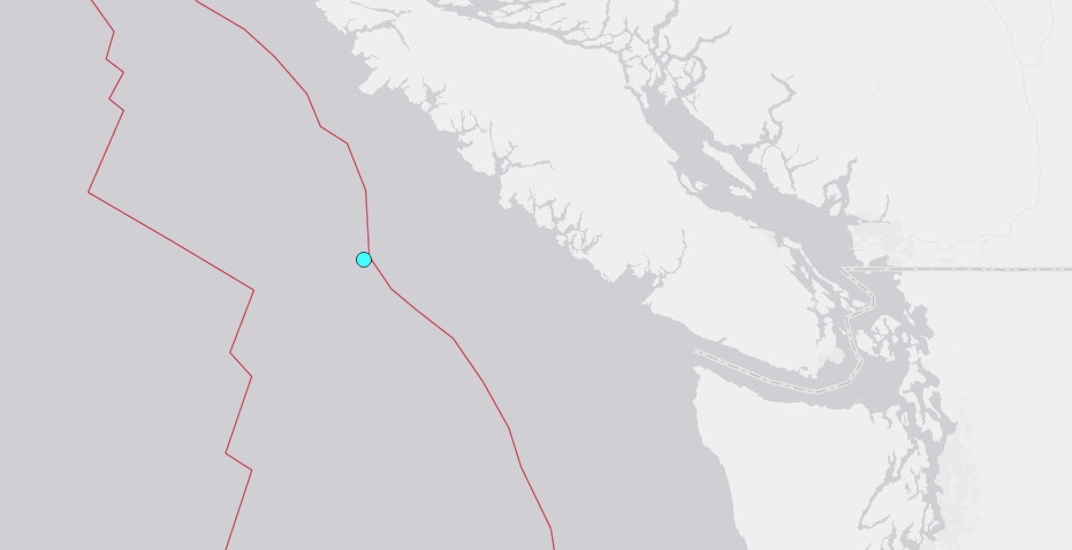 A relatively modest earthquake measuring a magnitude of 4.0 was detected just off the west coast of Vancouver Island early this evening.

According to the US Geological Survey, the seismic event at 5:24 pm PST had an epicentre located in the ocean, near a major fault line about 144 kms west of Tofino. Its depth was shallow at just 10 kms.

No damage can be expected given the location and magnitude of the earthquake.

However, this was the most powerful earthquake to strike BC since last week’s swarm of earthquakes, including three seismic events that measured a magnitude greater than 6.0. It was also far closer to land than any of last week’s earthquakes.

Hundreds of earthquakes hit the province every year, but only a small fraction of the tremors measure a magnitude of at least 4.0.