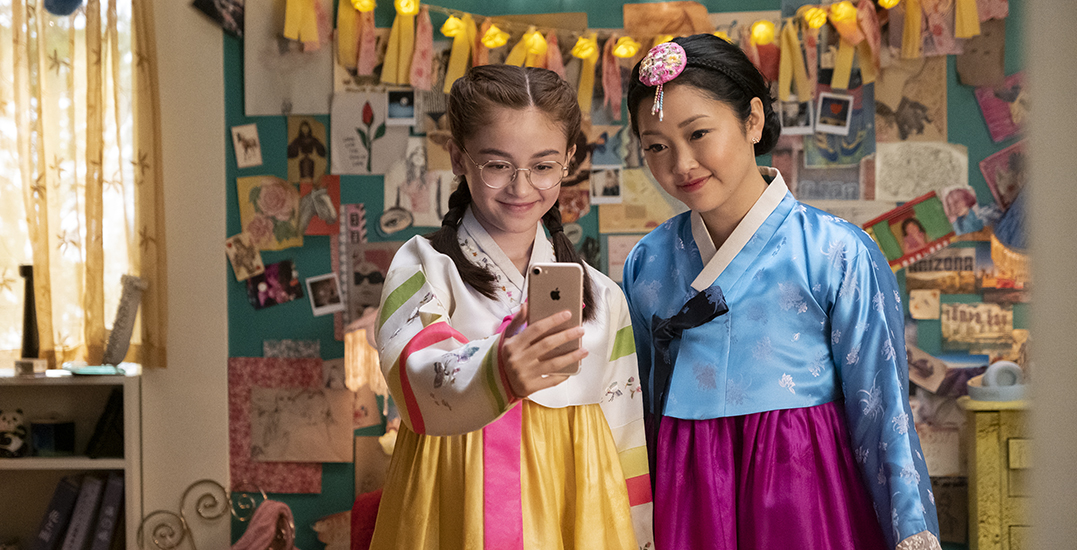 Netflix’s hit series To All the Boys I’ve Loved Before has been nothing short of successful since its release. The teenage rom-com, based on the novel written by American author Jenny Han, was first released in 2018 and remains one of Netflix’s most re-watched films to date.

Now, the second film in the series, To All the Boys: P.S. I Still Love You, is hours away from its global release. Not to be understated is the important role that Vancouver plays in the Netflix series, from the filming locations to the actors themselves. 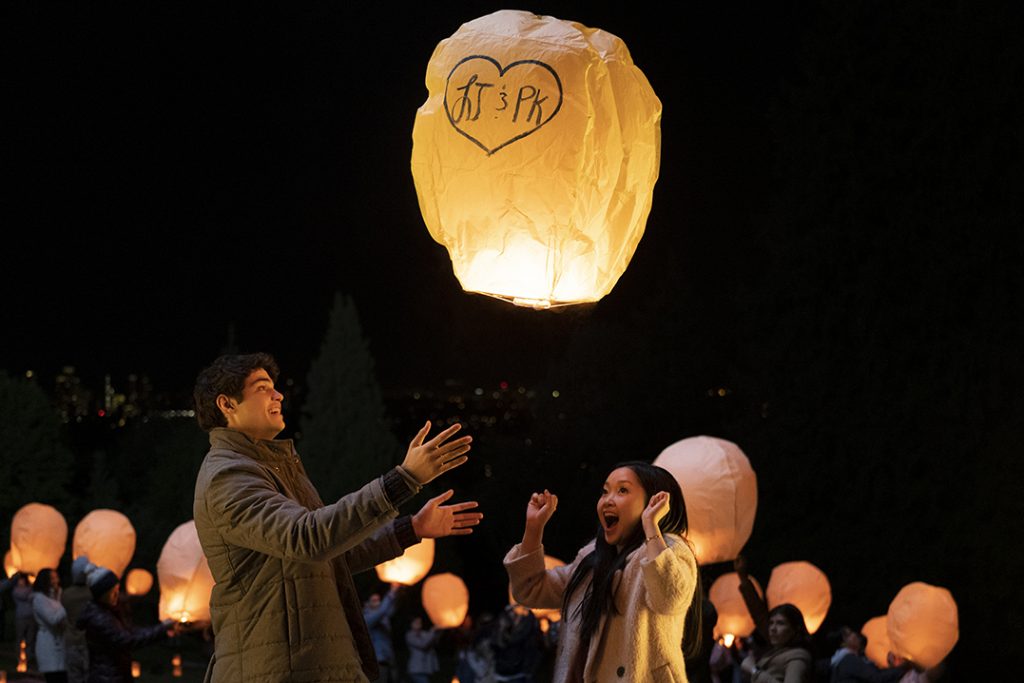 The entire movie was filmed and produced in Metro Vancouver. The cast of the film attends Adler High School, which is locally known as Kerrisdale’s Point Grey Secondary School. North Vancouver and Langley also play roles in the series, being the filming spots for the Corner Cafe and Lara Jean’s house, respectively. 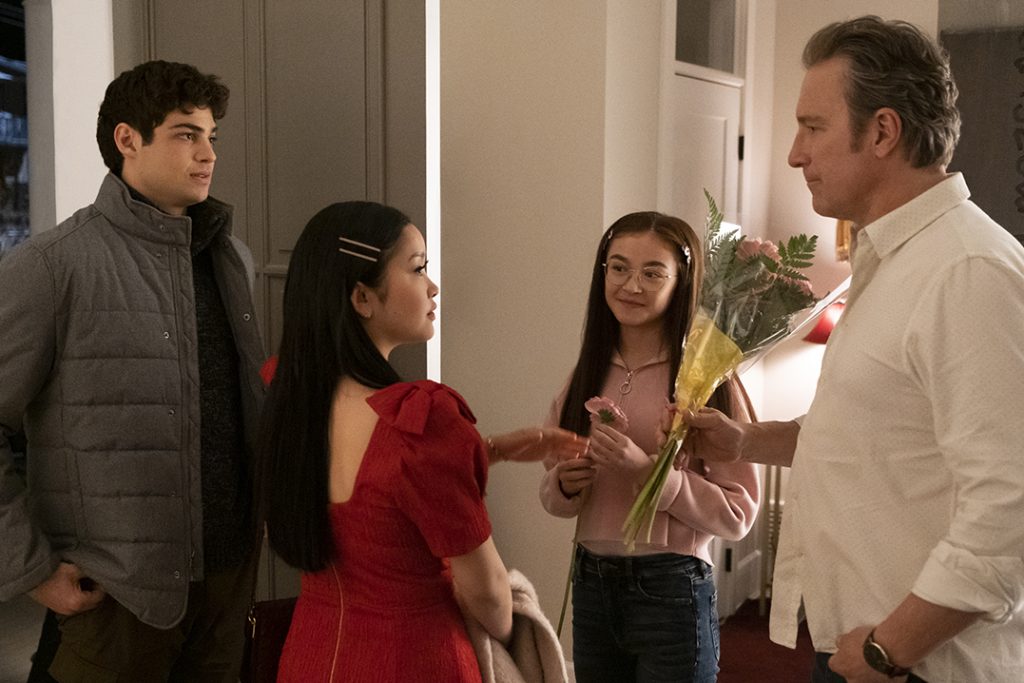 Much of the second film also takes place at Vancouver’s Casa Mia Mansion, which is transformed into Belleview, a senior living facility where Lara Jean and John Ambrose (the film’s newest love interest) volunteer. Coincidentally, the City of Vancouver approved a plan to repurpose the mansion into a senior care home in 2017.

Vancouver’s role in the film spans further than just the locations and backdrops, however. Anna Cathcart and Trezzo Mahoro, two of the film’s actors who embraced larger roles in the second movie, are both local residents. 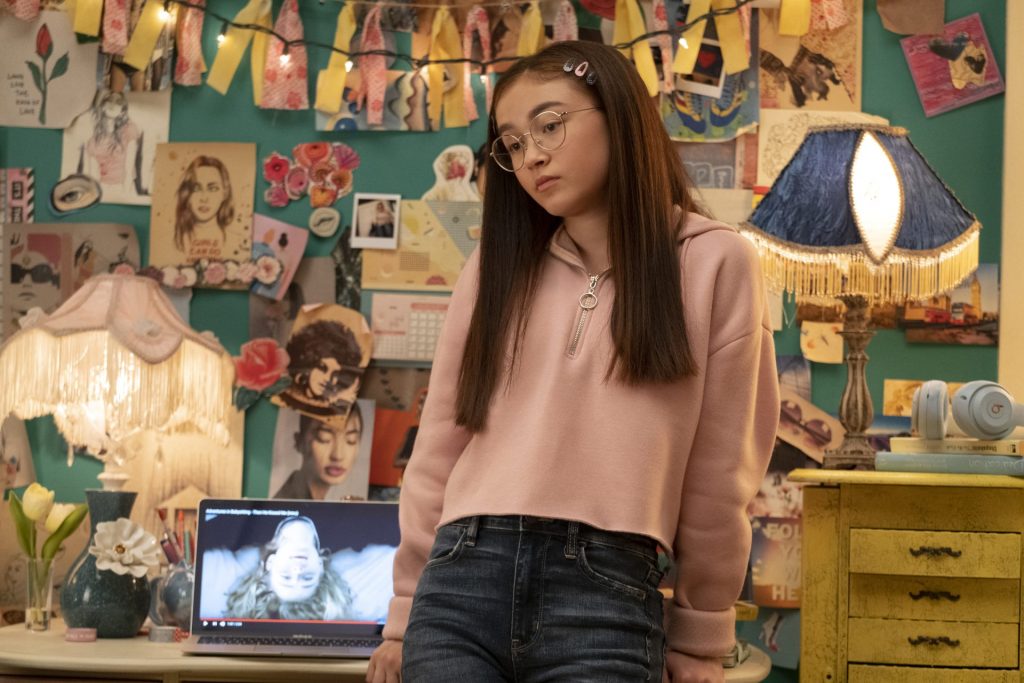 Cathcart, who plays Kitty Covey, Lara Jean’s younger sister, was born and raised in Vancouver. She began acting in commercials at a young age before graduating to lead roles with PBS, Disney, and now, the To All the Boys series.

Mahoro, who plays Lucas, was born in Rwanda and moved to Vancouver, where he began acting in his final year at Templeton Secondary School. Although they began their careers at different ages, both actors have been acting professionally for four and a half years. 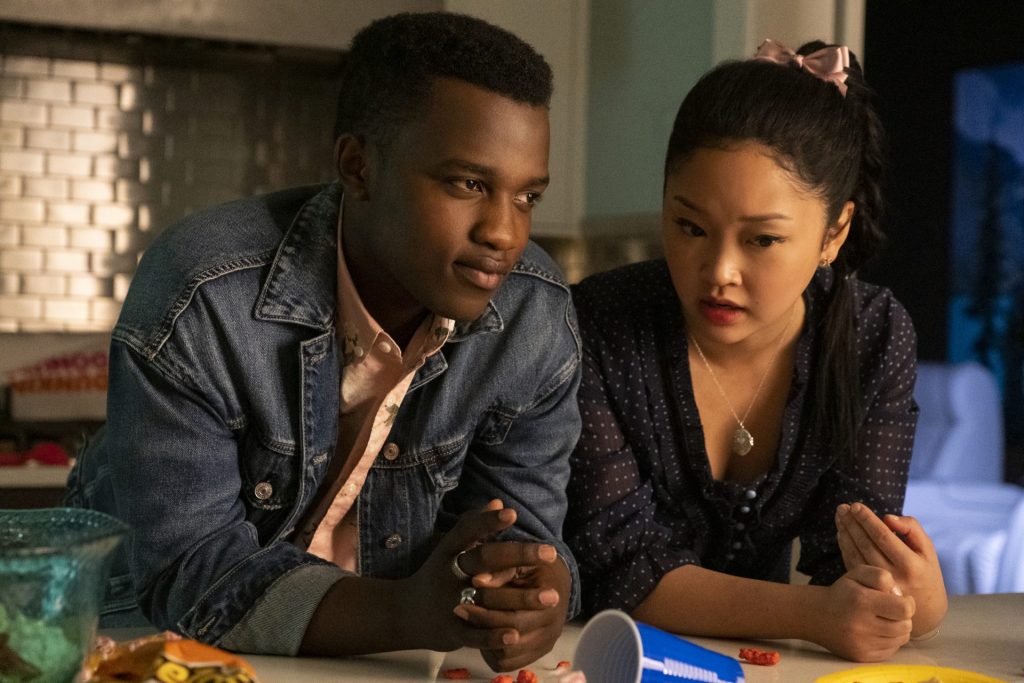 Both Cathcart and Mahoro say that being able to film locally creates a simpler, more relaxed environment.

“For me, it makes it much easier being home — the vibe is different,” Mahoro tells Daily Hive in an interview. “I’m relaxed. I’m ready to work. I love working from home, simply because I get to go back to my own bed.”

For Cathcart, it’s about being able to stay close with her family and see her dog at the end of the day.

“The whole movie is actually filmed in Vancouver,” she adds. 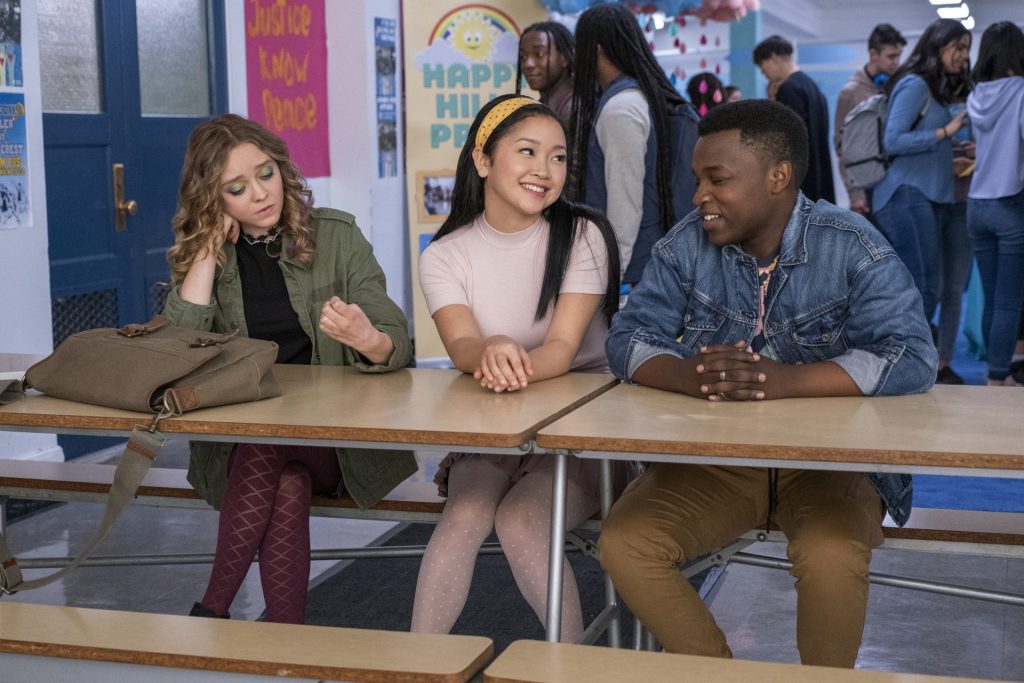 Between filming from the comfort of their own home and having known the cast for several years at this point, the two actors say that it’s like “working with family.”

“Everyone’s been through the first movie together and everyone is so proud of it,” Cathcart notes. “It’s like coming back from summer camp. Everyone is ready, we’re all hyped, and we’re so excited.” 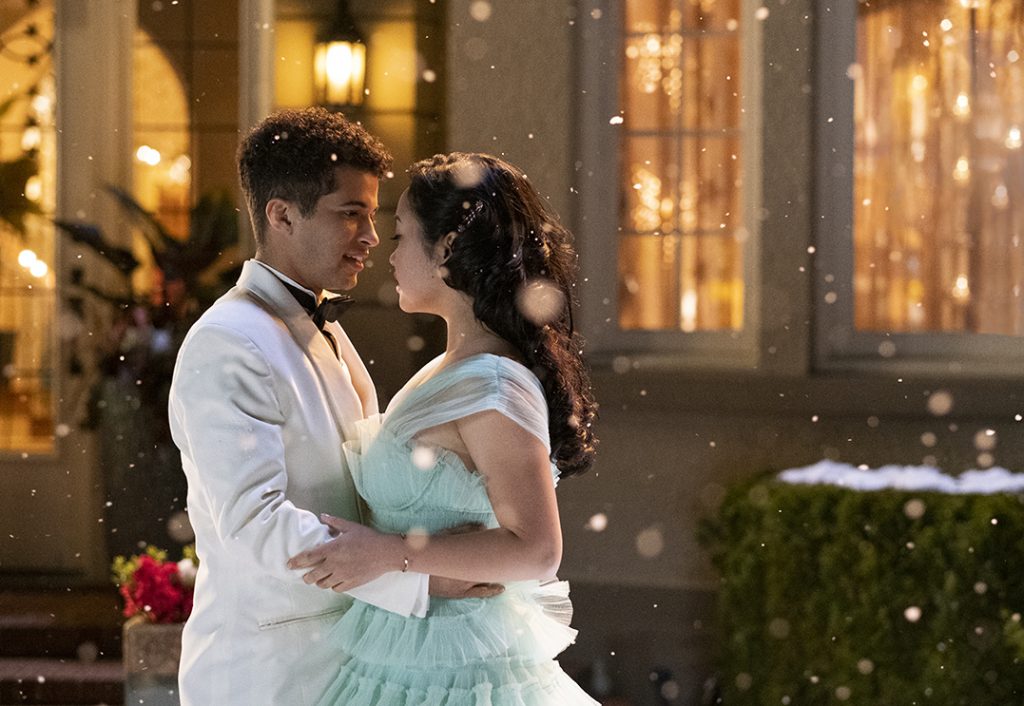 Another factor that both Cathcart and Mahoro credit to the film’s success is the amount of freedom that they’re given on set.

“Oh, half of my lines are ad-libbed,” Mahoro laughs.

“The majority of my lines are ad-libbed or changed too, or something was different,” says Cathcart. “The director was so open. He wanted to hear your ideas and hear what you felt was right for your character. He believed we knew our characters best.”

It went beyond a few lines, however: There were a few scenes that were fully ad-libbed that made it into the movie. 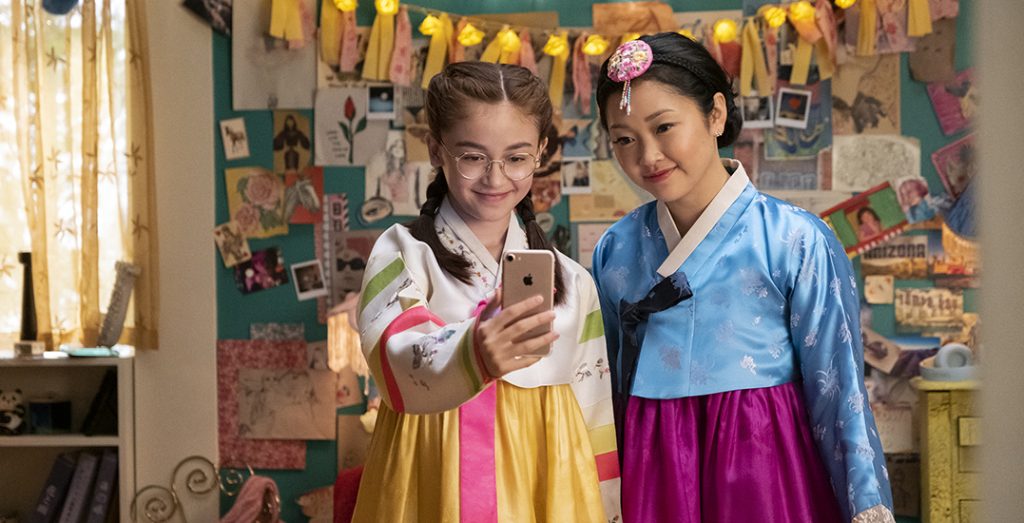 “One of the takes that specifically made it in was the Korean New Year scene,” says Cathcart. “Lara Jean is trying to tie a bow on Kitty’s hanbok and she undoes it in the end — that wasn’t in the script and we didn’t talk about doing it beforehand. Lana just did it and it was really funny, and it ended up making it to the final cut.”

Although the second movie of the trilogy releases on Wednesday at midnight, the two actors admit they’ll be waiting a long time before they get to see the third. The second and third films were shot within a month of each other, and while the final movie is in post-production, a dedicated release date hasn’t been set. 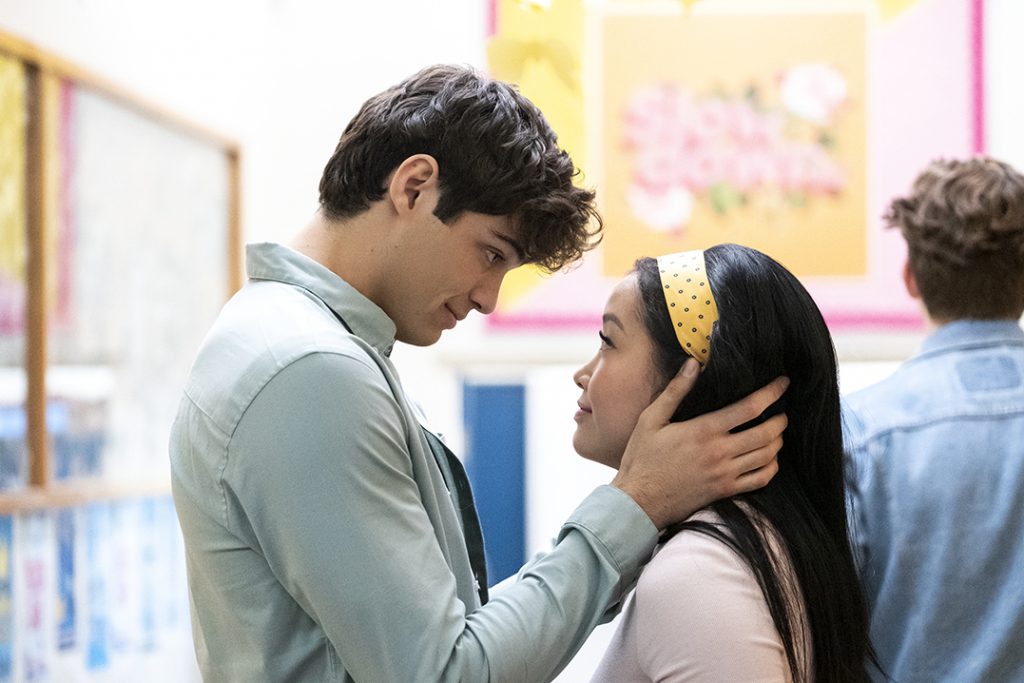 “[In] the third movie, you see a lot of the characters more,” Cathcart notes. “It was super fun to explore each character more. The third one is bigger and better. We wrapped up a while ago, though, so it’s gonna feel like forever.”