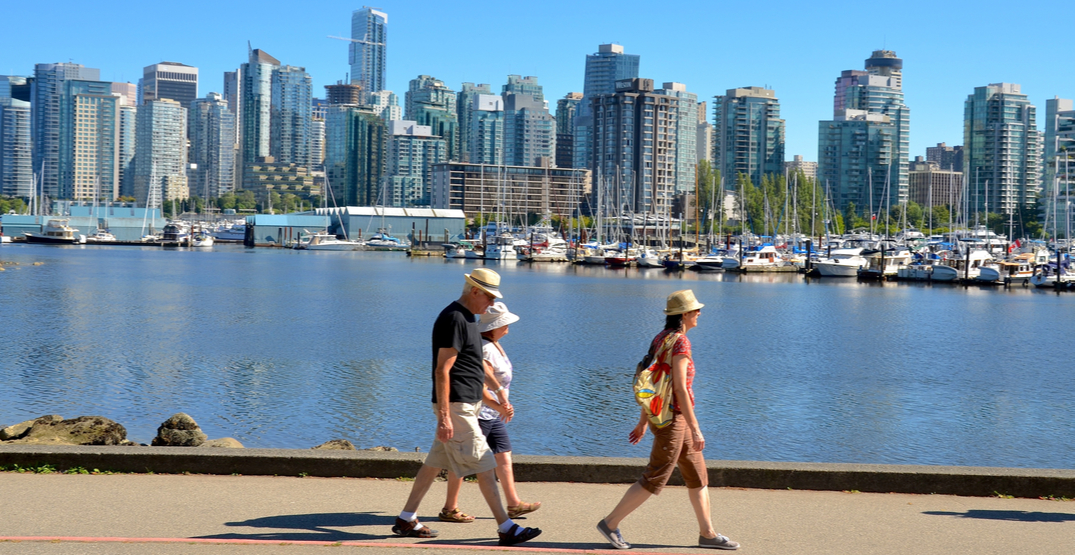 While a number of transportation options do exist in Vancouver, a new ranking has placed Vancouver in top spot as the best city in Canada for getting around simply on your own two feet.

For context, cities where daily errands don’t require a car score over 90 points. Places where most runs can be accomplished on foot score 70 to 89, and a score of 50 to 69 means that some errands can be done on foot. Vancouver ranked #1 with a score of 79.8.

“In Vancouver, well-built properties in walkable areas often sell for a premium,” said Redfin Vancouver market manager Brooks Findlay. “Over the past 10 years, Vancouver has placed a strong emphasis on development that supports walkability [and] many new developments are focused on areas that are close to transit.”

The city itself “has also been very focused on building new walking and bike paths, allowing for a green commute and discouraging single-driver vehicles.”

In addition, “many young professionals in Vancouver don’t even consider owning a car. Developers have created mini villages in high-traffic areas, meaning you don’t have to travel more than five or six blocks to get anything you need.”

The top three cities on the list were Vancouver, Montreal, and Toronto.