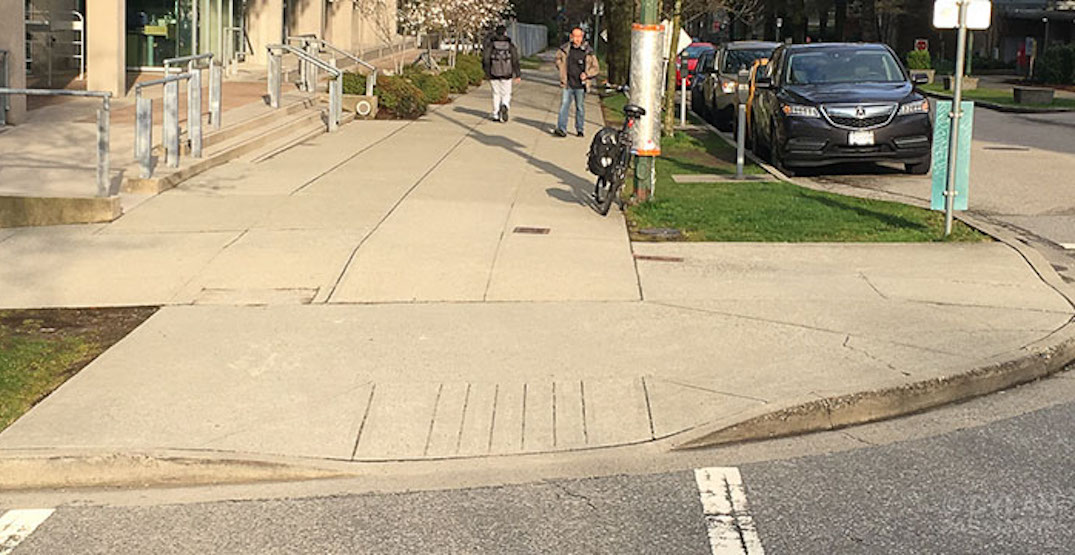 Vancouver city council has green lighted a contract award for what could become a multi-year project that eventually completes the construction of accessible curb sidewalk ramps across the city.

Bortolo & Sons Paving Co. Ltd. and Lafarge Canada Inc. have been awarded a term of one year to complete 240 curb ramps, including 190 ramps on local streets and 50 ramps on arterial streets.

This initial one-year contract is worth $1.4 million, but the city could extend the contract for four additional terms to complete more of the sidewalk infrastructure at a total cost of $7 million.

According to a city staff report, there are about 3,800 locations across Vancouver where ramps are missing on sidewalks. Over 600 of these locations have been requested by the public and are waitlisted for construction.

“The City’s objective is to eliminate the queue of curb ramp requests by the end of this capital plan and to respond in real-time to future requests,” reads the report.

Curb ramps are accessible for individuals using strollers, wheelchairs, and other mobility devices. The city’s first major push with such ramps began in the middle of the 2000s.