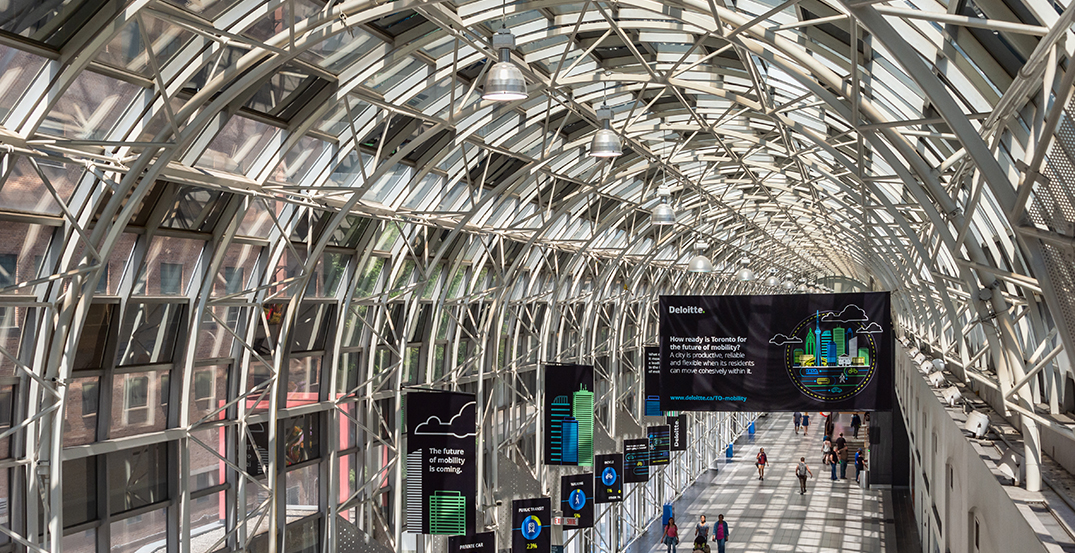 Toronto has been named one of Canada’s most walkable cities, according to a recent ranking by technology-powered real estate brokerage Redfin.

Our home city made third place, behind Vancouver and Montreal’s positions in first and second, respectively.

For context, cities where daily errands don’t require a car score over 90 points. Places where most runs can be accomplished on foot score 70 to 89, and a score of 50 to 69 means that some errands can be done on foot.

Toronto, with a Walk Score of 61, isn’t necessarily the easiest place to navigate totally by foot, which might be why the TTC is often ultra crowded. But, there are plenty of reasons why the city is, in many cases, a great place to stroll through.

“A lot of Toronto is connected underground, so when it gets cold in the winter, there are still ways to get around. Then there’s the boardwalk, which allows people to walk across much of the city right on the waterfront,” Redfin Toronto market manager Blair Anderson said in a release.

“One thing people don’t always realize about Toronto is that there are lots of nature walks and trails right in the city. If it was just a concrete jungle, people wouldn’t be so inclined to walk places, but since it’s so beautiful, walking is appealing. Plus, city traffic is less than desirable these days, so being able to get around on foot is very advantageous.”

Montreal, just ahead of Toronto in the rankings, has a Walk Score of 65.4. And, owning the first-place position, Vancouver’s Walk Score is 79.8. There, the city’s focus has been directed towards building new walking and bike paths.