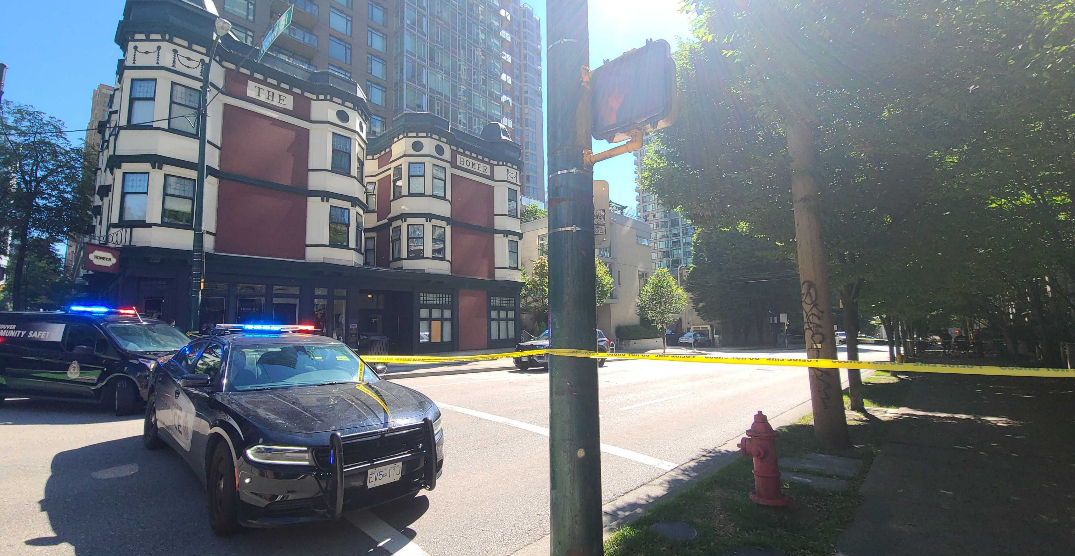 The Vancouver Police Department is investigating a stabbing that occurred around 8:30 am downtown on Monday.

The streets were closed off with caution tape between Homer and Smithe, and Smithe and Hamilton streets.

Police have not yet shared whether or not the victim and suspect were known to each other or if it was another random attack.

The VPD has been busy with random attacks in Vancouver in recent weeks. Just last week police were investigating a random machete attack that occurred in Vancouver as two people were loading luggage into a taxi cab.

Police will have more to share about Monday morning’s stabbing later today.