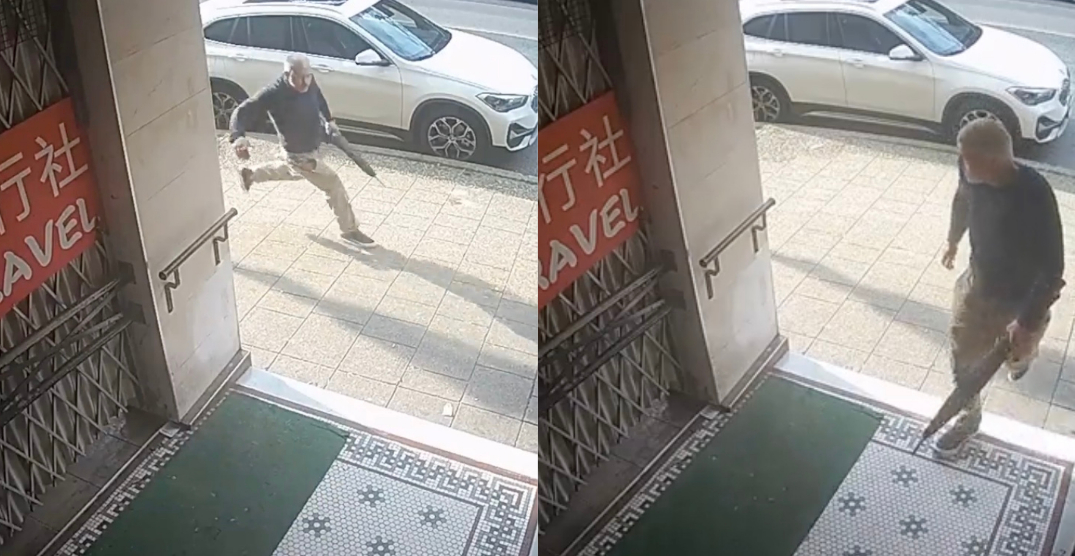 On June 20, the Vancouver Police put out a news release that involved a series of attacks that took place that weekend. That release included details about a machete attack that left two people injured.

Police say that a man allegedly slashed two victims including a 49-year-old man and a 38-year-old woman using a machete while they were loading luggage into a taxi.

They were both sent to hospital with non-life-threatening injuries.

The new imagery that VPD has shared includes a video and a photo of the suspect.

Around the time of the attack, the suspect was seen wearing a black long sleeve shirt, grey pants, black sneakers and was carrying an umbrella as you can see in the video.

#VPDNews: Vancouver Police are investigating after two people were slashed with a machete outside a Downtown Eastside hotel last month, and are asking anyone with information to call police.

In a statement, VPD Constable Tania Visintin said that the video was obtained from a surveillance camera at a nearby business.

“Given the time of day and the location of this incident, we believe there were witnesses who have not yet come forward. We also believe that people will recognize the suspect and can help us identify him.”