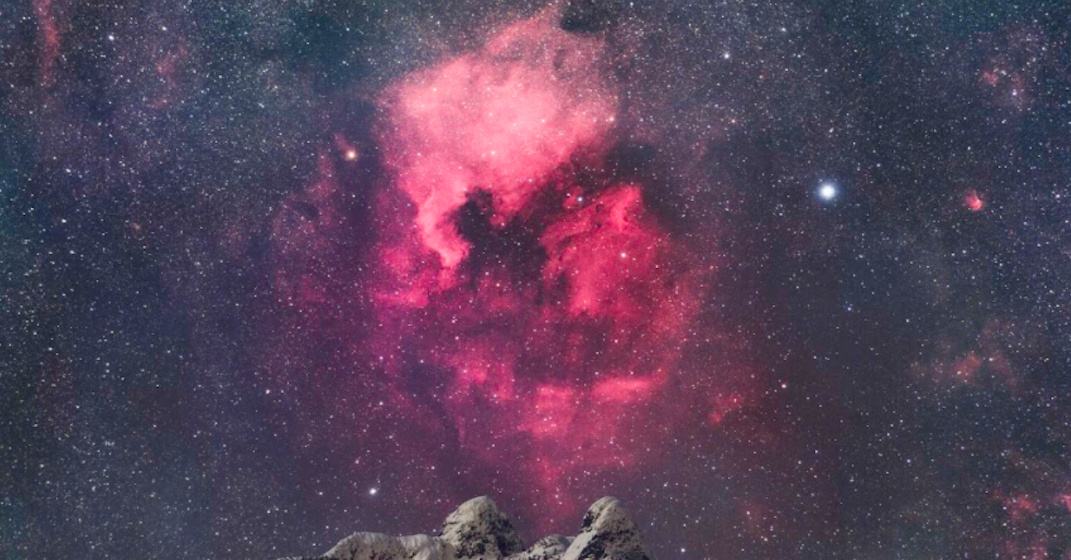 At only 20 years old, Vancouver photographer Liron Gertsman already has an impressive resume.

His work has been featured in some of the largest museums across the world, including the Natural History Museum in London and the Smithsonian in Washington, DC.

And while his latest work may be closer to home, it features worlds far beyond our own.

“There is so much to see if you can get outside on a clear night and look up at the sky,” he told Daily Hive. “Stargazing is a fantastic pandemic activity.”

But beyond just simply “gazing” at the stars, Gertsman recently captured this stunning photo of the North America and Pelican Nebulae in what’s known as the Cygnus region of the night sky, above The Lions on the North Shore. 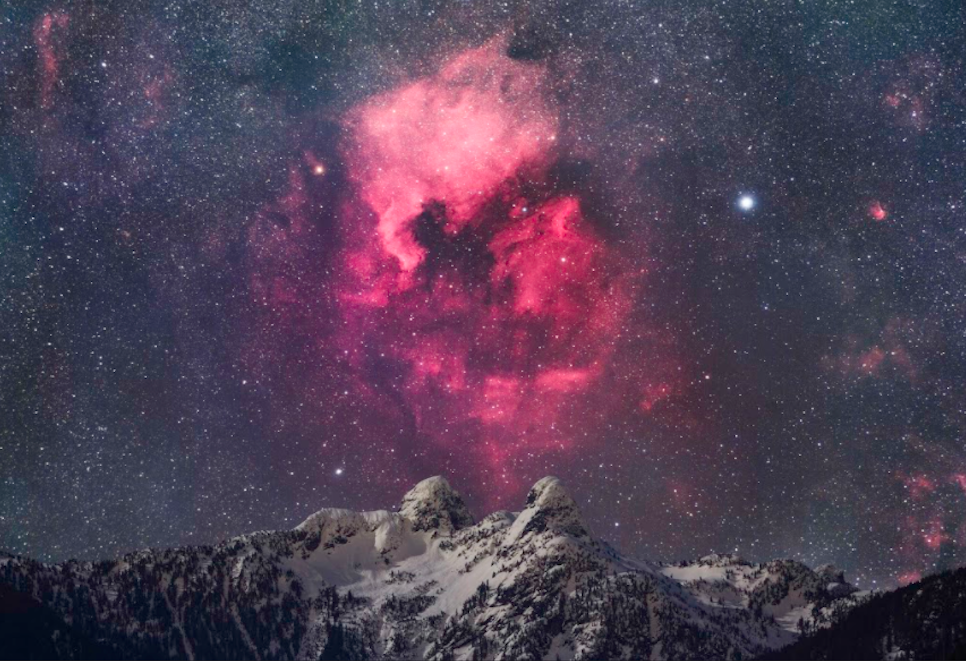 Describing it as “one of the most ambitious” photos he’s ever attempted, Gertsman shared how it all came, from planning and execution to the final product.

“I first imagined this photo a few months ago,” he said. “While running virtual simulations on my computer, I was astonished to see that the North America Nebula, a huge cloud of gas over 2200 light years from Earth, would align perfectly with The Lions, if I was in the right place at the right time.”

However, he also realized that capturing the photo would require that he take the picture from a “heavily light-polluted” area.

As such, Gertsman said he “wasn’t convinced” that the image he was trying to capture was even possible.

The other factor putting doubt in his mind was the typical wet weather Vancouver receives during the winter months.

“This is a rainforest, and clear skies can be very rare in winter,” he said.

After waiting for a few months, Gertsman was rewarded for patiently biding his time, as the opportunity presented itself on the night of January 21.

“I would be battling a 62% illuminated moon, but given the rarity of the clear night, I decided to attempt the image,” he said.

The attempt included waiting in the cold for three-and-a-half hours, and gathering long exposure data on the nebulae as it moved across the sky, until it was directly above The Lions.

The final image includes two hours of exposure time, taken without movement of his tripod.

As for his setup, Gertsman said he used a full-spectrum modified Canon 6D and a Canon 100-400mm lens at 200mm, mounted on a SkyWatcher star tracker. He also used three filters:

First, one that allows visible light to pass through but extends further than normal to the 656nm H-alpha wavelength emitted by nebulae. This data, he explained, was important for “gathering accurate colour.”

Second, an H-alpha filter, which selectively allows the 656nm wavelength of the nebula through while blocking out most moonlight and light pollution.

Third, a normal visible light filter, to gather natural colours for the foreground.

These images were combined, stacked, and stretched in post-processing to create the final image.

The photo “reveals a quantity of stars that are invisible to the naked eye from the within the city lights,” he said.

During walks through local parks while growing up, Gertsman said he “became more and more fascinated with the natural world, and my love for nature photography started to grow.”

The more people are exposed to nature, “the more they will want to protect it,” he said.  “You need to see, or experience something to fall in love with it.”