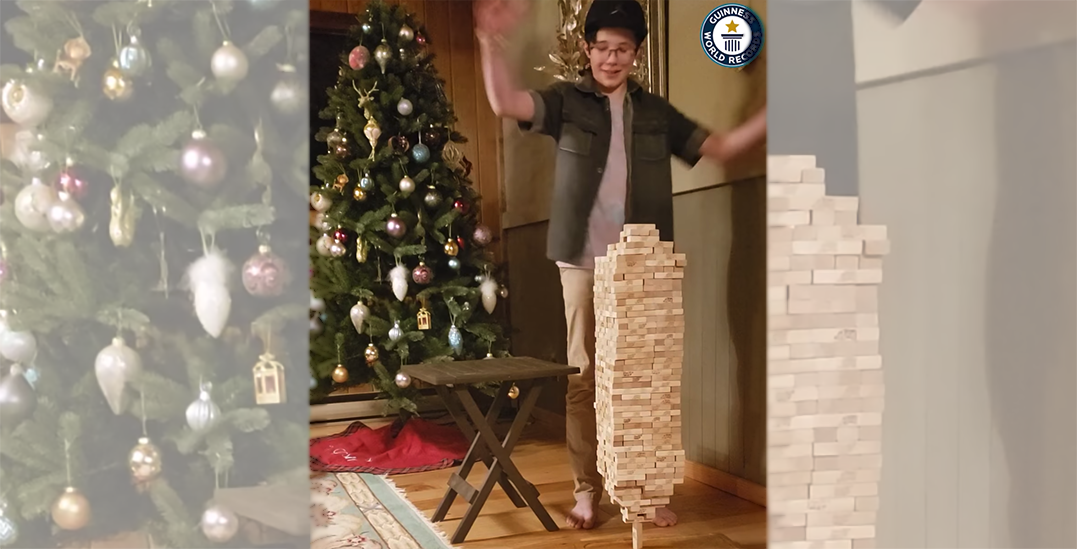 A 12-year-old from BC has entered the Guinness Book of Records for his exceptional Jenga-stacking skills.

Auldin Maxwell of Salmon Arm set the world record for most Jenga blocks stacked on a single verticle Jenga block.

Maxwell managed to tower an impressive 693 pieces on one block, making for quite the balancing act.

A video posted on the Guinness World Records Facebook page shows Maxwell completing the challenge in his living room.

According to Guinness, Maxwell has wanted to earn a world record title since he was six-years-old and he has been balancing objects “for as long as he can remember.”

“After the tower was completed, Auldin used a couple of his Guinness World Record book editions to topple the tower over for a finale with a flourish, but held on to the final Jenga block and keeps it on a shelf in his room to commemorate the event and his success,” stated Guinness.