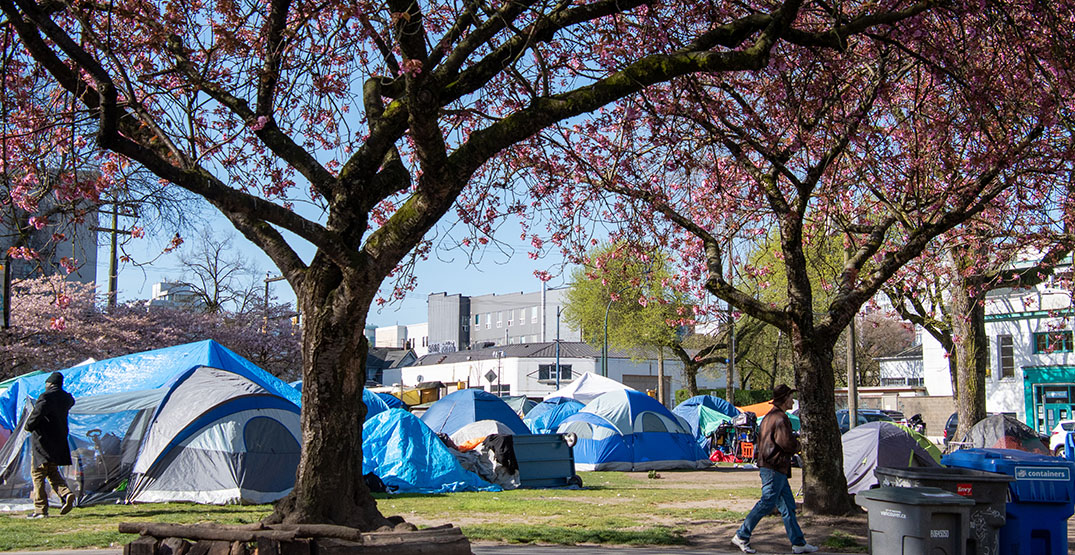 The Vancouver Park Board (VPB) has made an amendment to park bylaws that allows residents to camp in designated parks overnight.

The proposition was first brought forward in a report earlier this month. Shauna Wilton suggested that the changes were necessary due to the homelessness crisis and the rising number of people camping out in city parks.

Wilson proposed allowing people to pitch tents in parks from dusk to 7 am. Any residents who chose to do so would be required to pack up their tent by 8 am, clearing space for others in the neighbourhood.

The topic required extensive deliberation by the Park Board, who was supposed to make the decision on Monday night. The meeting and vote had to be pushed back because so many people wanted to speak.

Ultimately, the bylaw vote was passed 4-3, with “provisions to more effectively manage temporary structures and tents.”

#ParkBoard has passed a motion to amend the Parks Control Bylaw to allow for temporary overnight sheltering in parks. The amended bylaw includes provisions to more effectively manage temporary structures and tents for those seeking shelter in parks.

The Park Board adds that the bylaw amendment aligns with the BC Supreme Court. Prior to the amendment, pitching tents in parks was technically illegal. The bylaws couldn’t be enforced, however, because it would be a Charter violation due to the city’s lack of shelter capacity.

It was also decided the overnight camping would only be allowed in parks that are at least 25 metres away from schools and in areas that wouldn’t pose a fire hazard.