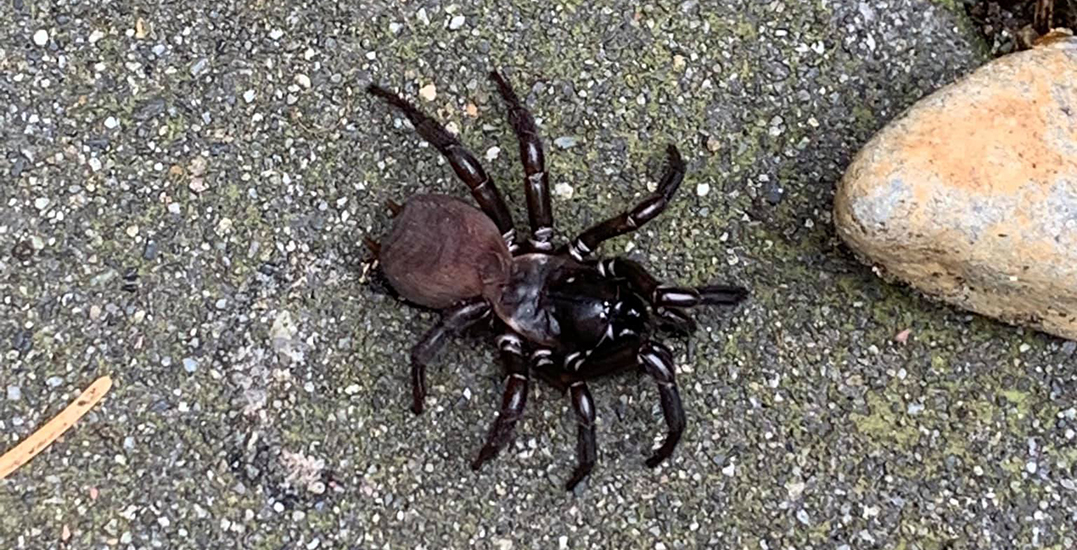 A Vancouver Island woman and her dog recently stumbled upon a unique and rarely seen arachnid.

Krysten Leigh told Daily Hive that she was walking her dog when it noticed a Pacific folding door spider.

“He was sniffing at something and when I looked over I had to do a double-take,” she says in an interview. “I couldn’t believe that was really a spider.” 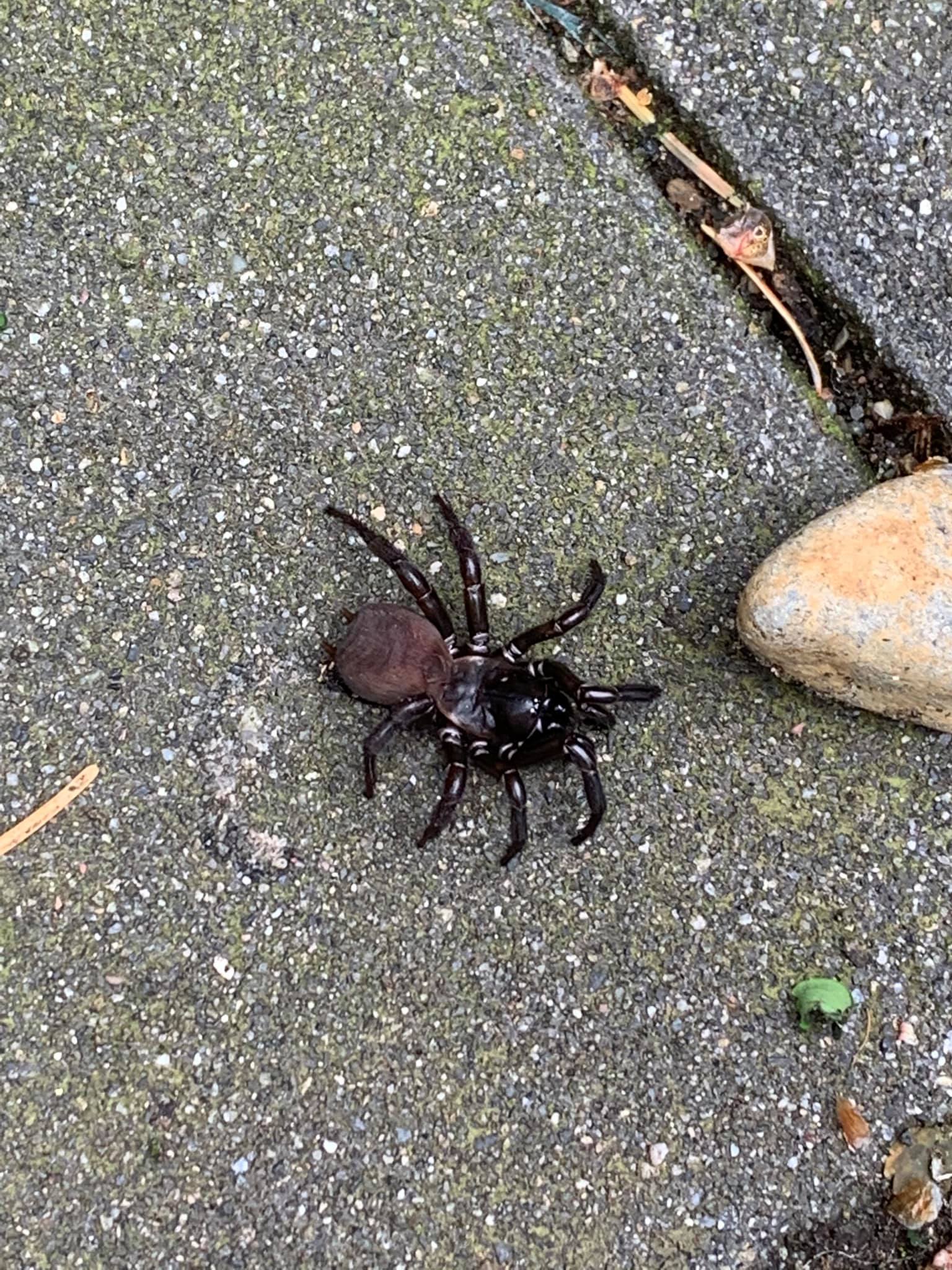 Leigh quickly took a picture and later sent it to a pest control company, just in case it was dangerous.

“I was terrified,” said Leigh. “I initially took the picture to show to my mom. She was the one who was like, ‘You should probably call someone!'”

Leigh added that while she might have been freaked out, her dog, described as an “adventurous” Pomeranian, was all the more curious about the arachnid.

“He kept trying to get close when I was taking the picture, but I didn’t know how the spider would react to him.”

Claudia Copley, Entomology Collection Manager and Researcher for the Royal BC Museum, told Daily Hive that Leigh came across a female Pacific folding door spider. Females rarely leave their burrow, so it’s not often that they’re seen by humans.

In most cases, it’s the males that are seen, since they leave their burrow in search of a mate. That only takes place in the fall, however. They also have a fairly long lifespan — approximately 20 years — because they’re a relative of the tarantula.

“This species ranges much further north along the coast of British Columbia,” explained Copley. “We have found it on Haida Gwaii; it even still lives in the gardens here at the museums.”

She notes that despite its unique appearance, it’s not a particularly large spider.

“The crack in the walkway gives a sense of scale,” she says, referencing Leigh’s photo. “Approximately 5 cm.”