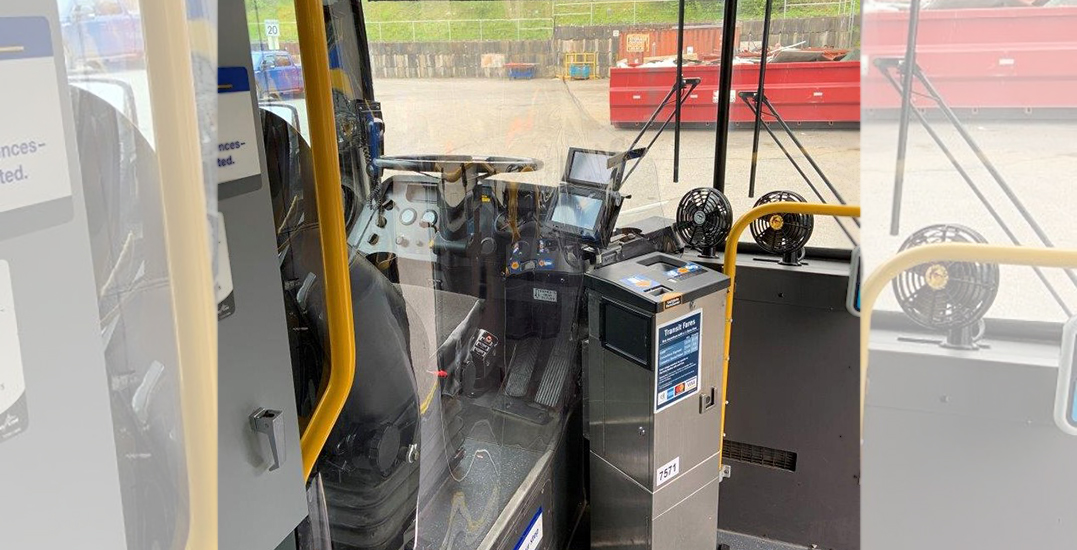 Vinyl barriers that are being installed on the remainder of TransLink's bus fleet. (TransLink)

TransLink has announced that front-door boarding and fare collection will return on all buses next month.

Fare enforcement on Metro Vancouver’s transit buses has been suspended for the past six weeks, accompanied by a rear door-only boarding policy that limited use of the front door.

The policy was implemented to reduce bus driver interaction with passengers. Some exceptions to the rule applied, such as those with strollers or wheelchairs that needed the front door’s accessible ramp.

The measures will restart on June 1, 2020, alongside the addition of protective barriers that are being installed on the remainder of the company’s fleet. 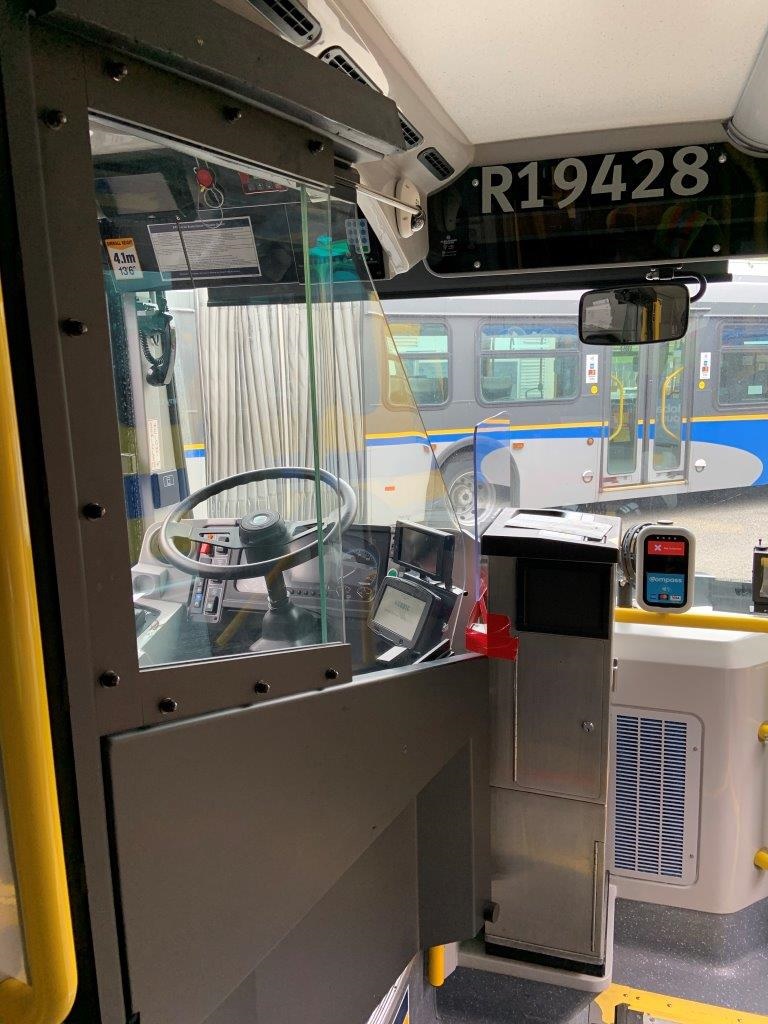 Temporary plexiglass extension barriers that have been added to buses with operator barriers. (TransLink)

Buses that already have operator barriers are having plexiglass extensions installed, while vinyl barriers are being installed on the remainder of the fleet. 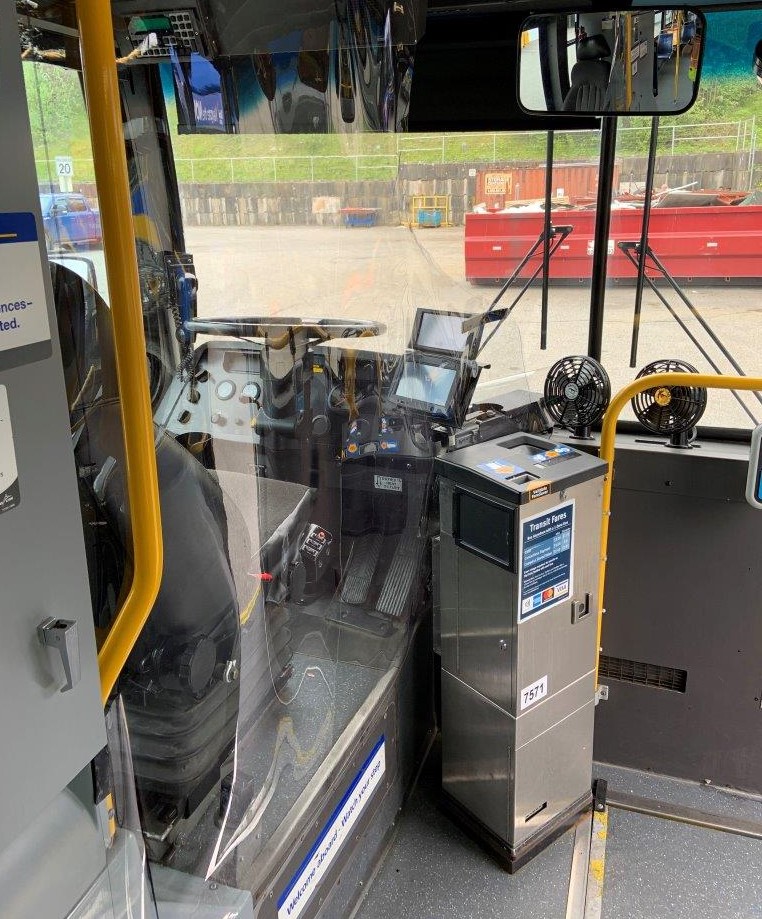 Vinyl barriers that are being installed on the remainder of TransLink’s bus fleet. (TransLink)

TransLink says that “given current ridership levels,” it’s expected that approximately $2 million per month will be collected once fare collection resumes.

Even with all the major service reductions and other expenditures to date, however, the public transit authority loses approximately $75 million per month.

By the end of April, TransLink said that overall ridership across the system dropped by 83%, with 75,000 people still relying on their services daily.