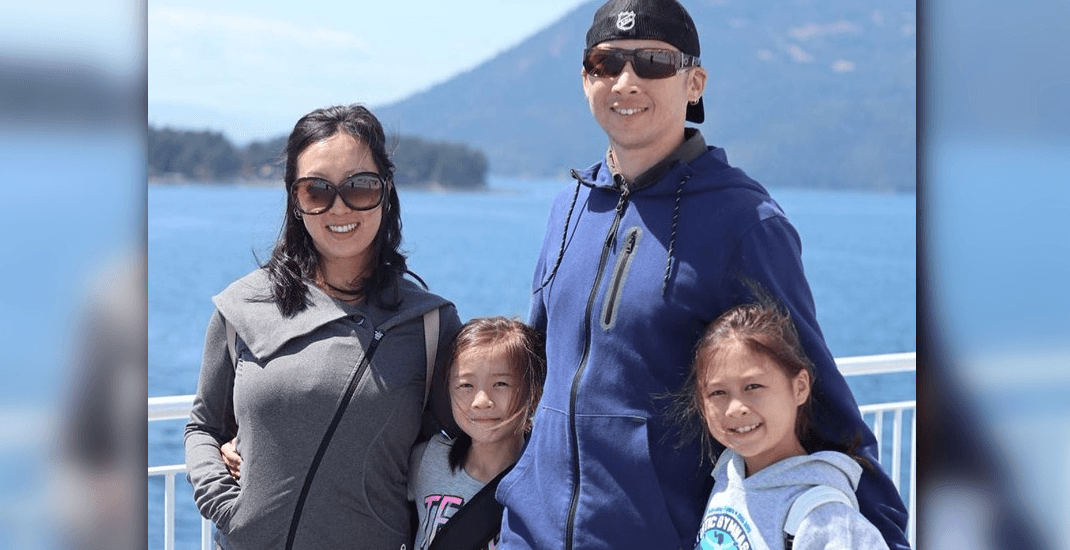 A Vancouver Island father is in desperate need of a stem cell transplant after learning his leukemia returned after enduring five rounds of chemotherapy.

Jeremy Chow was first diagnosed with leukaemia just before Christmas of 2018. Doctors considered him in remission in June 2019, but after a routine blood test days before his birthday this month, Chow was informed that the leukemia had returned.

“Jeremy is definitely a very family-oriented person. I can see how much he cares for his wife (my cousin) and his two little girls. They just absolutely mean the world to him. He’s also a very caring person,” Chow’s family member, Vince Louie, told Daily Hive via email.

Chow is having difficulty finding a donor due to his mixed Chinese and British background.

Currently, there is no match for him in the national and worldwide stem cell registry.

“It’s heartbreaking but when he was first diagnosed, the only match found in the system was his own, which I believe he had submitted a year earlier,” said Louie. “That just shows the type of person he is, always willing to lend a hand and help others.”

Anyone aged 17 to 35 willing to provide a sample of their DNA through a cheek swab is encouraged to sign up.

“If the person is found to be a match for someone then there will be additional processes to follow if they choose to help,” said Louie.

Details for the donation process can be found here.

“They’re not only aiming to help Jeremy but also another patient who requires a stem cell match,” said Louie.

The drive will take place from 9 am to 4 pm at 4000 Bayview Street in Richmond.