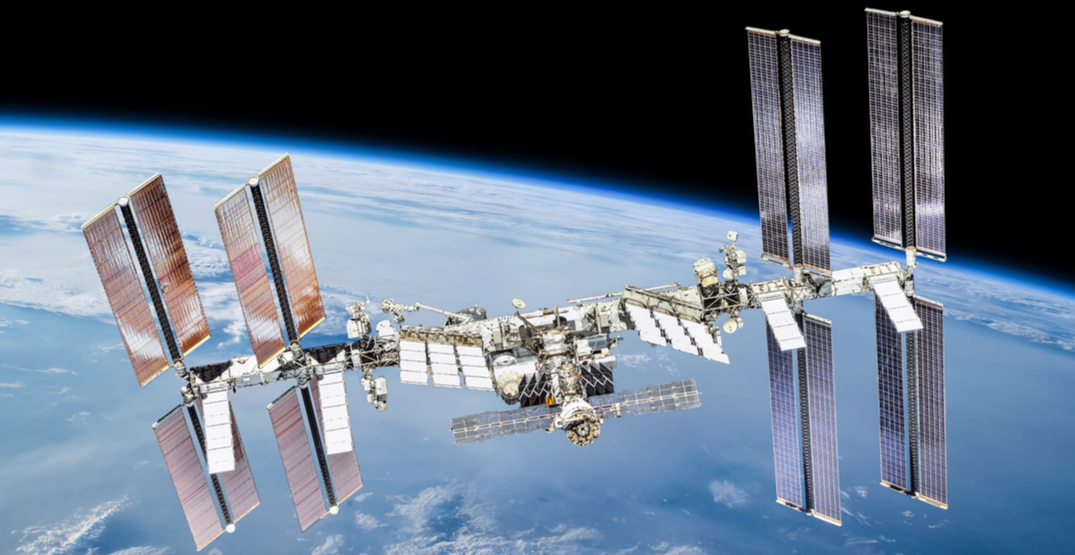 While Vancouver’s skies are once again clouded by the wildfire smoke that’s creeping up from the US, residents should be aware that – weather and conditions permitting – the International Space Station (ISS) will be in viewing range over the city tonight.

According to Spot the Station (STS), the ISS will be visible shortly before 8 pm and for a brief minute before 9 pm.

According to STS, the space station is Earth’s only microgravity laboratory.

“This football field-sized platform hosts a plethora of science and technology experiments that are continuously being conducted by crew members, or are automated,” STS states. “The space station serves as a testbed for technologies and allows us to study the impacts of long-term spaceflight to humans, supporting NASA’s mission to push human presence farther into space.”

For those wondering what exactly to look for, STS states that the ISS “looks like an airplane or a very bright star moving across the sky, except it doesn’t have flashing lights or change direction.”

It will also be moving considerably faster than a typical airplane; airplanes generally fly at about 600 miles (965 km) per hour, while the space station flies at 17,500 miles (28,000 km) per hour. At this rate, the ISS circles the Earth every 90 minutes, giving the crew 16 sunrises and sunsets every day.