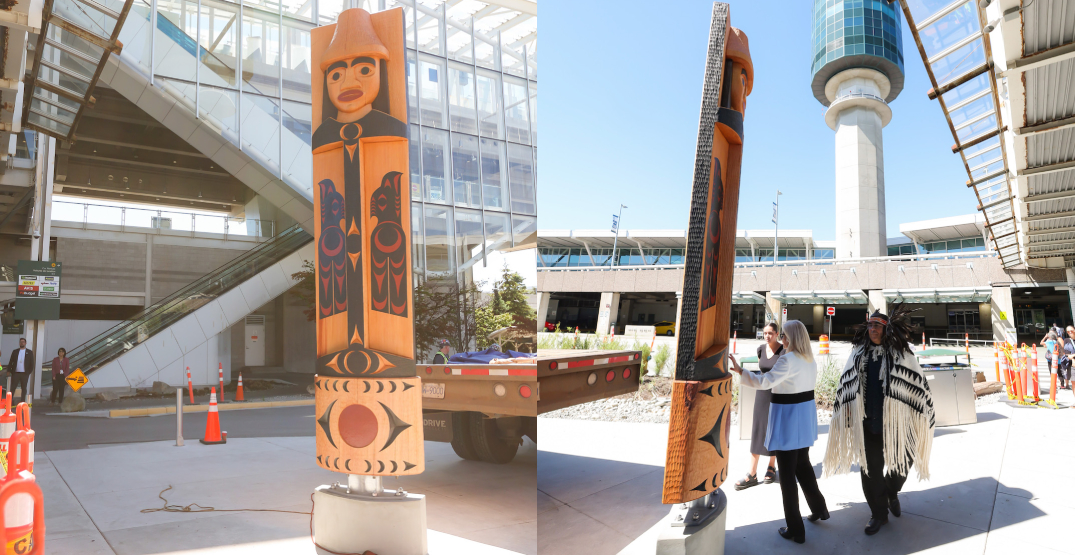 Furthermore, after much consultation and coordination with the Musqueam Indian Band, three traditional poles of the Gitxsan First Nation that were previously located in the immediate area have been relocated to a neighbouring park.

The area in and around Chester Johnson Park and the adjacent roadways have been a construction zone in recent years to accommodate the access required for the major parkade expansion, and the infrastructure to support the previous terminal utility project. 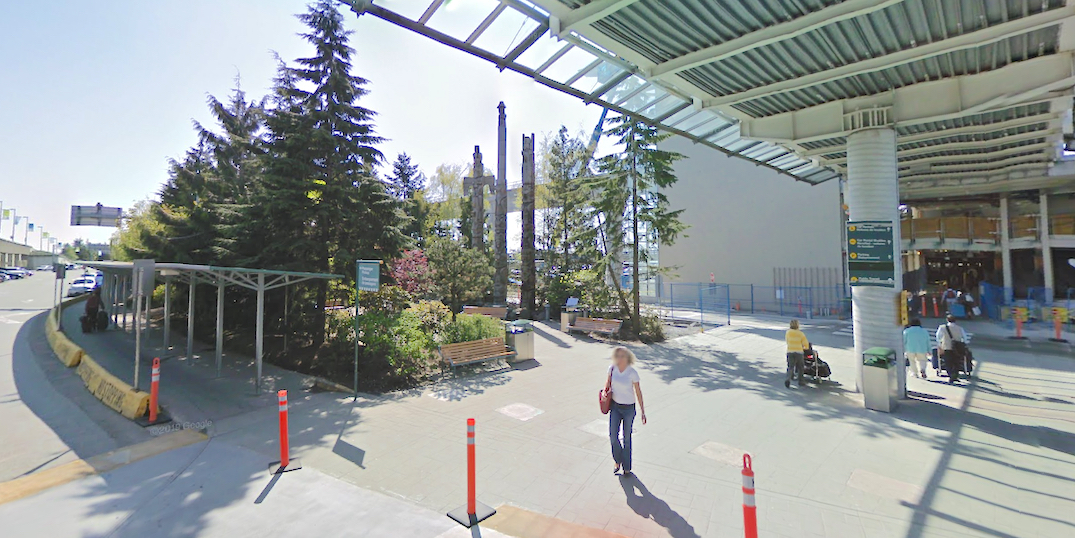 YVR has been working more closely with the Musqueam nation since 2017, when it signed a 30-year benefits and friendship agreement with the First Nation that acknowledges the airport is located on their traditional territory.

The installation of the Gitxsan poles predates YVR’s Musqueam partnership. The trio of poles were created in 1970 by Gitxsan hereditary chiefs and students, and have been on loan to YVR from the Museum of Vancouver since 1995.

Essentially, the previous poles next to YVR Airport Station are representative of the wrong First Nation in the area. 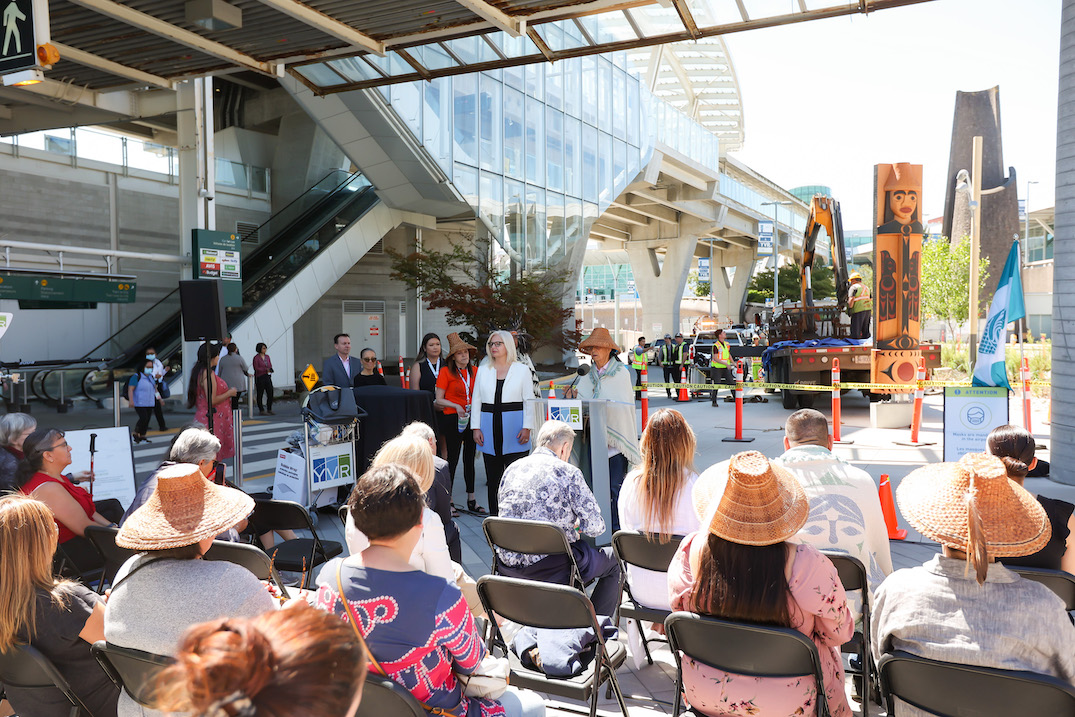 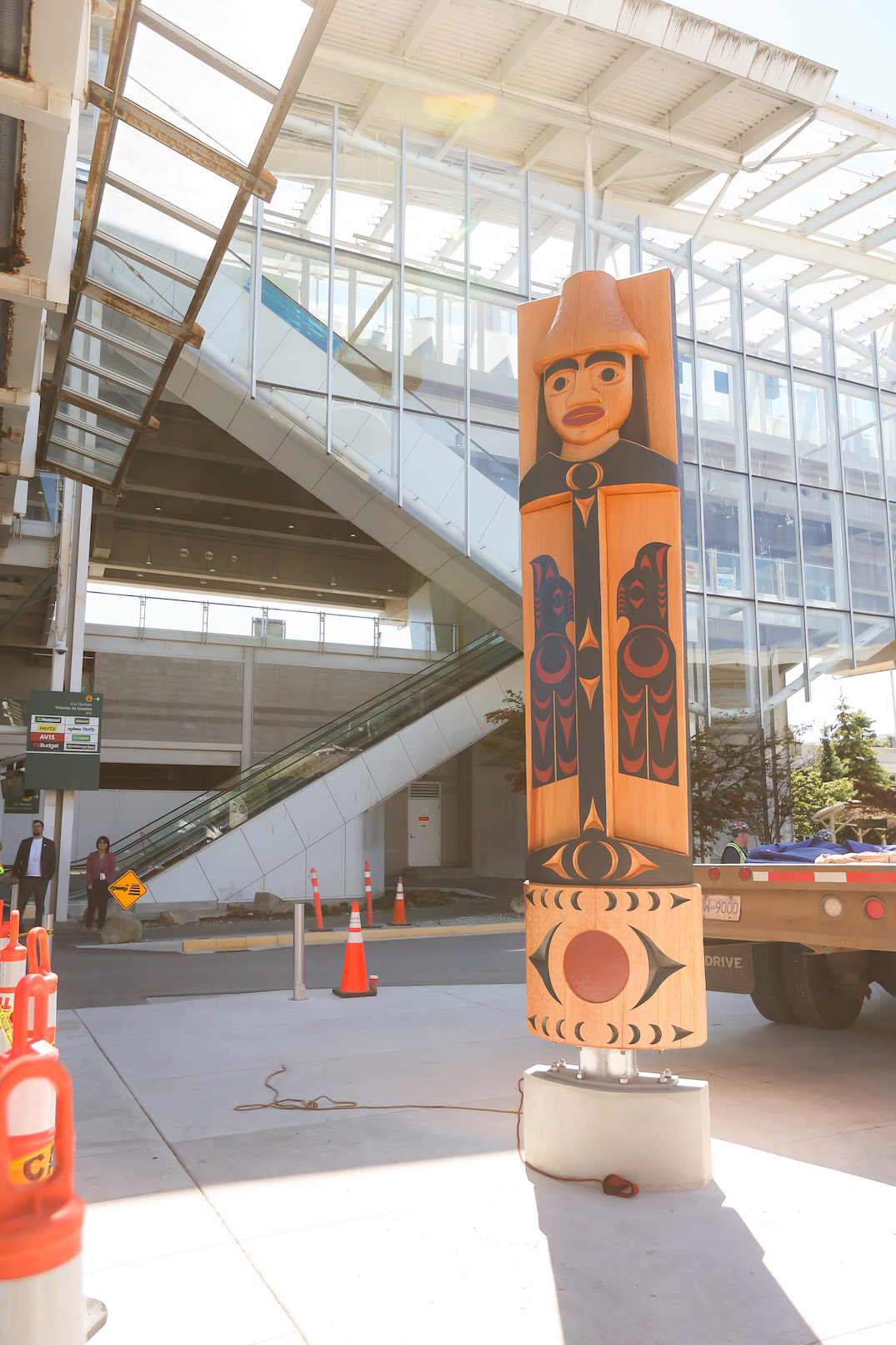 “Thank you to everyone at YVR for taking responsibility and correcting the mistake of raising Gitxsan poles on Musqueam territory,” said Musqueam chief Wayne Sparrow in a statement.

“This ceremony is another step on our shared path towards reconciliation, and is an example of how other organizations and businesses can remedy their mistakes of showcasing Indigenous artwork that does not represent the nations whose land they are on.”

The installation of the Musqueam welcome figure and the relocation of the Gitxsan poles were commemorated in a ceremony on Tuesday.

“The work of raising a Musqueam welcome figure in this central location at YVR and relocating the poles of Gitxsan nation with permission is a significant step in our partnership with Musqueam and journey toward reconciliation,” said Tamara Vrooman, president and CEO of Vancouver Airport Authority. 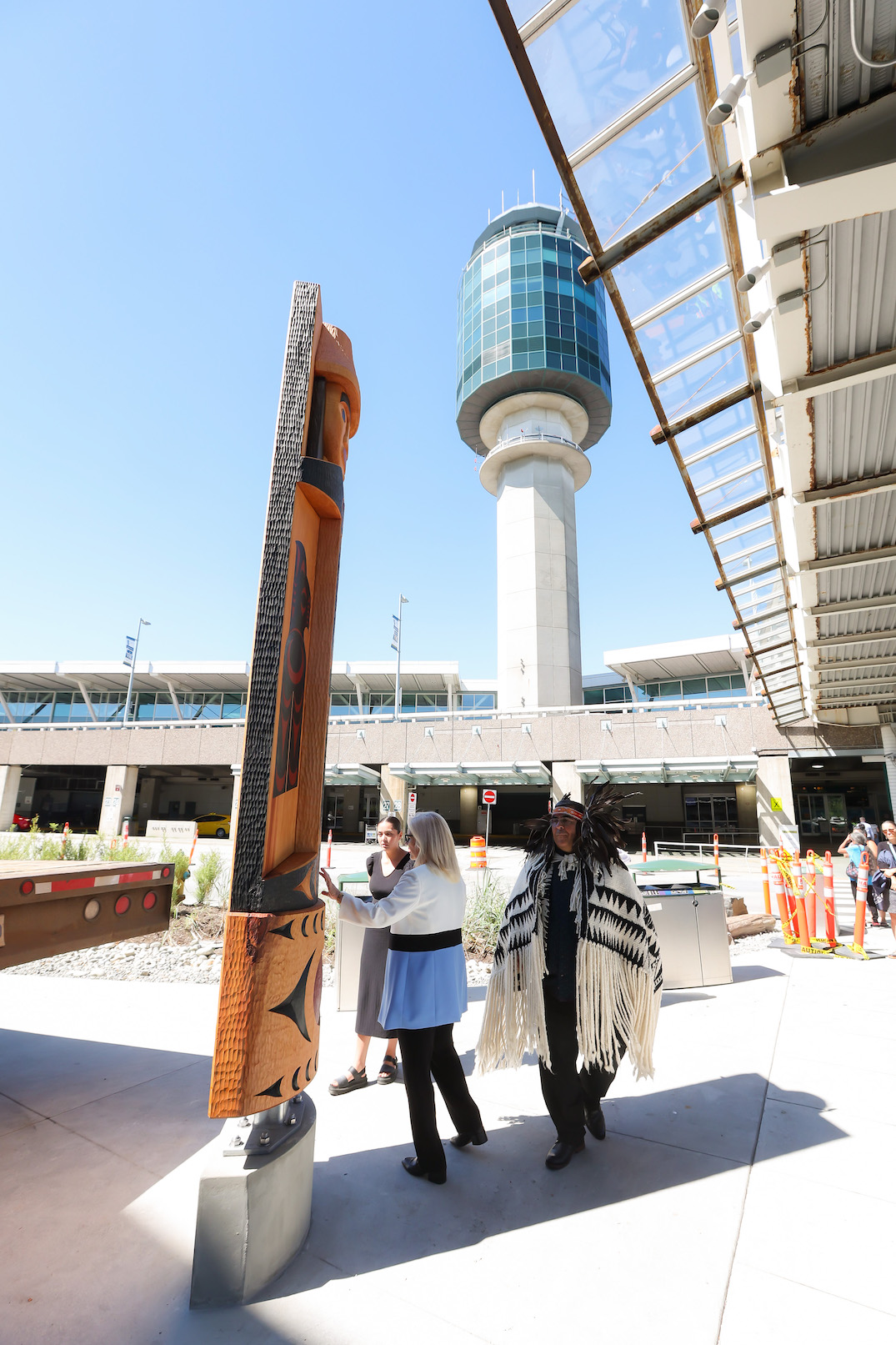