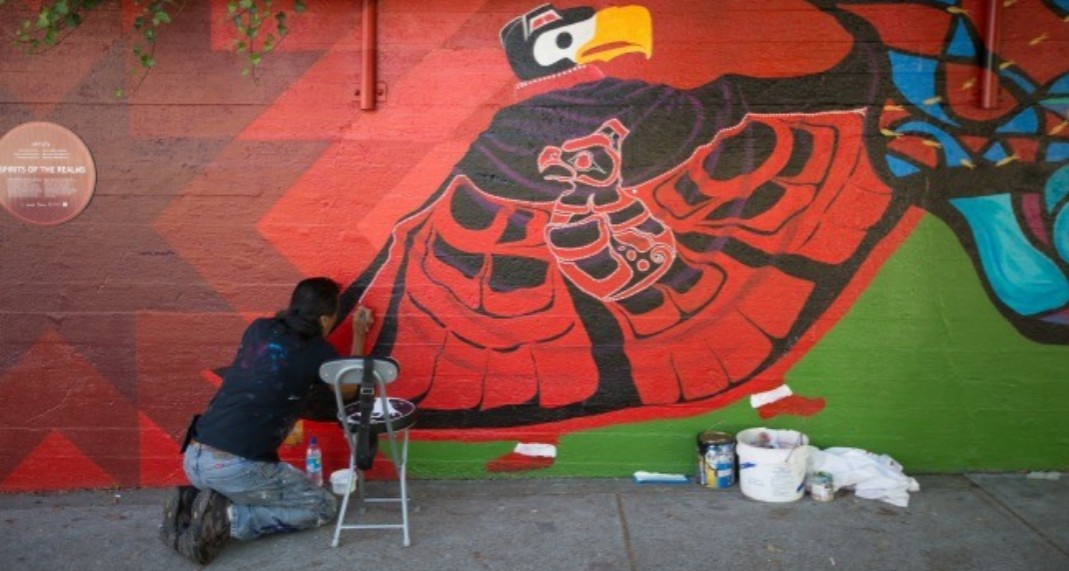 The City of Vancouver is inviting all Indigenous artists to submit proposals for new public artwork, including one on the steps of City Hall.

Specifically, the city is looking for exterior murals and  two-dimensional integrated artworks to appear in Vancouver and be completed by the fall.

Like other murals in the city, these works will be semi-permanent and be replaced in two to three years. The artwork must be original and visible to the public.

Those wishing to apply must be Indigenous and/or part of team in which Indigenous people play a central creative role, and have an understanding of Indigenous design and contemporary practices.

The artists should choose the spot they wish to display the artwork and acquire permission to do so, though a list of potential locations that the city would like to see works was also provided.

The city has a number of other areas that it wants covered, including two spaces for murals, but encourages artists to submit locations of their own.

The push for Indigenous artwork is part of what’s known as the City of Reconciliation program, which hopes to support local Indigenous artists while helping foster a connection between the city and its Indigenous peoples.

“Public art provides exposure for contemporary artists working today, while also serving as a public connection to our life in a city that is home to many Indigenous peoples and situated on the unceded and ancestral homelands of the Musqueam, Squamish, and Tsleil-Waututh First Nations,” said Branislav Henselmann, the city’s Managing Director of Cultural Services, in a release.

The application deadline for the program is April 18th and more information is available on the city’s website.