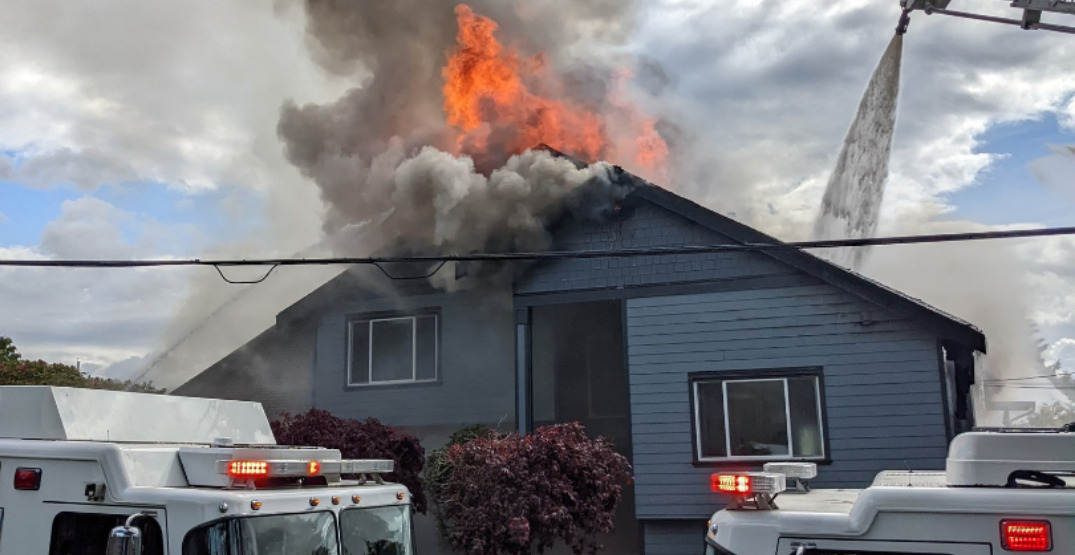 A house fire that broke out on 61st Avenue and Ash Street in South Vancouver has left one house uninhabitable, but now Vancouver Fire Rescue Services is turning its attention to drivers due to the way they navigated a hose.

It’s too early for fire investigators to determine what may have caused the fire, and thankfully nobody was hurt. A truck was already in the area at the time the fire broke out, which allowed the response to be fairly quick.

The fire is now somewhat of a cautionary tale about why drivers need to be more cautious around active fires. 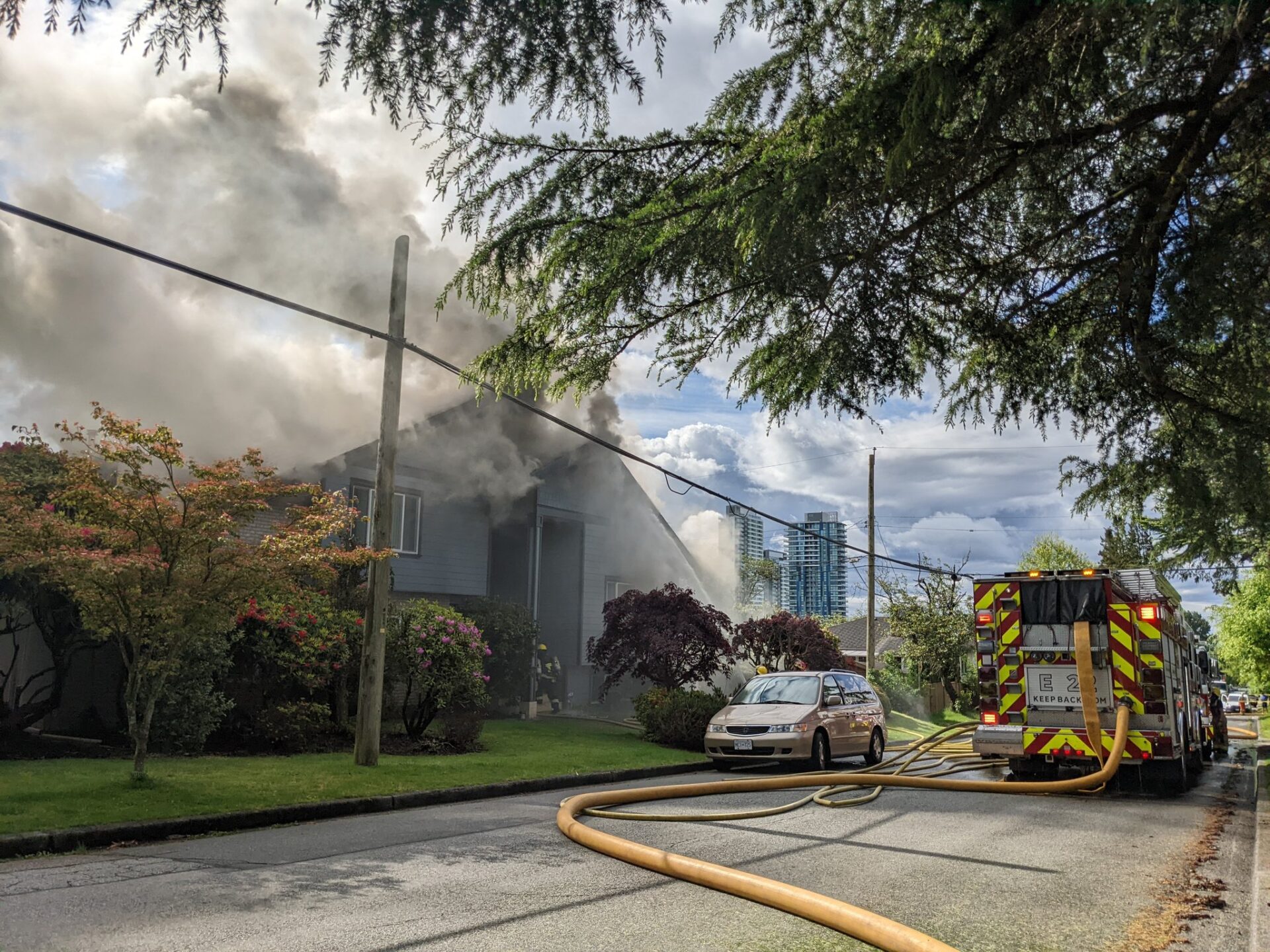 VFRS received a call about the fire just before 9 am, and Assistant Chief of Operations Trevor Connelly spoke to Daily Hive about the incident. Luckily no one was harmed, nor were the neighbouring buildings.

“Crews were able to contain the fire and keep it from spreading to adjacent structures,” Connelly said. 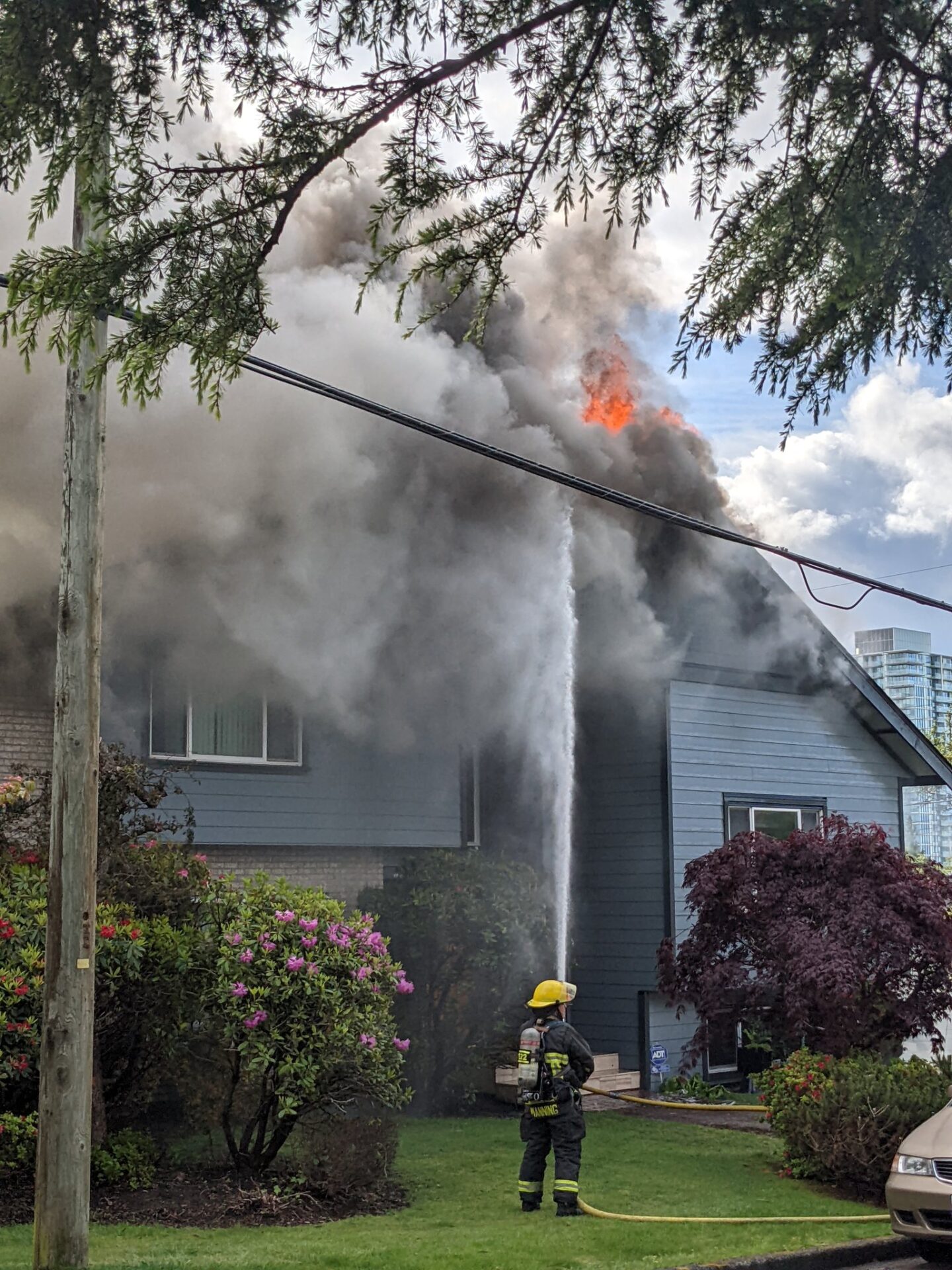 Fire crews had no choice but to place their hoses across a busy Cambie Street, but it seemed as though drivers thought it was okay to drive over the hose. Connelly said that over 10 different vehicles had driven over the hose.

“One of those cars caused the hose to sever.”

Thankfully it wasn’t a complete sever, but Connelly added that it’s “an extremely dangerous situation for fighters.” 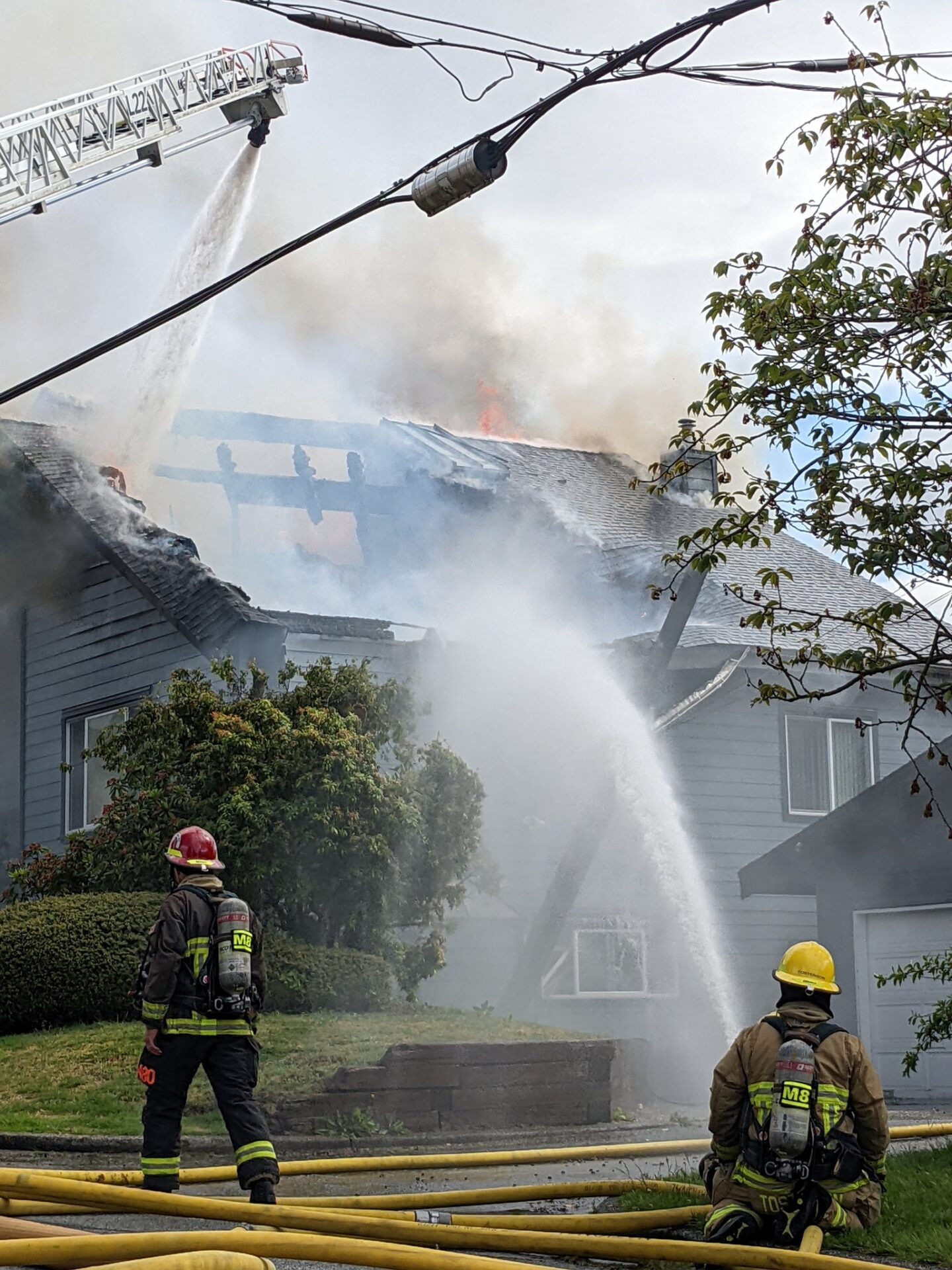 “We have crews inside that burning structure that rely on that water to keep them safe, and when a car drives over it and we lose our water supply, that puts our fire crews and anybody that’s in that building that fire crews are trying to rescue in an extreme level of peril.”

The main message is to find another route. Take a detour, go around, but don’t drive over the hose. 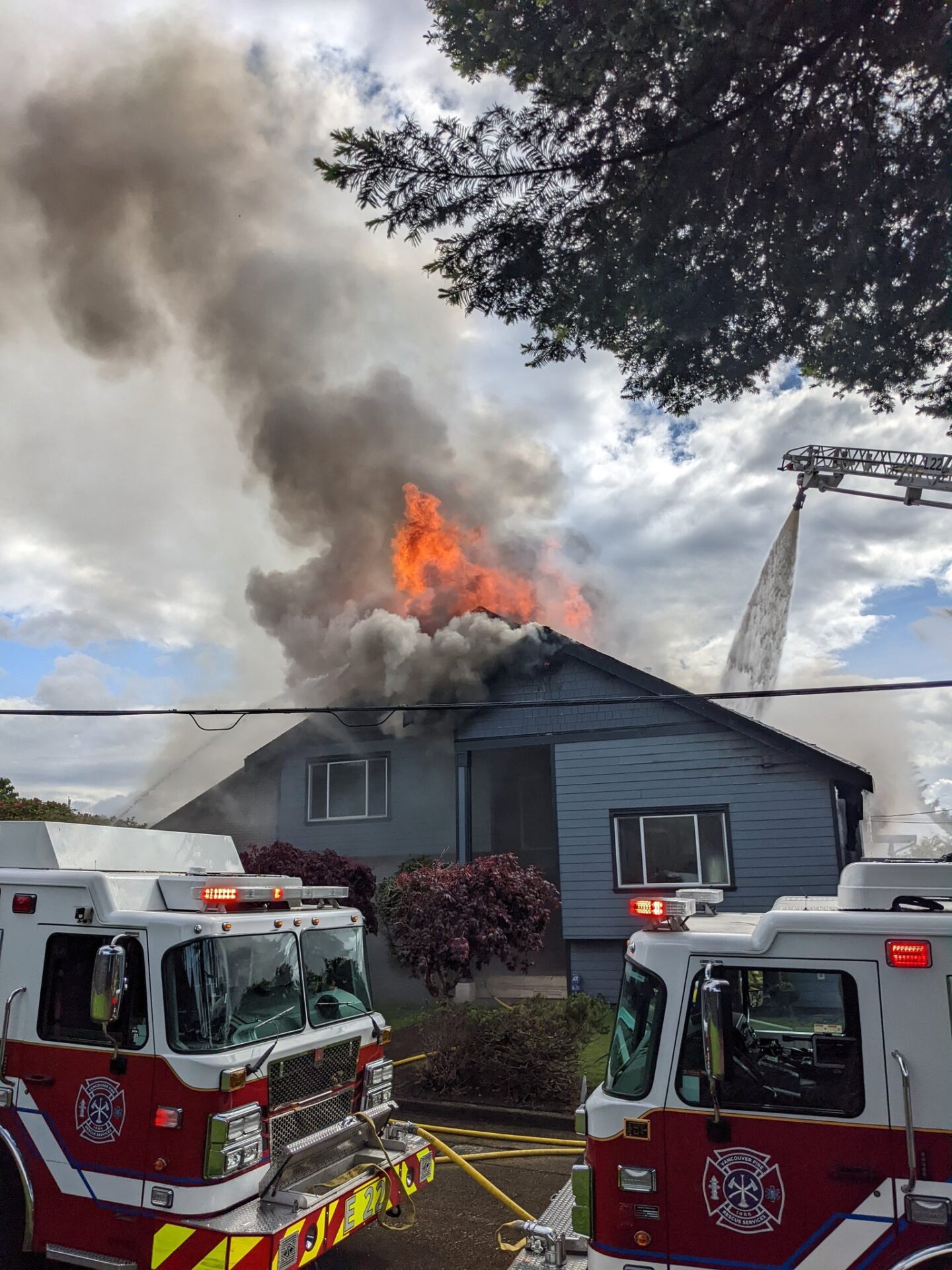 “They sit five to six inches off the ground and a lot of cars don’t have that kind of clearance.”

He added that hot exhaust pipes and mufflers can also cause damage to the hoses.

Twitter user Matthew Van Deventer took photos of the blaze as he was heading into the city.

“The house is toast,” he said in a tweet, adding that the roof on the south side had collapsed, something that VFRS confirmed.

Big fire at Ash and 61st Ave in Vancouver.

Noticed it coming into the city and its raging inside a house. pic.twitter.com/PXnHOy4r1N