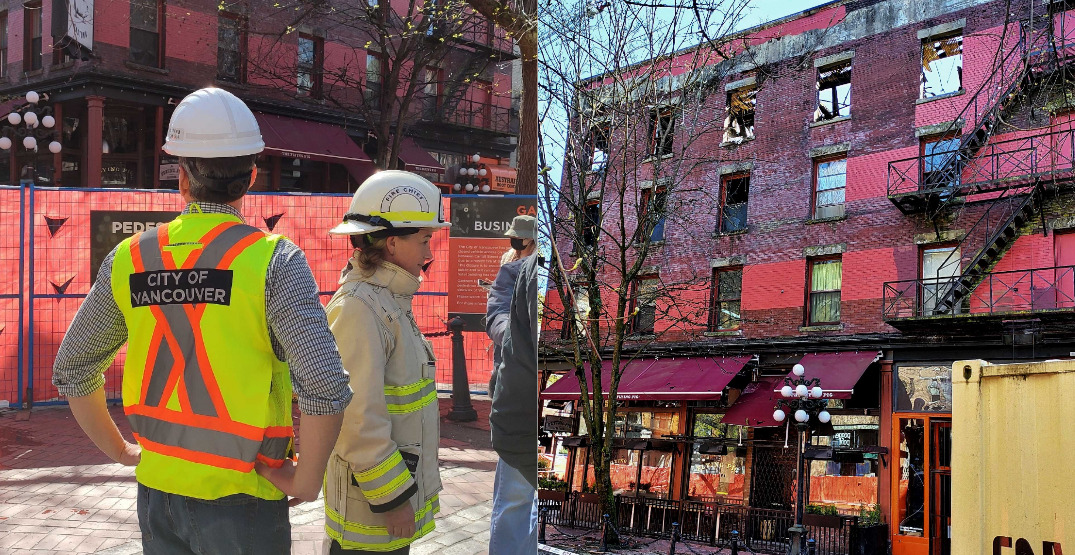 A thorough inspection of the Winters Hotel in Gastown has not taken place due to the structural instability of the building, and the ongoing demolition means it likely never will.

Vancouver Fire and Rescue Services (VFRS) met with the media outside of the partially demolished Winters Hotel in Gastown at 203 Abbott Street last week, and there are still many questions surrounding the future of the building and the demolition.

On Friday, VFRS revealed that the demolition of the Winters Hotel was halted due to a body being discovered within the building. Hours later, it announced that a second body was found.

Due to the fact that VFRS has not been able to fully explore the building, there is a possibility that more discoveries could be made in the future.

Demolition was scheduled to wrap up sometime this past weekend, but the tragic discovery meant work slowing significantly. VFRS announced on Friday that demolition would resume on Monday.

During her public address on the same day, Vancouver Fire Chief Karen Fry suggested that outside of the day that the fire broke out, none of the crews have been inside the building out of concern for safety. The building was deemed structurally unsound.

A preliminary investigation revealed that the cause of the fire was accidental, likely related to unattended candles.

The tragic reality is that the possibility of other bodies inside the building has not been ruled out. A cause of death has also not yet been revealed for the two bodies that were discovered.

Daily Hive has reached out to BC Housing for more information on potential missing persons.