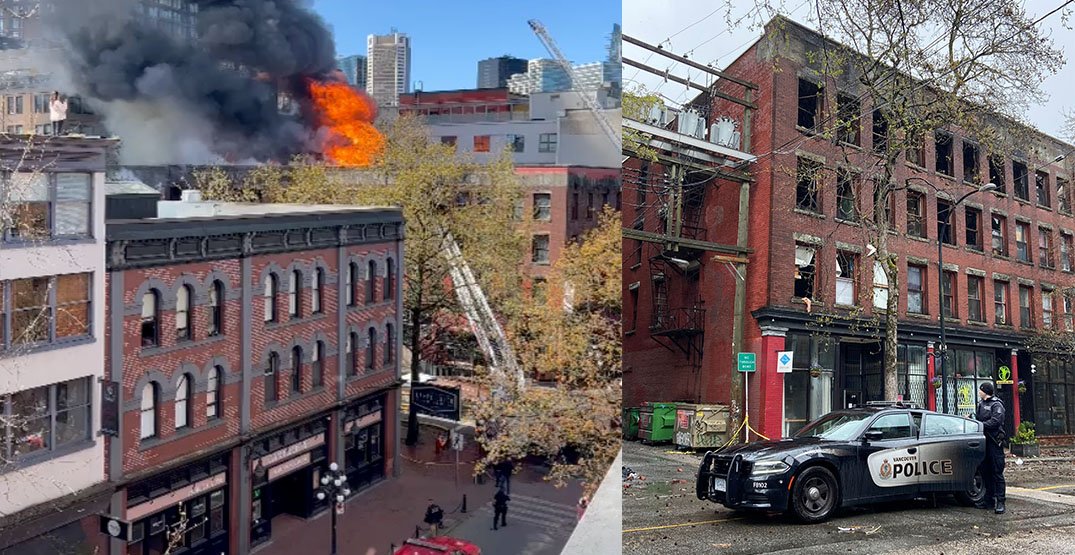 Vancouver police released the names of two people who died in a devastating fire at the Winters Hotel in Gastown last month.

The two victims were identified by their DNA, police said in a news release Wednesday.

The bodies of Mary Garlow, 68, and Dennis Guay, 53, were found in the charred building after the fire. Both of their families have been notified, police said.

The four-alarm fire broke out on April 11, sending a huge plume of smoke into the sky that was visible all the way from the North Shore. It’s thought the fire started from an unattended candle that was burning on the second floor of the single-room-occupancy hotel.

The building at 203 Abbot Street contained the SRO operated by Atira, as well as several businesses.

The burned building was demolished in late April. It took longer than expected because crews discovered the two bodies after officials initially said all occupants of the hotel were accounted for.