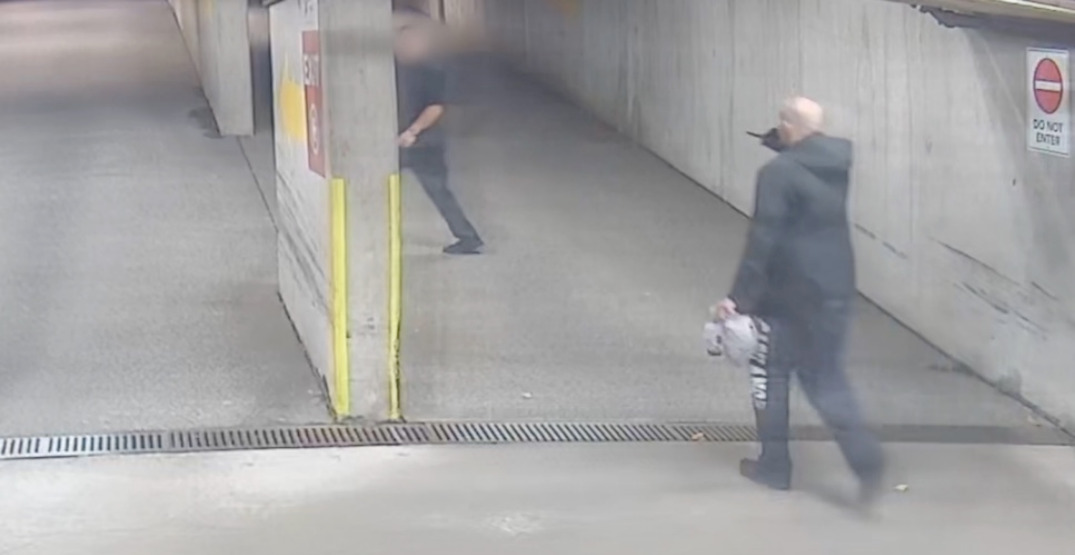 An employee at a downtown Vancouver hotel was threatened with a knife in an underground parking lot.

The incident occurred at a hotel on Robson Street in downtown Vancouver on October 8.

Vancouver Police have released a video of the incident, and are asking anyone who may know the suspect to contact the police.

VPD has identified the suspect as a bald, clean-shaven man, likely in his 30s. At the time of the incident, he was wearing a black jacket over an orange shirt, with black pants, and apparently multiple cuts and bruises over his body.

The concierge confronted a man who entered the hotel parkade and was peering into random vehicles. The man then pulled out a knife, and allegedly threatened the Vancouver hotel employee, before proceeding to flee out into the street.

In the video, the suspect is seen having a conversation with someone off screen. Moments later, the hotel concierge runs away from the suspect wielding a knife, holding just a traffic cone to protect himself.

“This incident undoubtedly terrified the victim, who was only doing his job when the man pulled a knife and chased him,” said VPD Constable Tania Visintin in a statement.

“We have not yet identified the suspect, so we’ve released this video with hopes that someone out there knows who he is.”

Police say that a pedestrian saw the commotion and called police, but the suspect left the scene before officers arrived.

There has been an apparent rise in brazen stabbing incidents in recent weeks.