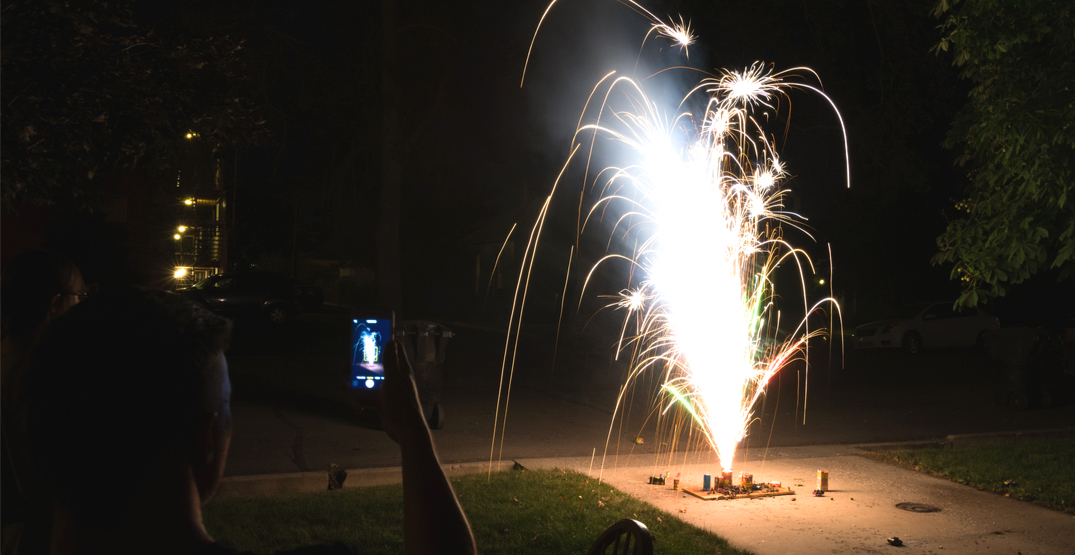 It’s Vancouver’s first Halloween with a fireworks ban in place but the City is still expecting it to go off.

The City of Vancouver has prohibited the “sale to and use of fireworks by the general public” since just after Halloween in 2020.

And on Saturday, October 30, there were plenty of pyrotechnics across the city despite the ban.

“I am unsure what happened over the weekend, I know they were busy,” said Brian Bertuzzi, Assistant Chief of Vancouver Fire Services (VFS,) to Daily Hive.

“We’re expecting a ton of fireworks tonight,” he said. “It is against the law now, and we will try and enforce it when we can.”

On Sunday, October 31, VFS said that there would be fire crews patrolling the city  in the evening.

“If we see people lighting off fireworks, we call in our fire prevention officers with the police and they can issue bylaw infraction tickets,” said Bertuzzi.

In Vancouver, people who are in possession of fireworks or setting them off can face fines of up to $1,000 per offence.

VFS doesn’t have data yet on how many pyrotechnics-related calls there have been so far and they’re still expecting more. “It’s going to be interesting tonight,” said Bertuzzi.

Daily Hive reached Vancouver Police for more information on enforcement and will update this story.