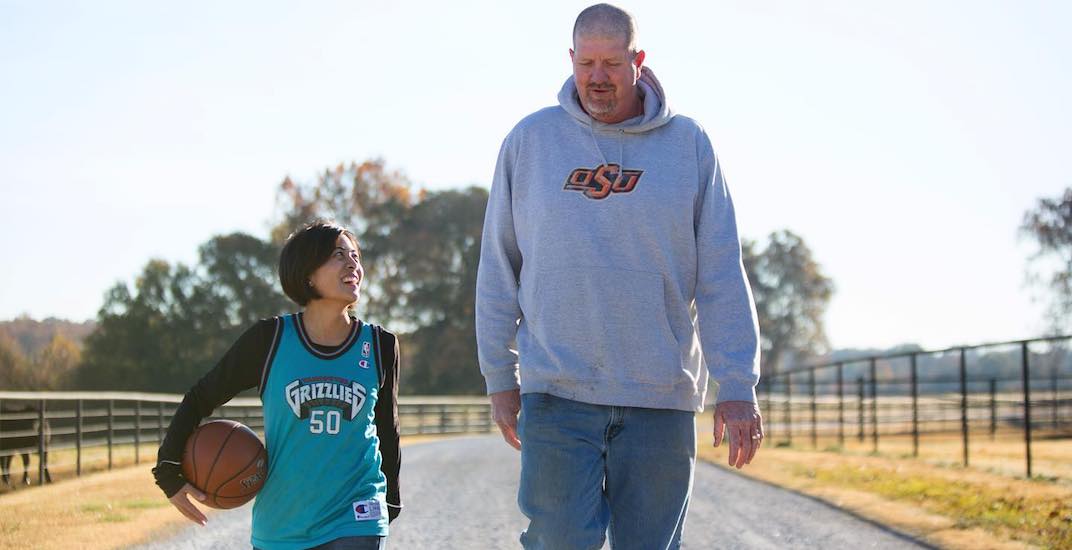 From the makers of the award-winning film Finding Big Country, comes another documentary about the Vancouver Grizzlies.

This one’s short, just under 18 minutes in length, and can be viewed in its entirety below.

It’s called “We The West,” and is essentially a prequel to the next feature-length film about the Vancouver Grizzlies that’s in the works says filmmaker Kat Jayme.

“After Finding Big Country I was just blown away by the amount of people who came up to me,” Jayme told Daily Hive.

The short documentary features diehard Grizzlies fans, including local hip hop artist Transit, who made a pretty catchy song about the team.

“Through Finding Big Country I made a bunch of new friends. It was nice to know that I wasn’t the only one out there,” added Jayme.

We the West launched on the StoryHive YouTube channel and can also be found on Telus Optik TV by searching it by name on Channel 707. Check it out in its entirety here:

As for the feature-length film, Jayme expects it to be ready sometime in 2021.

“I’ve always wanted to tell the full story about the team and what happened,” she said.

Whereas the first movie focused on the story of Bryant Reeves, the second documentary will be about “getting to the bottom of why the team left,” says Jayme.

Jayme’s passion for the Grizzlies, who moved to Memphis in 2001, was evident in the first film. As the title suggested, the documentary was about locating Big Country, but what gave the film life was telling the story through her eyes.

“Despite [the Grizzlies] being a losing team, they made a lasting impression on us.”

Jayme is also spearheading a Grizzlies rally this Thursday beginning at 4:30 pm, before the NBA exhibition game taking place at Rogers Arena. She’s encouraging fans to bring signs, Grizzlies gear, and white rally towels with the goal of sending a message to the NBA and prospective owners that Vancouver wants a team back.

“This is our chance to show the NBA that there are fans that exist here that so desperately want a team and would support a team. It’s not just a few of us, there’s a whole city that wants a team,” she said.

“We’re just trying to get the word out. There is a market for this. There are fans for this. We need and want and deserve a team back.”