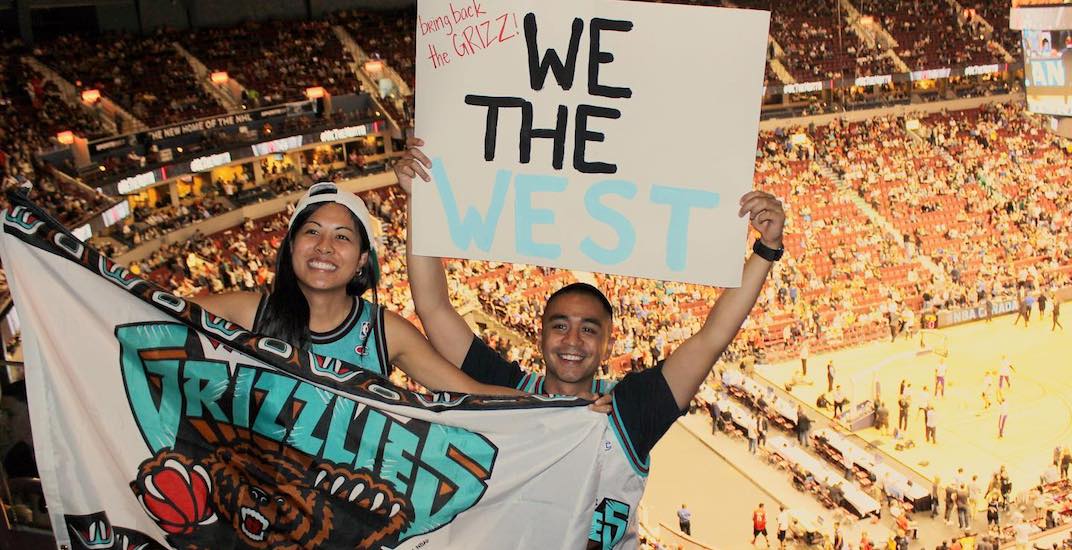 “I want to make a statement.”

Those are the words of Kat Jayme, a Vancouver Grizzlies superfan, and the director, writer, and executive producer of the award-winning documentary, Finding Big Country.

Jayme is organizing the “Vancouver wants the NBA back rally” before the NBA’s lone visit to Vancouver later this month — a preseason game between the Los Angeles Clippers and Dallas Mavericks at Rogers Arena on October 17.

The rally will take place at the plaza outside Rogers Arena, near the Roger Neilson statue at 4:30 pm, well ahead of the 7 pm tip off.

“I get so many emails from people asking me how they can help be part of the movement, so this is a way for us to join forces,” Jayme told Daily Hive. “I’m just excited to see how many people we can get out.”

Vancouver has been without an NBA team since the Grizzlies left town in 2001 after just six seasons on the West Coast. Jayme has been leading the charge to help put the spotlight back on Vancouver as a potential NBA destination, and she’s hoping to get the attention of the league as well as potential owners — perhaps Canucks owner Francesco Aquilini.

Jayme is asking fans to not only show up to the rally, but to dress up in Grizzlies gear, make signs, and bring a white rally towel to wave.

“This is our chance to show the NBA that there are fans that exist here that so desperately want a team and would support a team. It’s not just a few of us, there’s a whole city that wants a team,” she said.

“We’re just trying to get the word out. There is a market for this. There are fans for this. We need and want and deserve a team back.”