The NBA will return to Vancouver this fall, but unlike past years, it doesn’t look like it will include the Toronto Raptors.

An NBA Canada email blast has informed fans that Kawhi Leonard’s new team, the Los Angeles Clippers, will play the Dallas Mavericks in a preseason game scheduled for October 17. 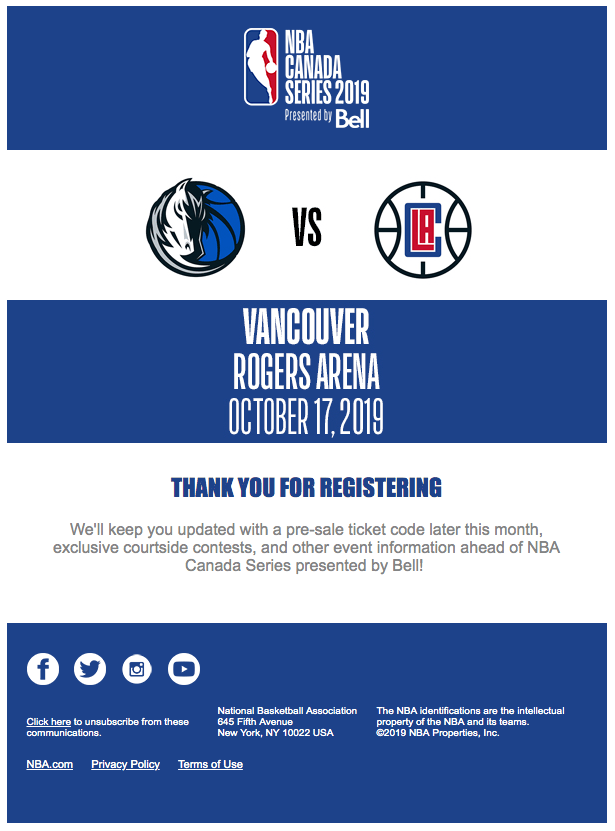 This will be the second straight year that Kawhi has visited Vancouver, as he made his preseason debut with the Raptors at Rogers Arena last year, against the Portland Trail Blazers.

There’s no word yet on the Raptors’ preseason plans, which have included training camp at Fortius in Burnaby as well as a game played at Rogers Arena in four of the past five years. They held training camp in Victoria in 2017.

While games in previous years have been held at the beginning of preseason (Toronto and Portland played in Vancouver on September 29 last year), this one figures to be late in the proceedings.

Given Kawhi’s popularity north of the border, expect this game to be a hot ticket. The Clippers are the betting favourite to win the NBA championship with a roster that also features the recently acquired Paul George. The Mavs, meanwhile, boast star players Kristaps Porzingis and Luka Doncic, as well as Canadian Dwight Powell.