Vancouver city councillors with the Non-Partisan Association are proposing a number of measures to improve public safety in the Granville Entertainment District in downtown Vancouver.

A motion by George Affleck, supported by Hector Bremner, calls on City staff to re-examine the effectiveness of its policies in reducing street violence and supporting businesses in the bar and retail strip.

The proposal comes just three weeks after 23-year-old Cabana Lounge employee Kalwinder Thind was killed while attempting to intervene in a fight that broke outside the nightclub.

“Events of recent days underscore the fact that violent crime continues to be a persistent issue on Granville Street and it is time to change how the Granville Entertainment District operates to make it a safer place for people late at night,” reads the motion.

This includes a reactivation of the CCTV cameras on Granville Street used by police during the 2010 Winter Olympics.

Affleck’s proposals also consist of removing awkward parking stalls located on Granville Street’s sidewalks south of Nelson Street to allow for the possibility of more outdoor patios to increase street surveillance, which is a Crime Prevention Through Environmental Design principle.

A reduction in parking coupled with a rerouting of transit buses to Seymour Street and Howe Street could also permit the street to be used for more festivals and other special events. 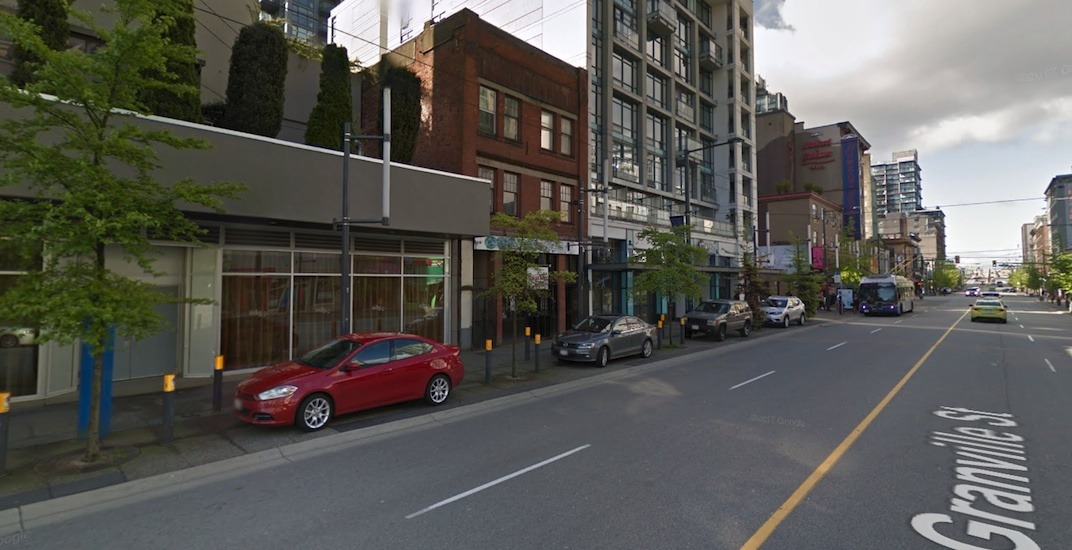 As well, Affleck wants the City to work with the provincial government, TransLink, taxi companies, and other organizations to improve transportation options on the strip. The provincial government plans to enact ride share legislation this fall, and TransLink is currently in the process of studying the feasibility of later night transit on weekends.

Another proposal included in the motion would extend the bar and nightclub hours beyond the current 3 am closure time, even though establishments are still full with patrons.

Supporters of longer operational hours say this could help stagger the egress of patrons and reduce the likelihood of violence, which often is the result of lingering patrons on the street and fights over the limited number of taxis.

“Therefore be it resolved that Vancouver City Council direct staff to review the possibility of allowing later hours for the Granville Entertainment District to smooth out closing times of various establishments rather than requiring entertainment district businesses to adhere to policies which unnecessarily, and adversely, affect these businesses and in turn unnecessarily, and adversely, affect Vancouver’s reputation as a robust tourism and hospitality destination.”

Last year, a plan to implement a ban on late-entry into Granville Street’s bars and nightclubs – essentially a closure of the establishments at 2 am – was suspended in favour of further consultation with businesses and stakeholders.