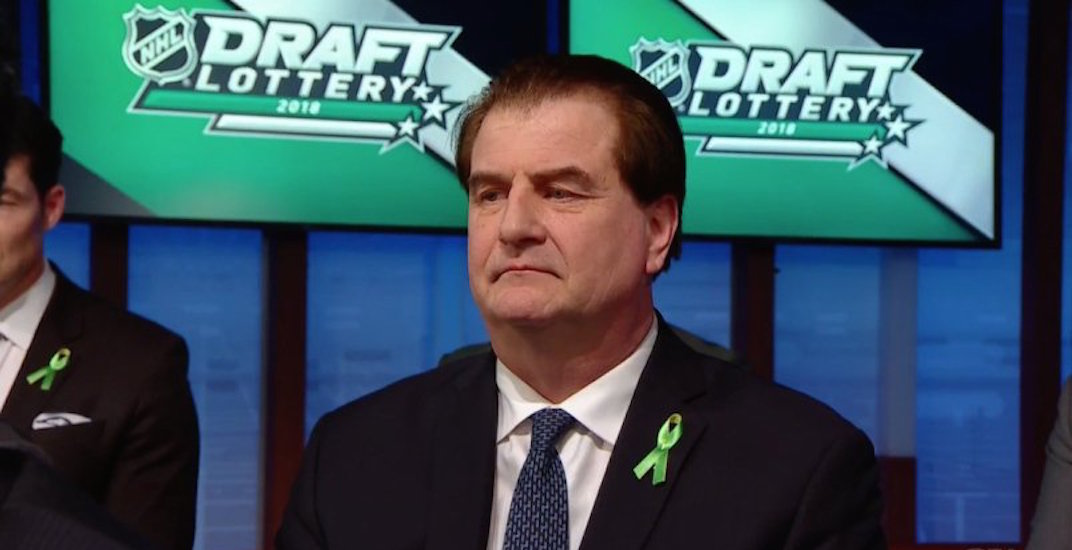 The son of Jim Benning was attacked on the weekend, according to the Vancouver Canucks GM’s daughter.

A since-deleted or expired Instagram story from Danica Benning’s account claims that her brother had been assaulted in Yaletown. She said her brother is in the hospital after the four men “almost beat him to death.”

“On October 17th, my brother was getting an Uber for him and I in front of the restaurant Banter Room on Mainland Street in Yaletown at about 2:00 am,” she said.

“Four Persian males jumped my brother and almost beat him to death. I tried to fight them off my brother and then one of them strangled me and threw me up against a wall. The police were notified but they ran off immediately. My brother is in the hospital.” 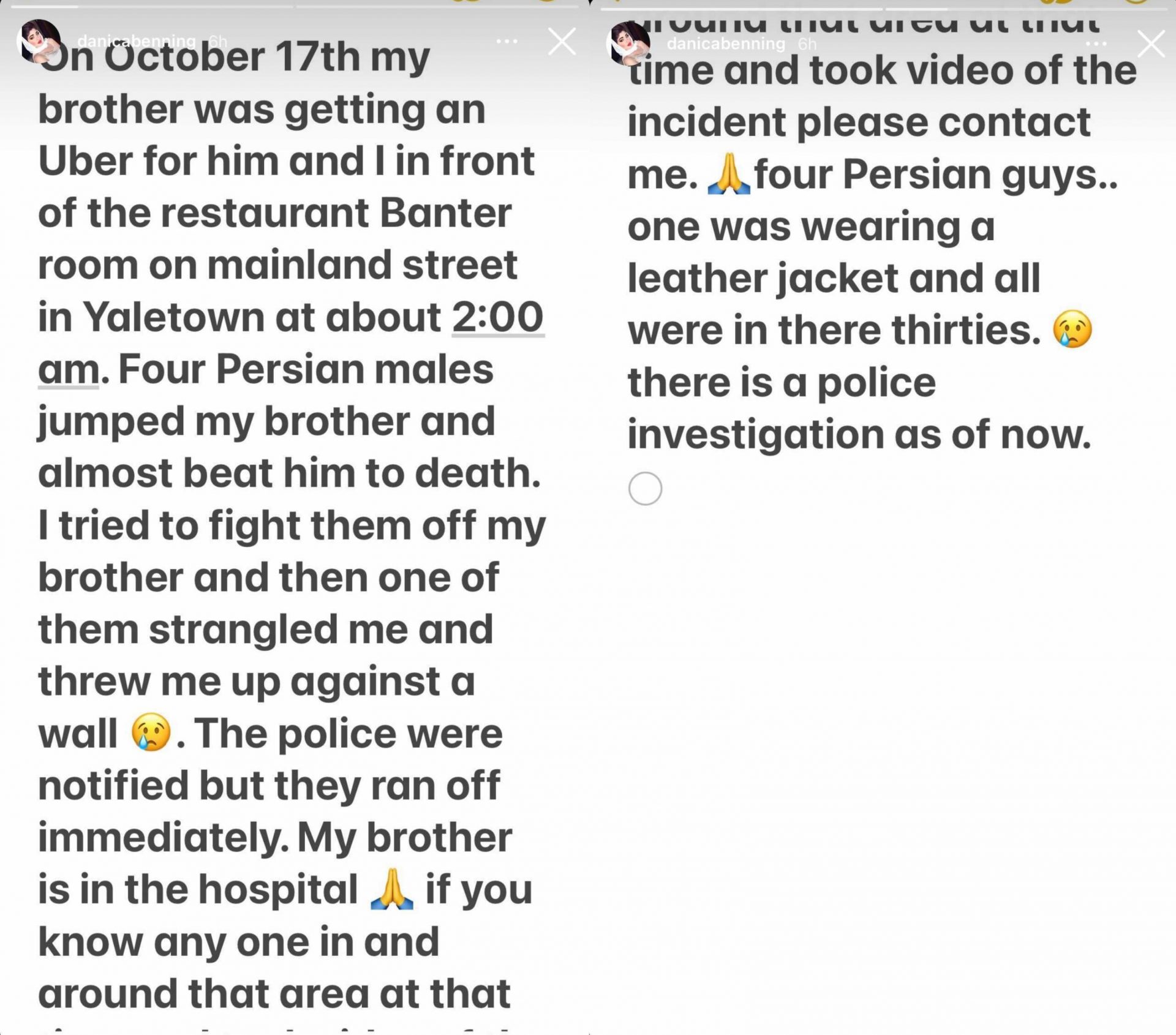 Vancouver Police confirmed that officers were called to reports of an assault in progress to the 1000 block of Mainland Street in Yaletown around 2 am on Sunday, October 17.

“A 25-year-old man had very visible injuries to his face. He declined any assistance from paramedics and told officers he would go to the hospital himself,” said Constable Steve Addison, who also shared that the suspect left before officers arrived. Police say the file is still under investigation.

The Vancouver Canucks had no comment on the incident.