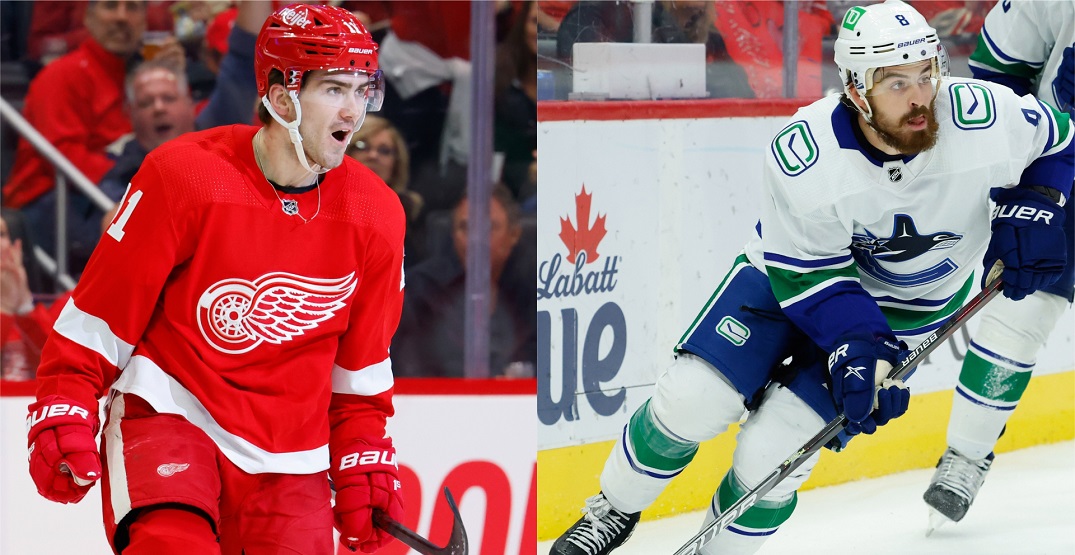 In Saturday’s contest, a 3-1 win for the Wings, Garland hit the Detroit winger on a play behind the Canucks’ net by backing up and knocking Zadina off his footing.

Garland, who was acquired in a multi-player trade this summer, was initially assessed a five-minute major for an illegal check to the head on the hit, before it was downgraded to a two-minute minor.

“I’m ok… I was just reaching for the puck and he just reversed me I guess, you know, like the midget like he is,” Zadina said. “It’s pretty normal, you know, that he reversed hit because I don’t think he’s strong enough to battle me in the corner one-on-one.”

“I kind of hit the brakes trying to create space. I know there’s a guy behind me,” Garland said. “He skated into my back. I grabbed the puck, I stopped and, like I said, I got a penalty for a hit to the head.”

Garland didn’t have anything negative to say about Zadina.

“I hope he’s doing well,” Garland added. “I’ve taken plenty of hits to the head over my career. Some end up as nothing, some end up as something serious so I wish him nothing but the best.”