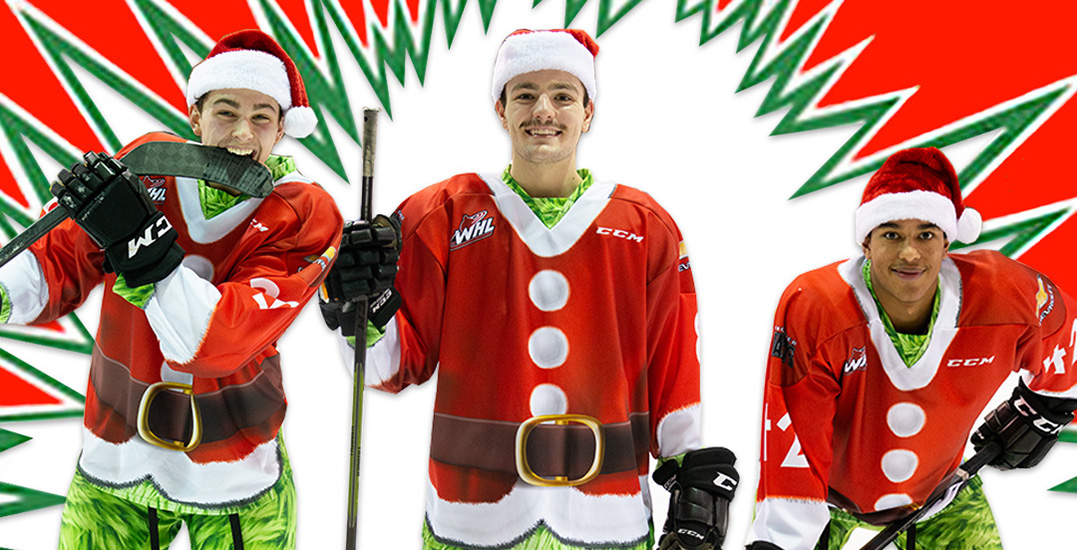 These jerseys are mean, green, and they’ll be spreading plenty of holiday cheer.

The Vancouver Giants have unveiled the jerseys for their annual Teddy Bear Toss. For two games, taking place on the first weekend of December, the Giants will be wearing special Grinch-themed jerseys, complete with “furry” green socks and pant covers.

The jerseys will be worn for two home games. The first will take place on Friday, December 6 at 7:30 pm against the Spokane Chiefs at the Langley Events Centre. The second will see the Giants take to Rogers Arena on Sunday, December 8 at 4 pm against the Tri-City Americans.

All fans attending the game are encouraged to bring new stuffed toys, toques, mittens, and scarves with them. When the Giants score their first goal, items can be thrown on the ice.

After the game, the items will be donated to various children’s charities across the Lower Mainland. 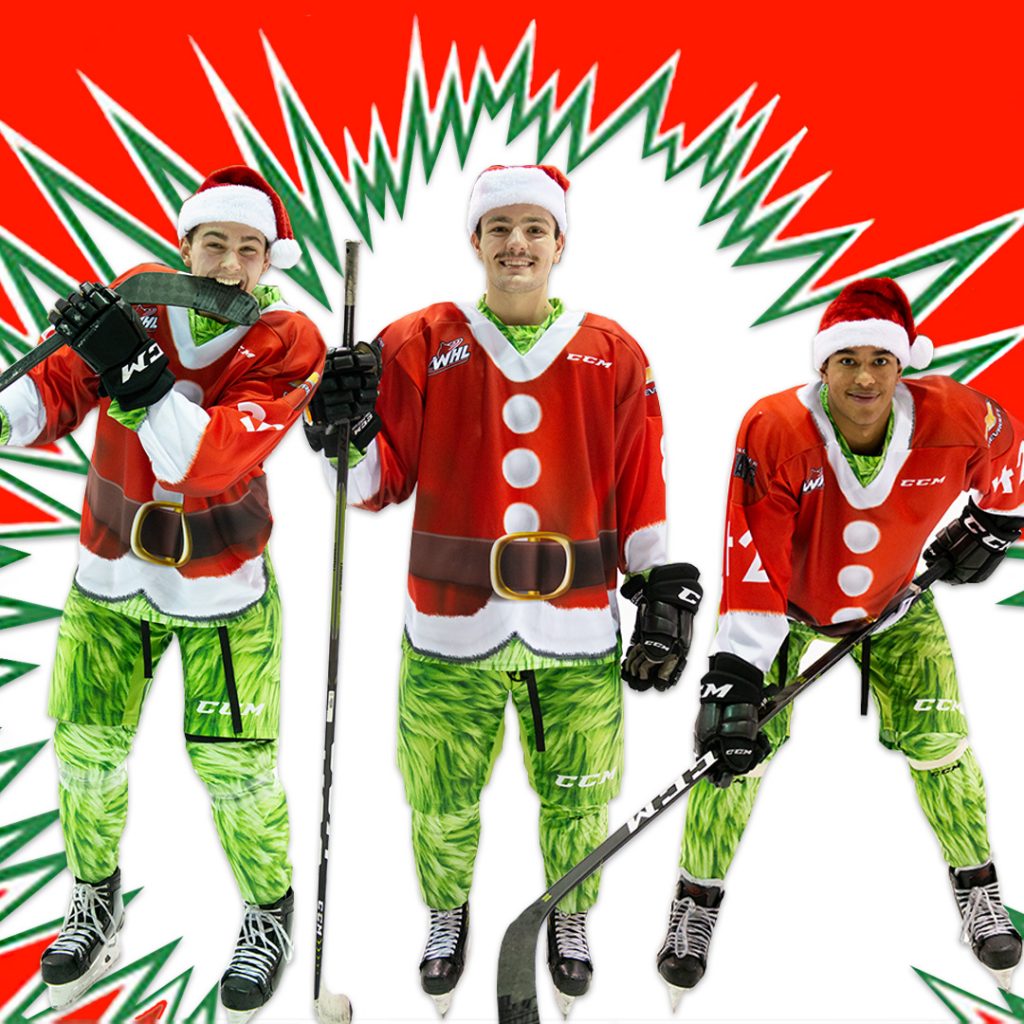 “Teddy Bear Toss is one of the most exciting traditions in all of hockey and we are very excited to debut these jerseys next weekend for our fans,” says Peter Toigo, VP of Operations and Assistant General Manager for the Vancouver Giants.

After the game, all game-worn Teddy Bear Toss jerseys will be autographed and sold through an online auction. Proceeds will then go towards the CKNW Kids’ Fund.

The Teddy Bear Toss is one of the most popular games of the season and makes for an incredible scene, filling the ice with stuffed toys.