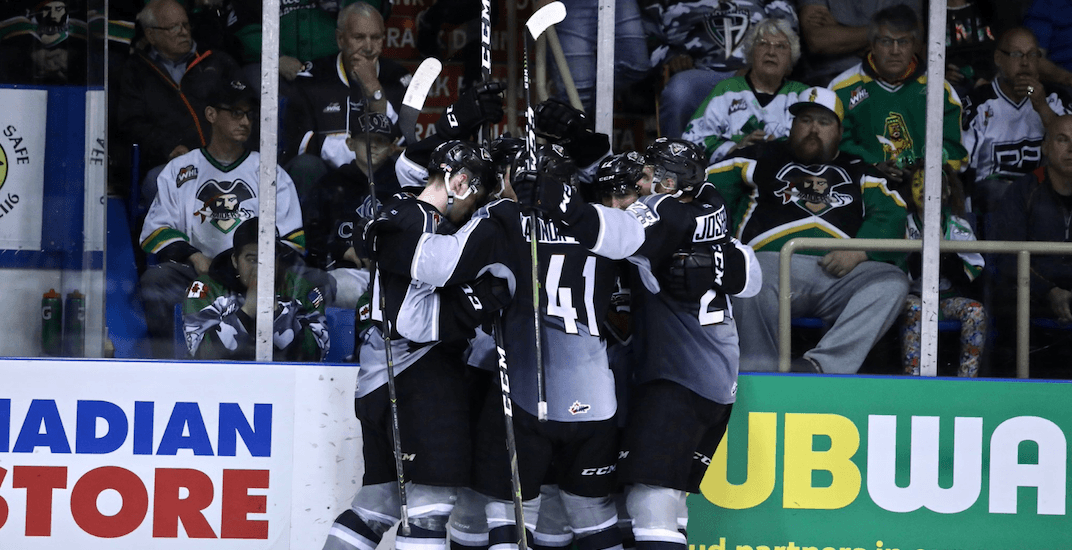 The Vancouver Giants will play for the WHL championship tonight, after forcing a decisive Game 7 in Prince Albert on Sunday.

The Giants won Game 6 of the WHL Final 4-2 in enemy territory, beating the best team in the league during the regular season. Vancouver has battled back after being down 3-1 in the series to the Prince Albert Raiders — also winning Game 5 at the Langley Events Centre to stay alive.

Sunday’s game was tied 2-2 going into the third period before Jared Dmytriw and Davis Koch each scored to give the Giants a two-goal cushion. Koch had a pair of goals in the game, while goaltender David Tendeck made 36 saves in the victory. Owen Hardy scored the other goal for Vancouver.

Parker Kelly scored both goals for the Raiders, while goaltender Ian Scott made 23 saves for the home team.

This is just the fourth time in franchise history that the Giants will play a Game 7. Prince Albert won 54 of 68 regular season games and hasn’t lost three games in a row all year — so the challenge for the Giants is monumental.

On the line is not only the league championship, but a trip to the Memorial Cup, which begins May 17 in Halifax. The Giants have won the WHL title just once in their history (2006). They also won the Memorial Cup in 2007 as the host team.

Game 7 will be played in Prince Albert, beginning at 6 pm PT this evening. You can watch the game online through the WHL website for $8.99.

From last night's Game 6 Watch Party! @WHLGiants our within grasp of the Cup, so join us Tonight at 5PM, $15 ENTRY includes buffet dinner of BBQ pork loin with rice, veggies and salad. Pay at the door of the banquet hall by cash/credit/debit. Enter by @LangleyEvents gates 2&3. pic.twitter.com/wtCn3QIJx1

You can also see the decisive game at the official watch party hosted by the Vancouver Giants Booster Club at the Langley Events Centre. The entrance fee is $15 (free for kids three years old and under) and includes a buffet dinner. Doors open at 5 pm and free parking is available on site (enter Gate 2 and 3).