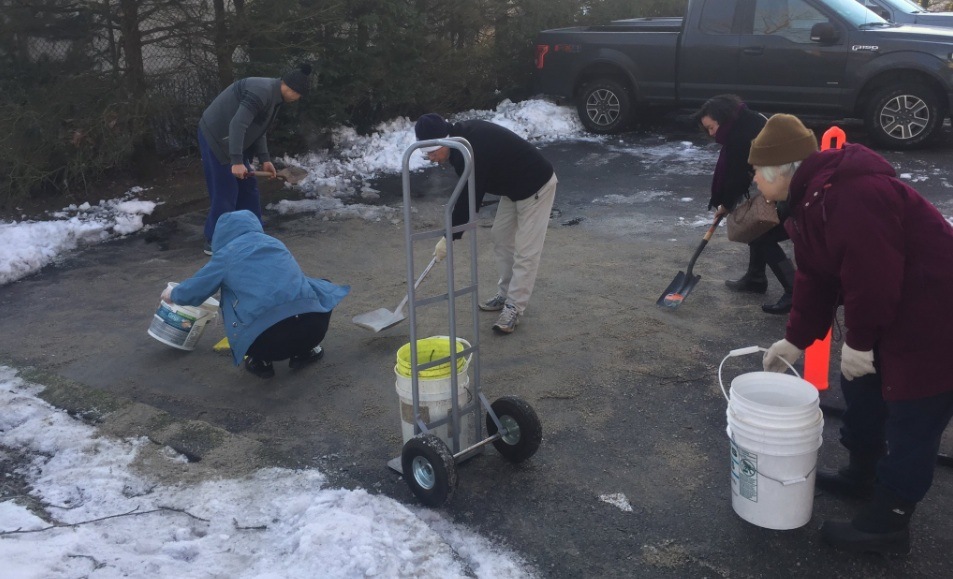 For the fourth time this winter season, the City of Vancouver will be offering salt free-of-charge at 10 fire stations across the city this morning.

Both salt and sand will be available, and it comes ahead of Environment Canada’s forecast today for snowfall, with accumulations of between 2 cm and 5 cm, and freezing rain.

“A mix of snow and rain will begin this afternoon with the arrival of the front,” reads the federal weather agency’s special weather statement. “Precipitation should become mixed with rain later in the day. Higher accumulations are possible inland and there is also a risk of freezing rain for eastern Metro Vancouver.”

Free salt and sand were offered three times last week, and piles were quickly scooped up within minutes each time by residents eager to melt ice on their sidewalks and driveways and avoid the municipal government’s threat of penalties. Some people have even been seen stealing salty beach sand as a means of tackling the ice.

Sidewalks and side streets that resemble skating rinks have crippled the city for more than a month, prompting many to stay at home and keep their car in the garage. Some neighbourhoods have also experienced missed garbage and recycling pickups for weeks due to snow and ice in alleyways.

Criticism over the City’s handling of its snow and ice mitigation efforts has been mounting, to the extent that two Vancouver City Councillors are asking for a formal inquiry into the municipal government’s salt shortage and handling of the snow.

As of Tuesday, City officials have spent $2.5 million on snow and ice mitigation efforts this winter season – more than three times the budget of $750,000 – and utilized 7,000 tonnes of salt, which is seven times more than its annual consumption in recent years. On the same day, 150 staff were also reassigned to snow and ice mitigation duties, specifically for side streets.

Free salt and sand can be found at the following fire station locations today: