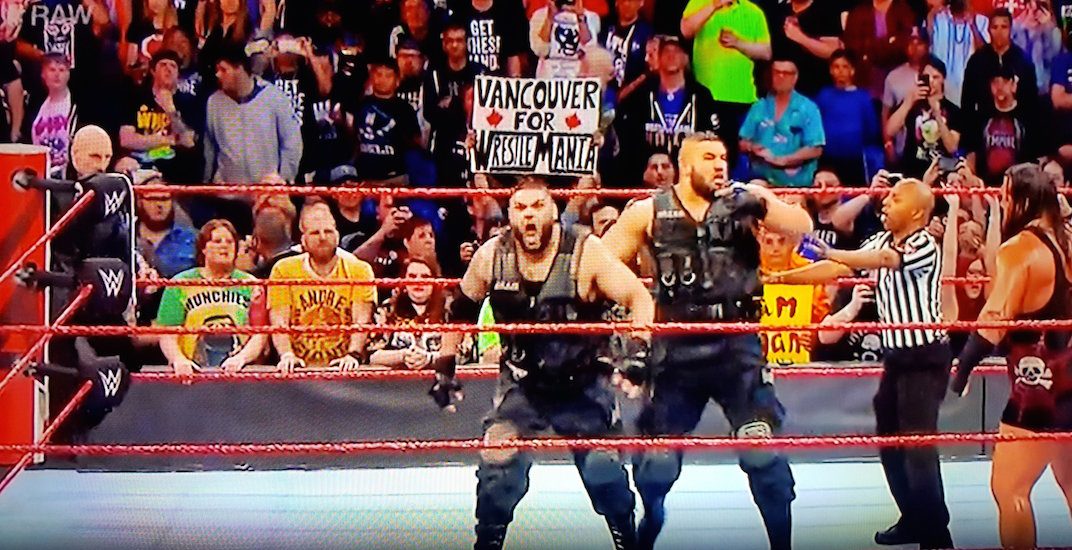 Hard work and dedication are keys to success in life. If you want something bad enough, don’t stop working until you get it.

These are common phrases from motivational speakers, and adages that one local wrestling fan seems to follow.

His mission is to bring WrestleMania to Vancouver and he’s not going to stop until the premiere WWE event comes to BC Place.

If you follow professional wrestling, you’ve seen the “Vancouver for WrestleMania” sign. It pops up in cities all over North America, including WrestleMania in New Orleans this Sunday. 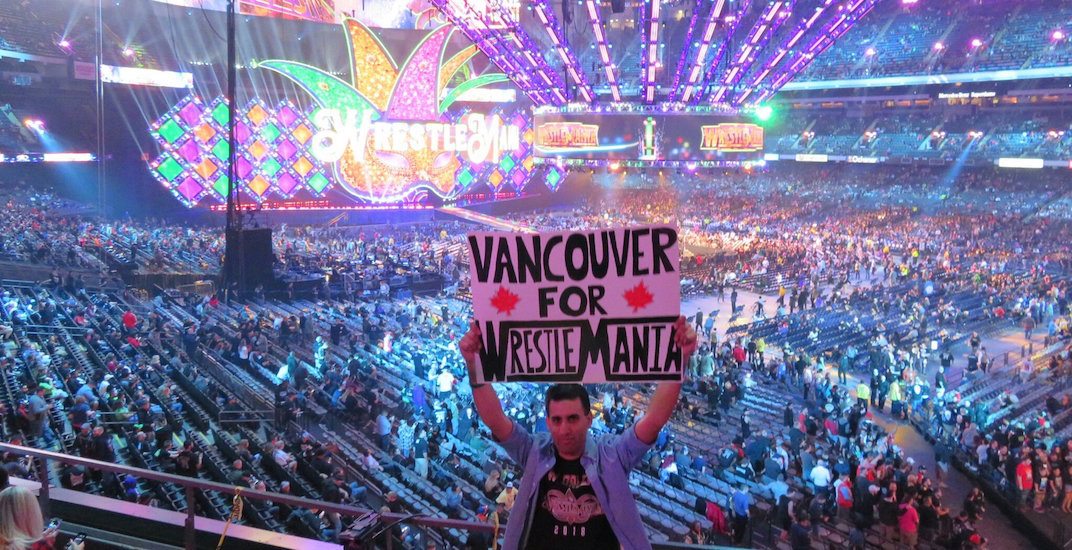 It made another appearance on Raw on Monday night.

I gotta say, props to that VANCOUVER FOR WRESTLEMANIA sign guy. He never gives up. #Raw #RAWAfterMania

So how does that dude with the "Vancouver for WrestleMania" sign always get hard camera seats??? #RAWaftermania

I love the person that brought a "Vancouver for Wrestlemania" sign. Gives me the feels.

Full credit goes to wrestling fan Jay (@y2jdogg on Twitter), because he’s been repping Vancouver for a long time.

He says the first event he brought his sign to was at WWE Raw in Vancouver 15 years ago. He’s brought the sign to too many shows to count, given that he’s been to nearly 200 WWE events, including 11 WrestleManias.

“A lot of people bring flags to shows to represent where they are from and I wanted to do something more unique,” Jay told Daily Hive while on the road in New Orleans. “The sign is also meant to represent Vancouver and the rest of Canada when I’m travelling to shows around North America.”

WrestleMania has been held in Canada twice, in 1990 and 2002 (both times in Toronto), but never Vancouver. There was talk of bringing WrestleMania to Vancouver eight years ago, but nothing materialized.

The closest WrestleMania has come to our city was Safeco Field in Seattle in 2003. This year’s event was held in New Orleans. It’s going to be in New Jersey next year.

If it ever comes to Vancouver, we’ll know who to thank.