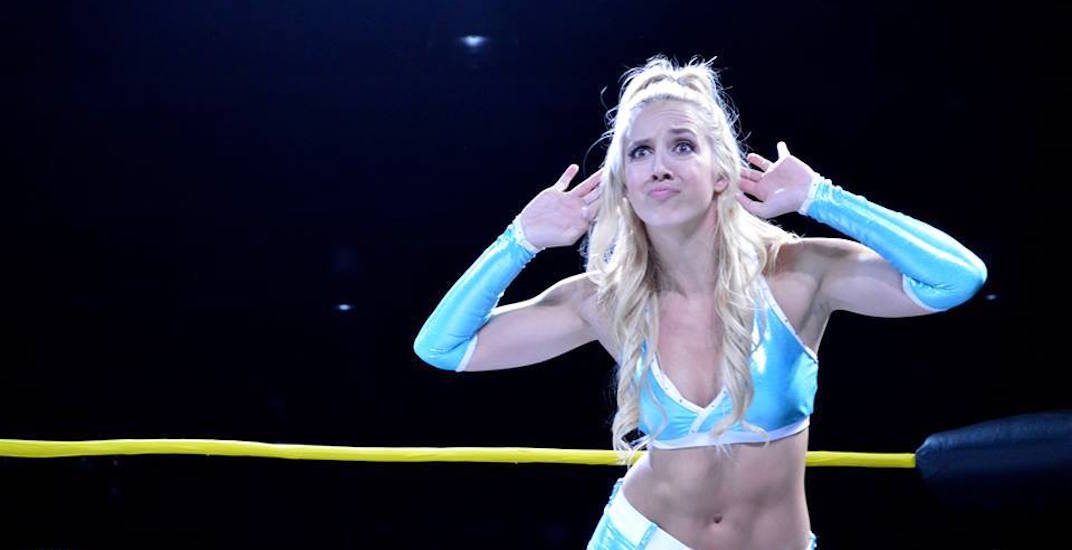 The wrestling scene in the Pacific Northwest has never been hotter.

If you need proof, look no further than the latest run of success stories like The Bollywood Boyz, Kyle O’Reilly, Nicole Matthews, and El Phantasmo amongst others. It seems like everywhere you look, there are PNW wrestlers making a splash on the wrestling scene, showcasing what often felt like Canada’s hidden secret: the Pacific Northwest is producing some kick-ass wrestlers.

You can also add Victoria’s Chelsea Green to that list, as she is just the latest PNW wrestler making a name for herself on the global stage.

Starting off wrestling on the local indie scene, Green has starred in Vancouver’s ECCW, becoming Daniel Bryan’s on screen physical therapist/attempted homewrecker before appearing as a cast member on WWE’s Tough Enough. She then joined TNA/Impact Wrestling and recently won the Impact Women’s Knockout Championship after a run as a jilted fiancé in one of the more visually stunning characters we’ve seen in quite some time.

Chelsea was nice enough to sit down and chat with Daily Hive this week to talk about her recent run of success, and where she sees herself and her career, in the future.

Wyatt: OK, we’ve got to get some of the usual run of the mill questions out of the way before we dive into the fun stuff, so let’s toss out a softball….how did the girl from Victoria, a place full of bunnies, and the former home of an awesome Wax Museum, get the wrestling bug?

Chelsea: Growing up, my sister and I would sneak upstairs to watch RAW while my parents cooked dinner. We weren’t allowed to watch wrestling, so that was a secret that we kept from them for a long time!

Fast forward 14 years later, I was studying at University of Calgary and while doing my homework one night I happened to turn RAW on. When the womens match came on, I was IMMEDIATELY taken back to 4th grade sitting watching with my sister, absolutely in love with it. It only took that one match that night and my interest was sparked. I called up Lance Storm, and began training a few weeks later!

I think it’s fair to say wrestling is an industry fuelled by passion. And some people have that passion, but then they fizzle out after a couple of years in the business. There’s an endless amount of people who have probably tried their hand at wrestling, before deciding for a variety of reasons that it isn’t the path for them anymore. What made you stick to the dream of wrestling and what has allowed you to stay in the business and succeed like you have?

I fell in love with wrestling the minute I stepped in that ring. I won’t let a bad day get in the way of a dream I continue to work hard for!

It’s a great time to be a women’s wrestler right now, due to the fact we are getting to see women being put in positions to put on high end wrestling matches, and really removing some of the limitations put on them in the past. It’s probably safe to say you’re proud to be part of this group of women who are taking those opportunities to show the world what you can do?

I am SO proud of what women are doing. The girls on the indies are setting the bar HIGH for everyone in this business, male and female. We finally have this spotlight on us and we are able to prove that we can do what the men can do.

There are many shows now that have female main events, and the fans are truly coming to support women’s wrestling. It’s amazing, and I don’t think that we’re even close to hitting our potential. There is SO much more that we will do in this industry that will surprise the fans and ourselves. The sky is the limit!

I remember seeing you once in ECCW early in your career (pre-blonde days, back when we called you Jaida!). It wasn’t a very long match and nothing very notable occurred. Fast forward a couple of years, and I saw you at Wise Pro Wrestling taking on resident BC bad ass Nicole Matthews, and there you were, tearing the house down. Fast forward again, and you’re the Impact Knockout Champion! Are you amazed at how far you’ve come over the last several years, or was this something you always felt you could, and would, do?

I told myself from the beginning that I was not in this to be an “indie wrestler”. That I was in this to be a star, and to get to the top. It’s funny how a few years have passed and I feel totally different. I am so proud to be an indie wrestler and be able to put on buzz worthy matches for everyone to see!

With that being said, I am always looking to take a step forward, and build on my career. The natural progression is to sign a contract, and win a title. I never imagined it would happen so quickly, but I feel absolutely privileged to be able to say that I am achieving my goals. It’s only been four years and I am living my dream. 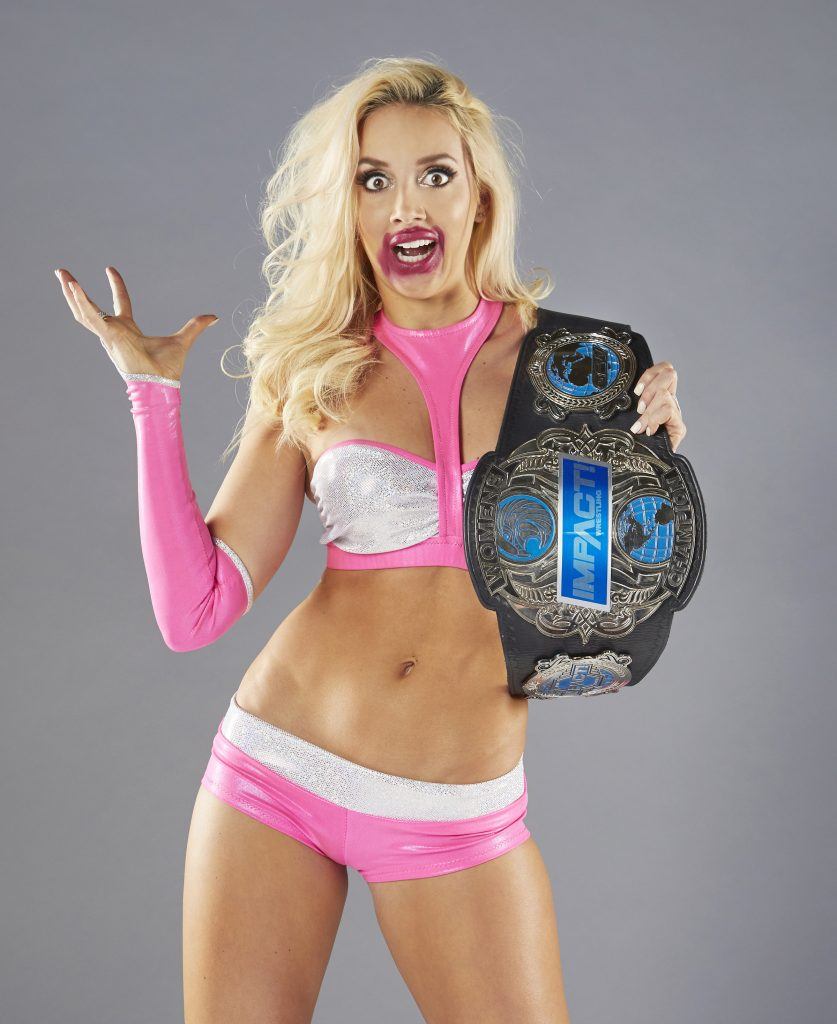 Going back to that Wise Pro Wrestling match vs The Outsider Nicole Matthews… At one point you jumped through the ropes and landed on Nicole, but smashed your head into a couple of wooden steps, and you got cut really bad. I distinctly remember seeing Nicole look up in a mixture of shock and horror at your bleeding head, and you just continued on like nothing happened. Is it easy being that bad ass? Because that match was one of the most iconic matches I have seen in the Pacific Northwest scene recently, and that is coming from someone who rarely lets a non El Phantasmo match impress him.

It was a blessing in disguise when I dove out onto those stairs. Both of us needed some buzz around our names and that match gave us just that! It did hurt though! I had a black eye and a good gash on my head for a week or two. Now, i’m just hoping that we can get a rematch!

(Note, you can watch the full match where Chelsea gets cut real bad here. Warning, there is some blood.)

Let’s talk about your time in Impact Wrestling. You had an amazing character, with the trashed wedding dress, no shoes on, messed up makeup, and of course, the ever present open bottle of champagne on hand. Finding a character that is not only original, but connects with the audience, is one of the hardest things to do in wrestling, yet you knocked it out of the park with that. How much did you enjoy going to your “darker side” for that run?

I have had SO much fun being the “hot mess”. The writers and creative team gave me a lot of freedom to turn Laurel into the crazy bride that she became, and without their trust that would have never happened. The most fun I’ve had has been working on evolving the character.

I constantly work on new ideas, new outfits, new catch phrases, new moves, and new storylines so that nobody can complain that the character is stale. I think we have all done a great job of keeping everyone on their toes with Laurel! Sometimes even I don’t know what she will do next!

Follow up question, they say finding your best wrestling persona is exaggerating parts of yourself and turning it all the way up to 11….how much of yourself was in Van Ness?

I like to say I am not Laurel at all… BUT, all of my friends and family tell me that Laurel is totally me. Sometimes they will see dramatic sides of me that come out and they’ll say “LAUREL!”. I have to laugh, because I guess it’s true, it is an exaggeration of me.

You got your start in the Pacific Northwest and it must be nice seeing so many of you and your fellow PNW wrestlers have success on bigger stages. What do you remember best about your time wrestling in BC?

My favourite part about the BC scene was and still is the fans. They have followed me and kept in contact with me from the very beginning. If it weren’t for them, I wouldn’t have the following that I have now. I am forever grateful for them.

OK, let’s talk about the elephant in the room… is WWE always the end game for a wrestler? It seems like in today’s environment, staying and working on the indie circuit is a very viable career route, and you see people like Cody Rhodes, Kenny Omega and the Young Bucks trailblazing a new path that doesn’t need to go through the WWE to make money or become popular or leave their mark on wrestling history. But is there always a draw for a wrestler to get to WWE and say “they made it”? Is that something that is on your radar? You’ve bounced around the edge of the WWE in a couple of roles, but now that your time with Impact is up, are you looking to maybe go down that path again, or is the indie circuit still your bread and butter?

I can’t speak for all wrestlers but I can speak for myself. My goal from the beginning was always WWE.

When I really started working around the world on the indies I realized that there was more to wrestling than just WWE. That’s when I opened my eyes to ROH, Impact, Stardom, AAA etc. There is so much work out there for indie wrestlers and so many new ways to survive in this business without having a contract.

The world is my oyster now and I’m ready to explore my options. 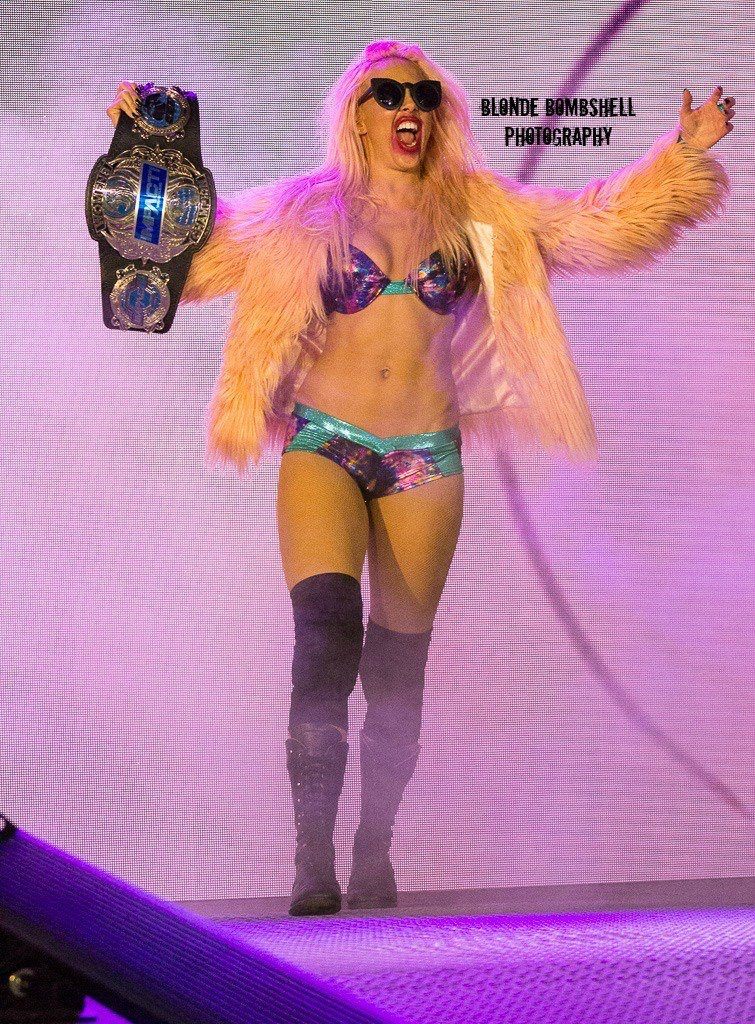