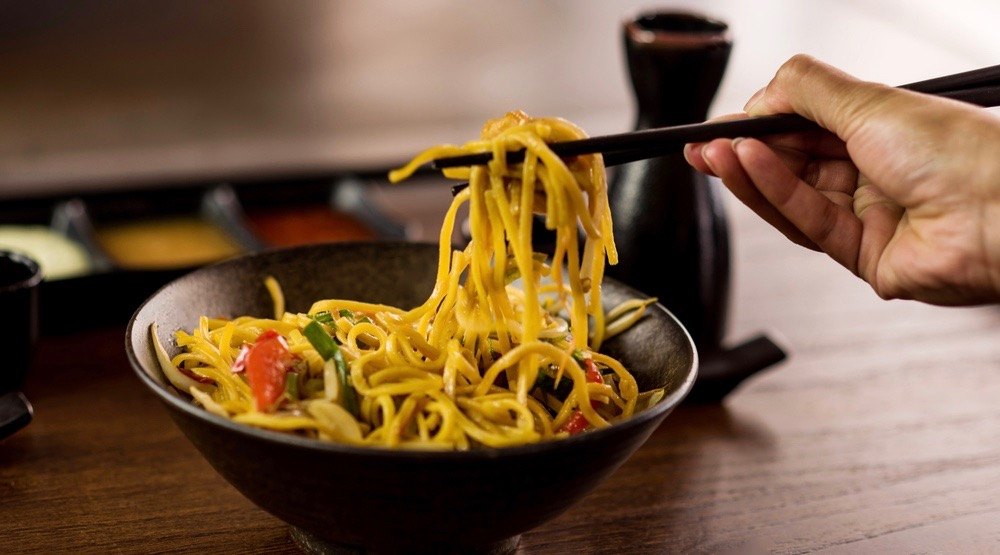 YVR is never lacking new food and beverage experiences to participate in, and this month is no different. Kick off 2017 by heading to one (or all) of these 10 January food events in Vancouver.

The third annual Best Sommelier of BC competition is happening on January 9 and 16 competitors are going head to head to see who’s the best in the BC wine world. Whether you’re a wine connoisseur or not, this is one competition you don’t want to miss.

After the competition head to Cibo Trattoria where The Best Sommelier of BC 2017 will be announced followed by a big celebration. Wine and canapes will be served at this after party.

This is the fourth time Noodle Mania will be taking over Vancouver for a night filled with more carbs than you can imagine. Several restaurants in East Vancouver and Yaletown will be participating noodle tasting extravaganza presented by Vancouver Foodster. This event is a roving tour which will start at a TBA-destination where you’ll pick up your Noodle Mania Map Cards and menus. After that you’re free to visit the restaurants, meet other foodies and chefs, and learn about each of the participating restaurants.

When: Wednesday, January 11 from 6 to 10pm
Where: Starting location TBD; tour will be throughout East Vancouver and Yaletown.
Tickets: $35 for early bird, $45 for advanced, $60 for regular; purchase via Eventbrite.

Lighten things up in 2017 with some new exciting dishes from Tartine and Maple Cuisine. Learn how to make roasted peppers soup, white fish in papillote, ratatouille, and crème caramel. All of these dishes will be cooked in front of participants, then get the opportunity to enjoy the meal with some wine afterwards. Guests will be greeted with welcome snacks and all the recipes that are made will be provided.

When: Wednesday, January 11 from 6 to 9pm
Where: The Uncommon Cafe, 477 Powell Street, Vancouver
Tickets: $69; purchase via Eventbrite.

Campagnolo ROMA  and Odd Society Spirits are joining forces to bring you a six-course of Roman-inspired food featuring winter produce, house preserves, and bespoke cocktails (made with OSS, of course). The menu at this dinner will feature oysters, winter squash salad, charred cabbage, squab, goat’s milk custard, and a baked apple dessert.

This two-day expo encompasses two stages and two halls that will feature hundreds of products like beer, pasta, pizza, breads, perogies and more for those who are gluten free, dairy free, soy free, diabetic friendly, and low FODMAP diets. The expo will have registered dietitians, doctors, and chefs for info and advice, along with exclusive deals and giveaways.

Vancouver’s newest immersive sports-themed bar and restaurant may be cozy with Canucks action at Rogers Arena, but they’re also kicking off NFL viewing events this month. Join them on Sunday January 15 for the games, and Sunday, January 22 for the Conference Championships. Watch the NFL on their over 100 TV screens and their epic 16-foot big projector screen, and enjoy delicious food and drinks.

9. Bau-llywood Dinner at My Shanti

So a German chef walks into a kitchen at an Indian restaurant…and gets together with the chef there to create an exciting dinner. It’s not punchline fodder, it’s the premise for a January 16, 2017 event that will find Chef Stefan Hartmann of Gastown’s Bauhaus teaming up with Vikram Vij at his South Surrey restaurant My Shanti for an Indian-German feast. The event will be ticket-only, and for $99, guests will enjoy a four course dinner, complete with wine pairings from local wineries.

10. Bartender at Large screening + after party

Join Lot 40 and the Canadian Professional Bartenders Association in welcoming US bartending legend Erick Castro to Vancouver for the Canadian Premier of the smash hit documentary Bartender at Large at the Rio. Complimentary Lot 40 cocktails created and poured by the CPBA will be served before and after the screening and the film will be followed by a Q&A session with Erick Castro and Dave Mitton. This is the first time the film will be shown anywhere in Canada and the only night it will show in Vancouver. An after party will take place at the Clough Club (subject to capacity). 19+ only.

When: Monday, January 16. Doors at 7 pm, film at 7:30 pm. Q&A follows film. After party is at Clough Club.
Where: Rio on Broadway – 1660 East Broadway, Vancouver
Tickets: Free; register via Eventbrite

When: January 17 to February 14, 2017
Where: Participating locations TBA

Get some lesson from Tartine and Maple Cuisine on how to make hearty meals for cheap at home. Learn how to make chicken stock, lentils and smoked ham soup, chicken coq au vin. All of these dishes will be cooked in front of participants, then get the opportunity to enjoy the meal with some wine afterwards. Guests will be greeted with welcome snacks and all the recipes that are made will be provided.

When: Wednesday, January 18 from 6 to 9pm
Where: The Uncommon Cafe, 477 Powell Street, Vancouver
Tickets: $65; purchase via Eventbrite.

Sample eight styles of brews, and build a base of knowledge about the world of craft beer. Taught by CAMRA Vancouver‘s Education Liaison, Kai Miller, this is a great way to up your savvy and appreciation of beer.

When: Friday, January 20 to Sunday, February 5
Where: All around Vancouver
Tickets: Check out individual event ticket details and prices here.

Vancouver Playhouse will house Montreal-based theatre company Les 7 Doigts for Cuisine & Confessions, a blend of theatre, dance, and food. With only six scheduled performances, you have only a few chances to witness the show which takes place in a gigantic kitchen and features nine acrobats creating a meal by throwing ingredients and sharing childhood recipes and memories.