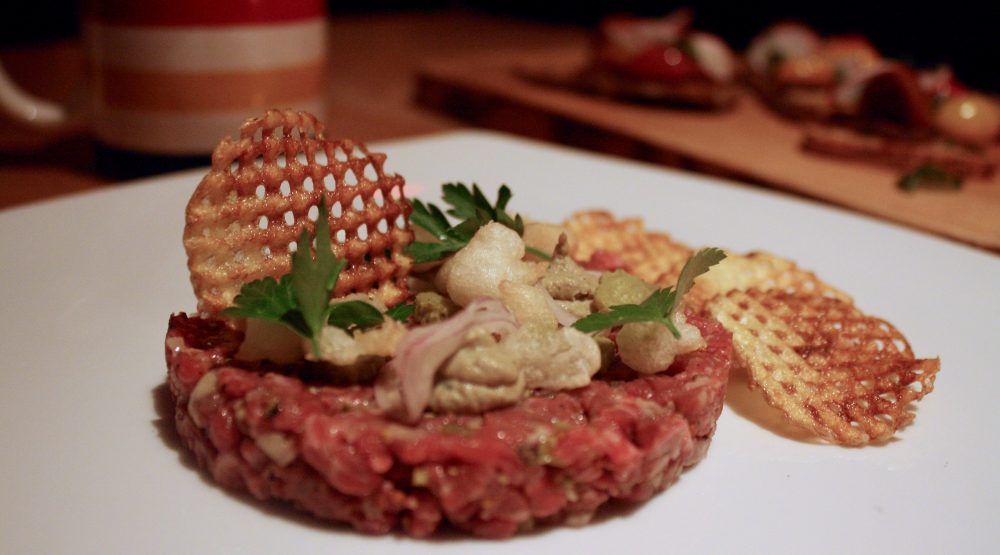 For many Vancouverites, Whistler is a destination for skiing and snowboarding, a place to hit the slopes and shred some hills while enjoying our beautiful backyard.

While that’s all good and well – what happens when the lifts stop running?

The Cabin isn’t simply your grandma’s middle-of-nowhere-wooden-cottage, it’s a banquet hall that’s been transformed into a Canadian haven with the look and feel of an authentic backcountry getaway.

It’s a place to go back to your Canadian roots, to enjoy the history of our country through a culinary experience while soaking in the cozy atmosphere inspired by one of our nation’s first and most iconic brands, the Hudson’s Bay Company. 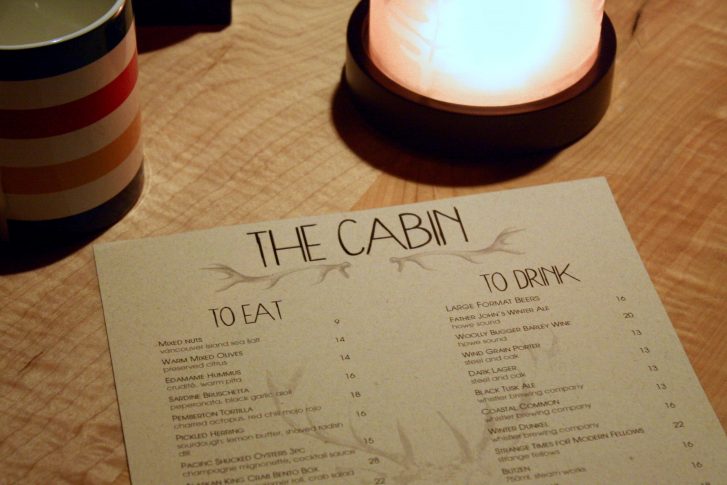 Located on the lower level of the hotel and resort, the pop-up’s decor was outfitted by HBC and inspired by the brand’s heritage as a 400-year-old Canadian icon.

With stunning art incorporating Canadian wildlife and the HBC colours seen throughout details like pillows, blankets, and even staff uniforms in the restaurant, it’s clear to see The Cabin has been carefully executed to encompass a true northern aesthetic. 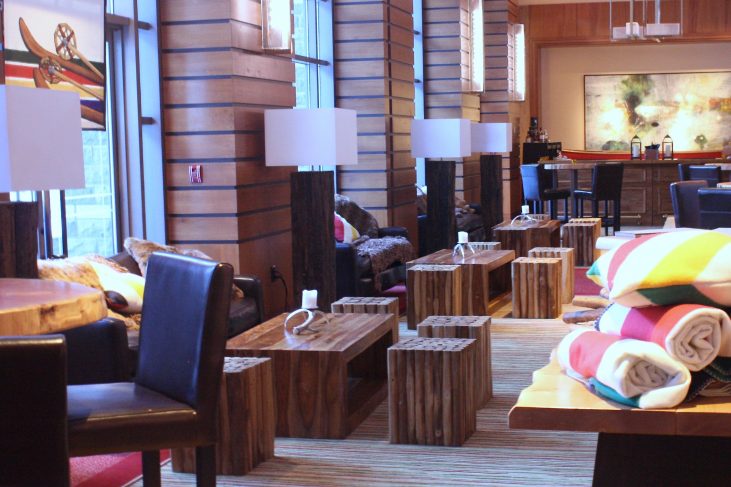 The look and feel of the 44-seat spot is casual and inviting, a great place to head after some time on the hill or after a day at the Four Seasons’ spa, which is just steps away from The Cabin. Outside on the pop-up’s terrace there’s room for an additional 12 people around the fire pit to cozy up and enjoy a meal.

When Four Seasons Whistler Banquet Chef Artie McGee was asked to put together a menu of Canadian-inspired offerings, he jumped at the chance to create innovative and unexpected small bites and tapas-style plates for guests. 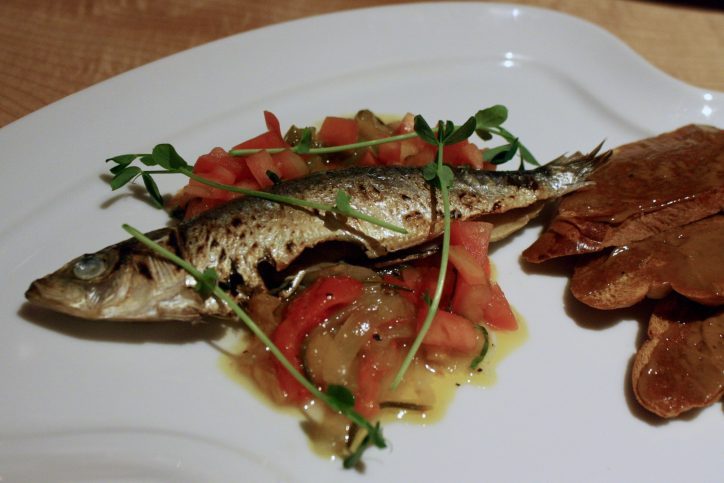 One of these dishes was a Sardine Bruschetta, which arrived alongside peperonata and black garlic aioli. Chef McGee has been able to elevate the notorious fish-from-a-can and make it into a delightful and memorable share plate. 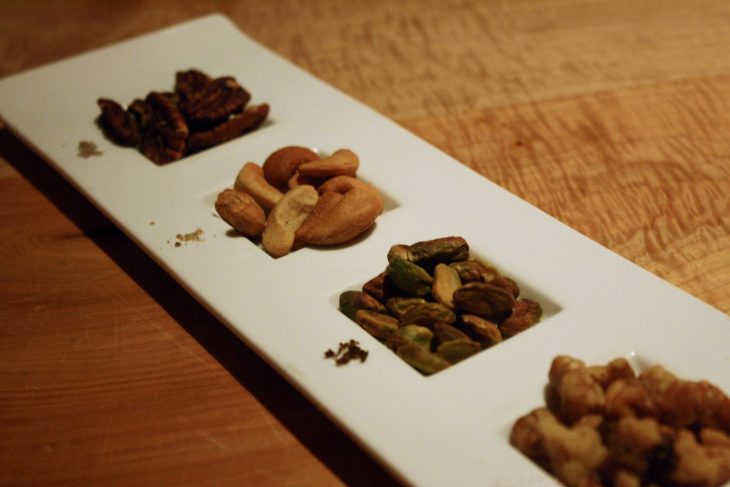 McGee emphasized the importance of working with local purveyors when choosing where to get his ingredients, opting to work with providers like Golden Ears Cheese, Two Rivers Meats, Minus 8 Vinegar, and the Vancouver Island Salt Co to create the variety of charcuterie boards, nuts plates, and warm olive dishes.

Other selections on the menu include beef or tuna tartare, house-pickled herring, and Pacific Shucked Oysters to name a few. 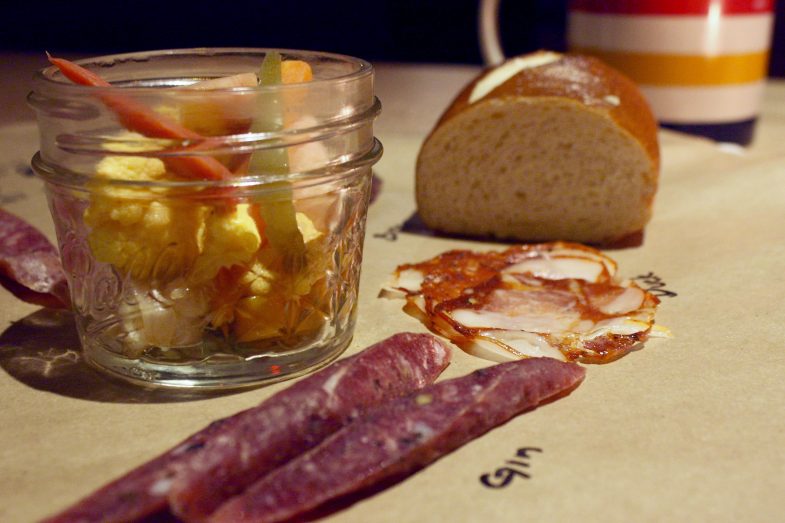 With a fantastic variety of BC wine, locally brewed craft beer, and festive cocktails such as the Hot Buttered Rum (which is served in an HBC mug, of course), The Cabin is also an ideal place for casual drinks or a night cap before bed.

But it’s wise to not run off before trying one (or all) of McGee’s three featured desserts. Choose from a chocolate mousse, pecan pie, or eggnog crème brûlée topped with a snowflake sugar cookie to finish off your meal with something sweet. 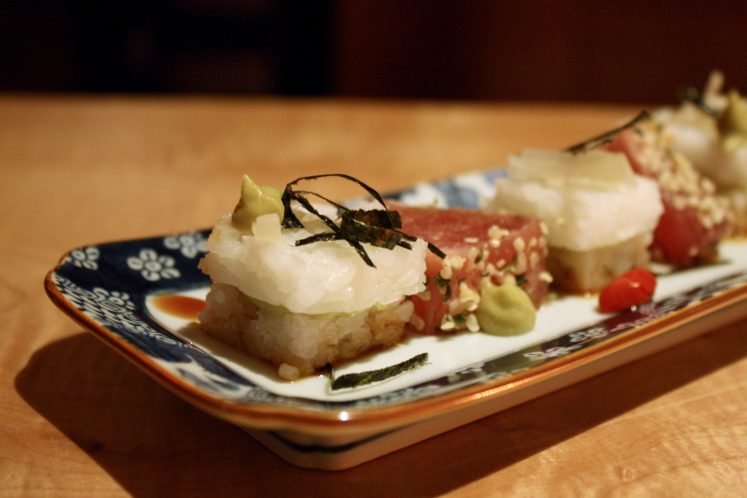 With The Cabin, Chef McGee proves that Canadian cuisine has way more to offer than just poutine and Beaver Tails.

Like most pop-ups, tables at The Cabin are in high demand. You can head to the restaurant from 5 to 10 pm up until January 8, however this spot is closed on New Year’s Eve. If you can’t make it up during this time, don’t worry; The Cabin will be reprised for two consecutive weekends from February 10 to 13 and February 17 to 20, 2017. 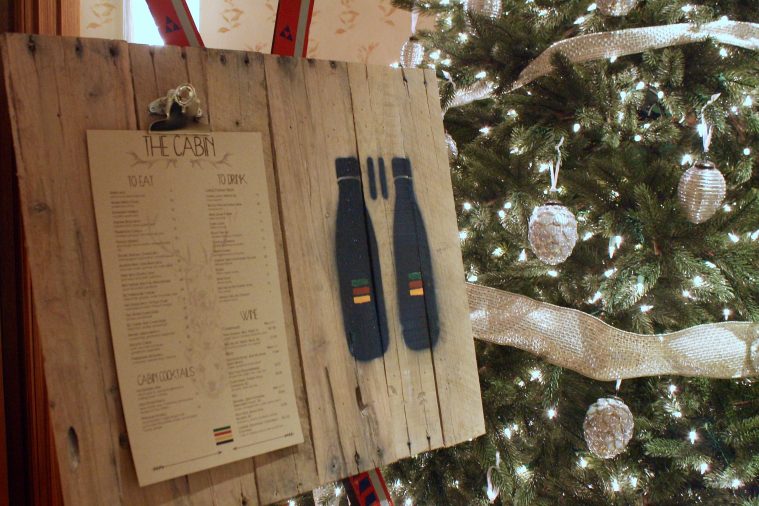