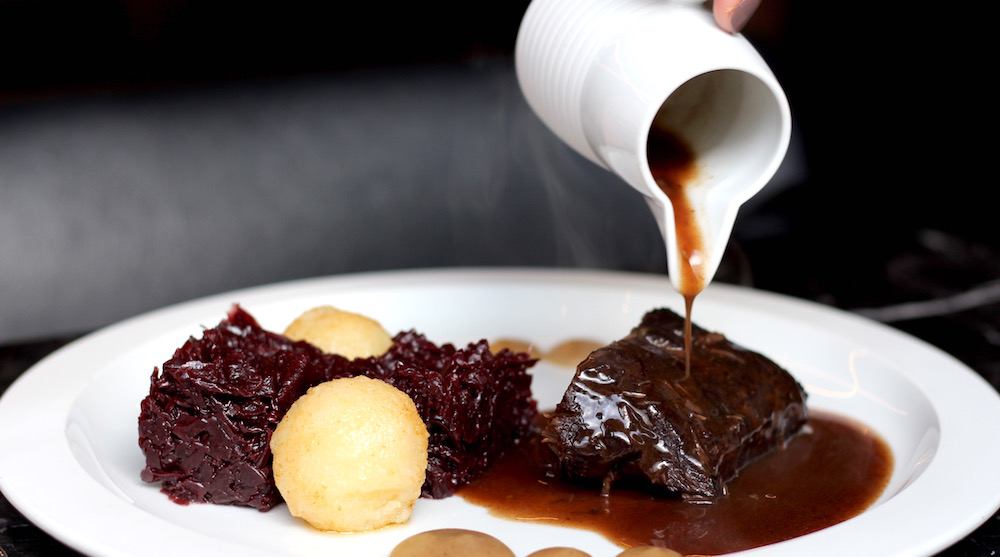 2016 was the year of poké in Vancouver. It rolled into town en masse, with shop after shop opening up, including at least one with a gimmicky burrito option (and long lines to boot). While poké was, indeed, one of my picks for a 2016 food trend to watch for in Vancouver, it’s already seeming pretty tired (no matter how delicious that bowl of marinated raw seafood chunks may well be).

So what’s in store for food lovers in Vancouver for 2017? There are already a few hints on the landscape that point to what we might see more of this new year, from trends that will let us explore more of an entire nation’s cuisine, to ingredients you’re going to see crop up more on menus around town.

Here are eight food trends to be on the look out for in Vancouver in 2017. 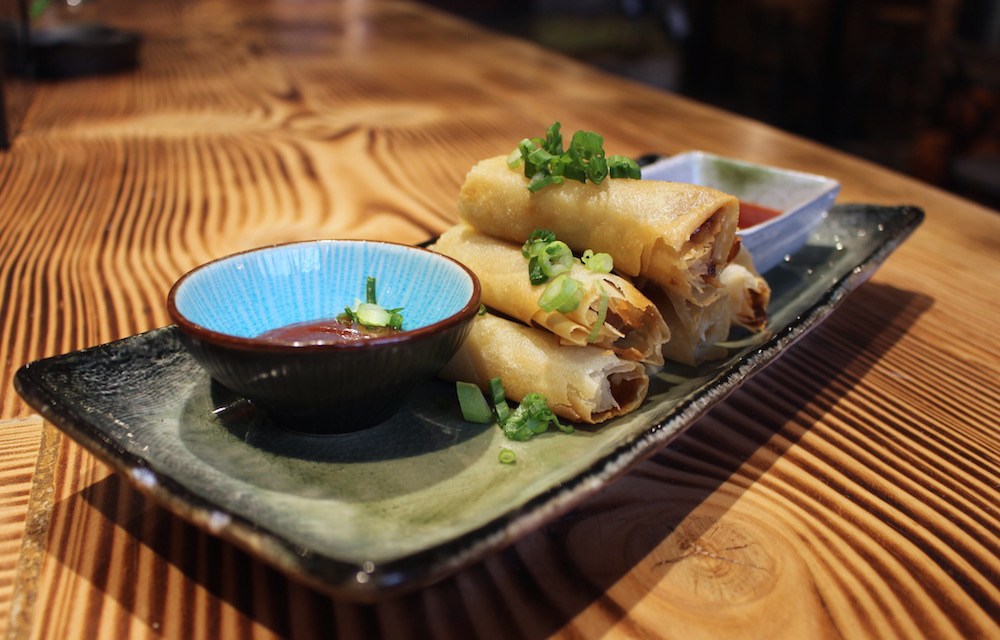 Get ready to hear (and taste) things like sisig, lumpia, adobo, pandesal, lechon, and tocino more in 2017. Filipino food is a rising trend, and as our palates are getting a more broad spectrum of Asian cuisines from around the globe, there’s getting to be more room for Filipino fare at the restaurant table. In Vancouver, the crew behind Bao Down (both the mostly buns shop and the Gastropub) opened their third concept in 2016, called Bao Down Snack Bar, focusing on modern and elevated versions of traditional Filipino eats, drawing on family recipes but using top-quality local ingredients.

2. Purple is the new green: Ube and taro

Speaking of Filipino food, one ingredient prevalent in the island nation’s cuisine is ube, the purple yam. Often conflated with taro (they are, actually, a bit different) the foods made with ube often end up being purple, and can end up in sweet or savoury preparations. While in 2016 we saw green tea (matcha) treats rise in popularity, look for purple, namely ube and taro, to be the new green in 2017. 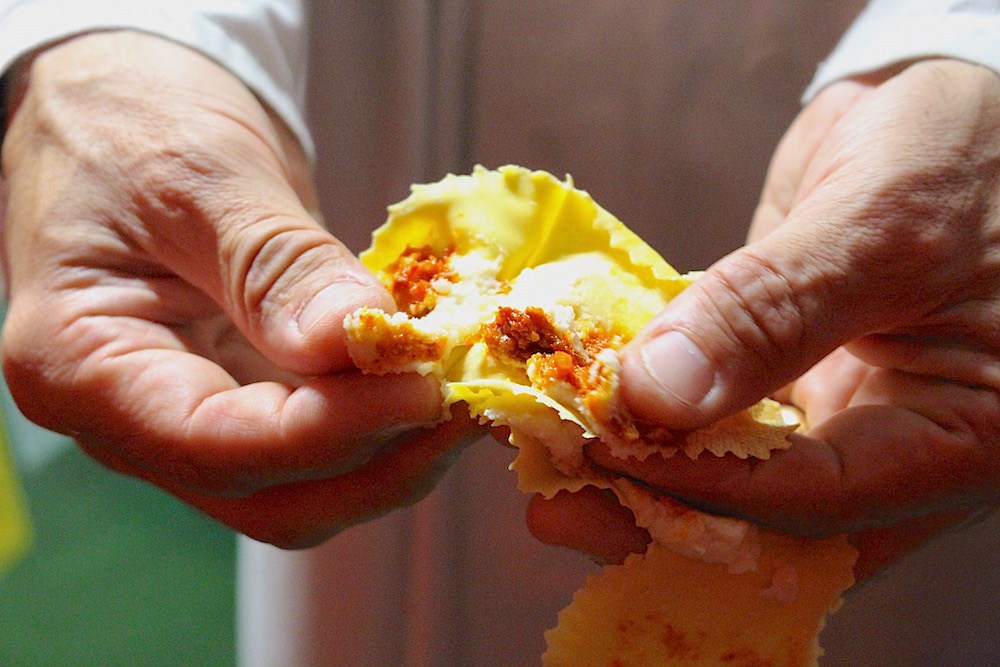 Can you say the name of this spicy Italian pork product? Like a soft, spreadable salumi, nduja’s popularity is on the rise as a fiery, meaty bolt of flavour on menus across the country. You can shop for nduja at specialty shops like Oyama Sausage Co. in the Granville Island Public Market, or bring it home in a pre-made dish like one of this season’s new filled pasta flavours from President’s Choice black label line. If you’re dining out, you might spy nduja on the menu of popular restaurants like Osteria Savio Volpe and Nightingale.

One of my professional highlights of 2016 was moderating a panel on food trends as part of the EAT! Vancouver event, and one of the highlights of that was hearing about how one panelist saw a display of pineapple in a grocery store labeled “gluten free.” Pineapple, guys. Fruit. Nature’s candy. Nary a bit of gluten in a pineapple…ever. And still.

But there’s been a bit of a backlash against the rampant vocal quest (often demand) for gluten free options on menus, and food producers have taken note. The backlash, though, seems to have done some good: More consumers are doing their research, and are not only smarter about making gluten-free choices, but also understanding their own health and need (or lack of need) to eliminate gluten.

Expect the gluten-free movement to be much quieter and a a little more second nature from here on out.

This year, chefs loved adding a bit of gojujang to dishes for a pop of heat. Restaurants boasted shelves of house-made fermented foods (a trend of 2016) like kimchi. Suddenly some signature accents of Korean cuisine are becoming more accessible in Vancouver, and with that will likely come the expansion of the city’s Korean repertory, and more specialized Korean dishes and restaurants.

One way to explore Korean cuisine is to hop on board the new Evergreen SkyTrain extension, and get off in Coquitlam, which boasts an array of excellent Korean restaurants, showcasing the cuisine. 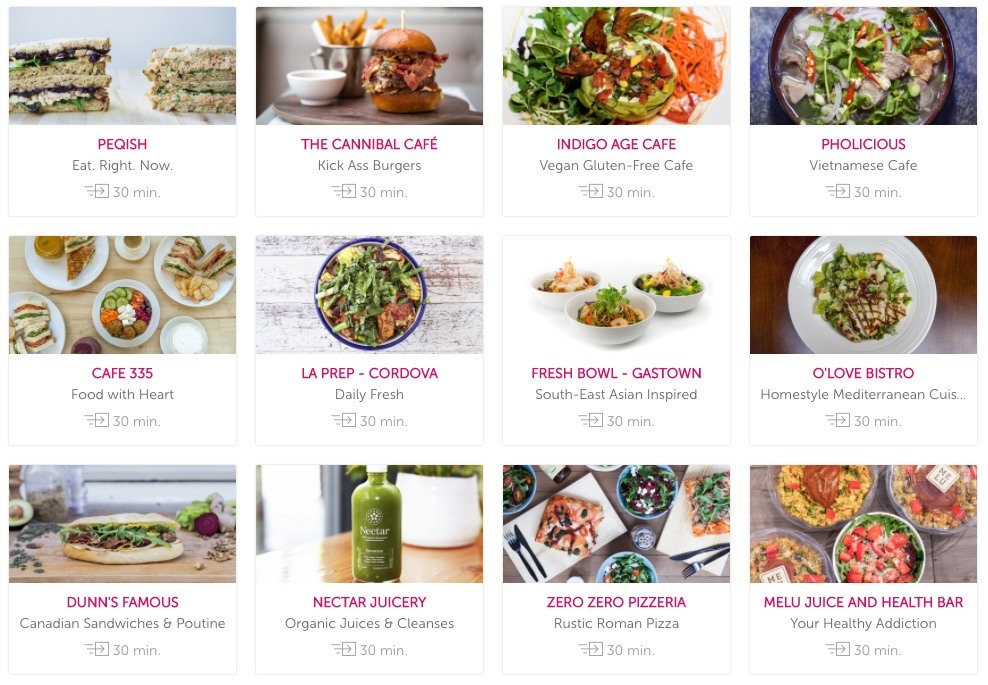 Sure, you can call up your local pizza joint or favourite Chinese food spot and get dinner at your doorstep, but Vancouver is enjoying an uptick of food delivery options that are bringing high-quality restaurant fare to our offices and houses. With apps and easy to use online platforms, companies like foodora, which expanded to Vancouver in late 2016, offer homebodies and desk lunchers a whole new level of choice for what we can get sent to our homes.

Combined with meal prep services, and suddenly staying in is a lot like going out. How many more can Vancouver sustain? We’ll see if by the end of 2017 if we’re experiencing a bit of the market overload Toronto is already this year in the food delivery service sector.

It’s small plates, but without the sharing. One of the bastions of fine dining is the tasting menu, and while it’s quite evident Vancouver doesn’t really want more white tablecloths and stuffy dining rooms, we do want to taste what the chef wants to cook. Tasting menus are coming back, but not necessarily in super fancy places.

While Bauhaus, one of 2015’s Best New Restaurants in Vancouver, has long aimed to lead the charge for an overall move towards more refined dining, their tasting menu option has taken awhile to take hold (and, trust me, letting the chef call the shots at a spot like Bauhaus is the supreme way to experience the restaurant at its best). But it is taking hold, and now the longstanding popular Dave Gunawan spot Farmer’s Apprentice has ditched a la carte and is doing just tasting menus (one omnivore, one for vegetarians), while the just-opened Mak N Ming is doing tasting menus only, too.

Nashville-style hot chicken has tongues wagging in cities like Los Angeles and New York. It’s a long shot, but heat seekers might want to keep their eyes peeled for this flaming hot chicken option up here in Vancouver.

Keep your eyes out for this noodle on menus around town. Proving there’s life after rigatoni, and fusili, casarecce looks like a folded inward and slightly twisted penne. Spotted this noodle at Kissa Tanto, Royal Dinette, and for sale inside Fairmont Pacific Rim’s fab Giovane Cafe.