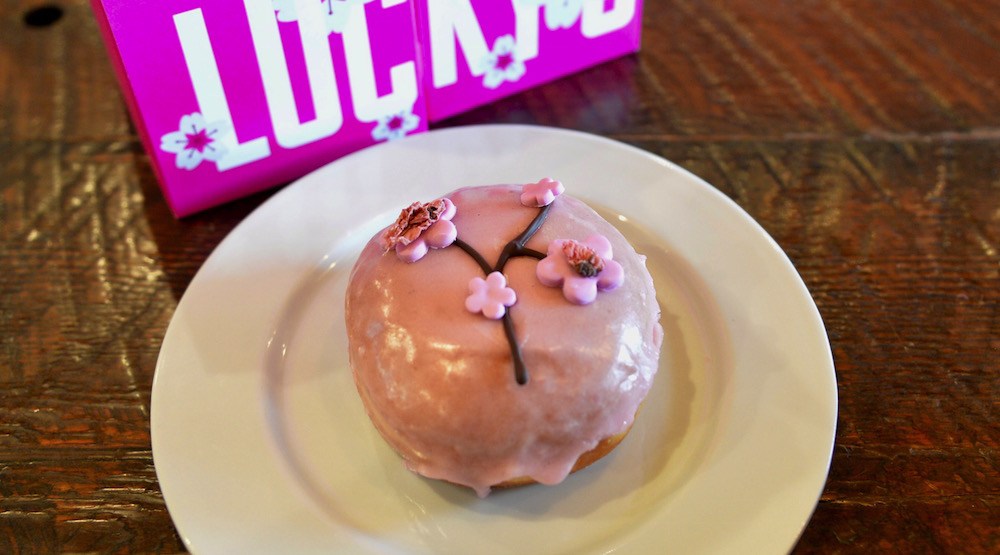 If you are among the many Vancouverites hungry for some fun ways to get out and eating this coming week, here are 10 food events to check out this week, March 27 to April 2, 2017.

Notch8’s setup in their Private Dining room for their special Brothers Grimm Afternoon Tea covers all the bases, from Red Riding Hood’s basket of breads and treats to the main event: Tiers of wooden log rounds are used to hold all the delectable goodies you love at a fancy tea-time, nestled on a “dirt” floor. 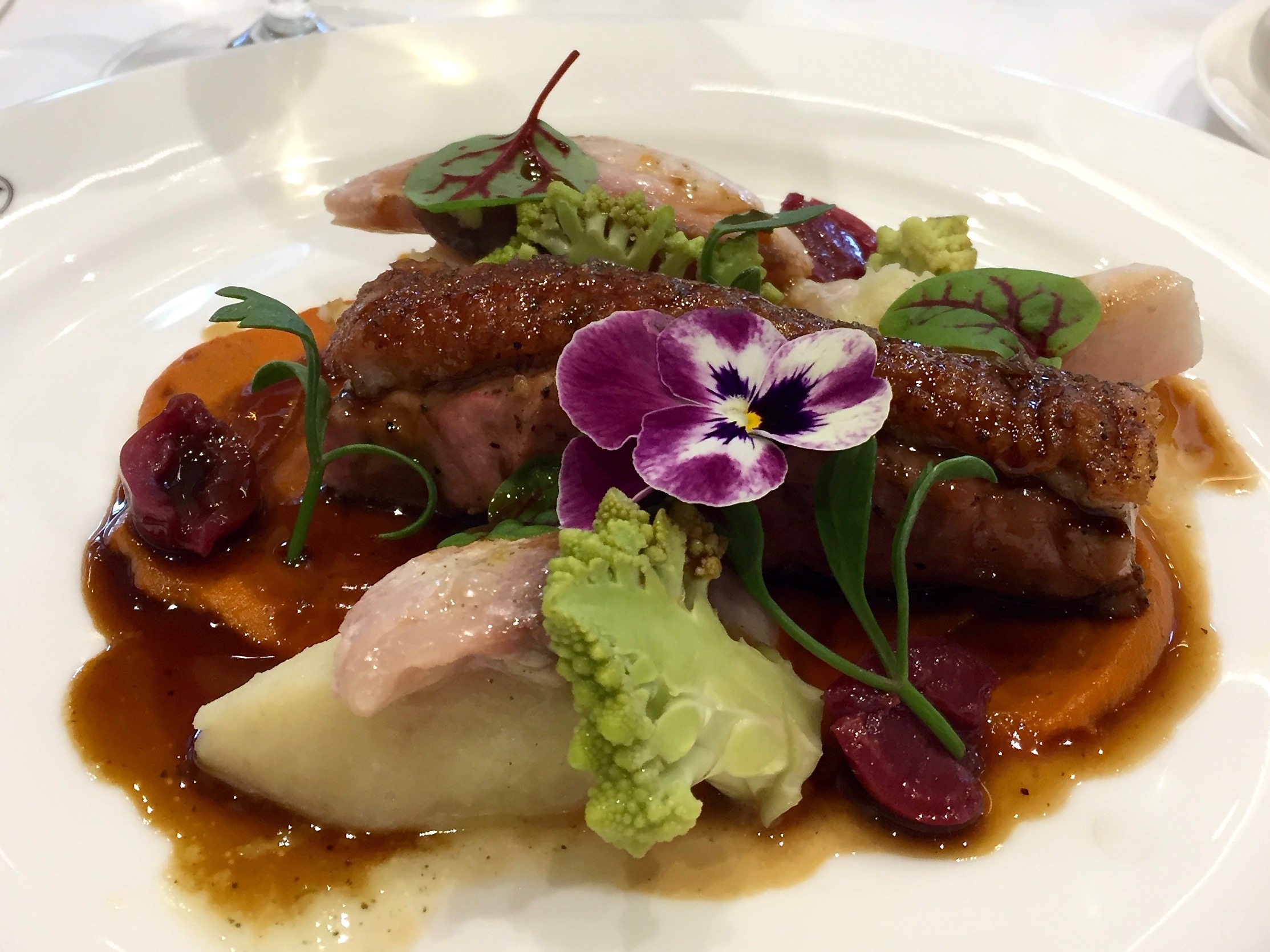 If you’re up for a gastronomic experience like no other, the Always Sakura Set Tasting Menu at TWG Tea’s North American flagship boutique and tea salon is available from now until April 8. The spread includes beverages that represent company’s seasonal spring teas including Sakura! Sakura! Tea and an iced Green Beauty Tea.

3. $2 Happy Hour food at The Greek by Anatoli

To get to know what’s being dished up during HH at The Greek, between Monday, March 27 and Friday, March 31 their feature Happy Hour dishes will be just $2 each.

What’s Up? HotDog! may be known for their killer dogs, but this spot recently launched something completely unexpected – a vegan wing night. Every Monday from 6 pm until they close at midnight, the restaurant will be serving “Fricken” Wings – lightly battered, deep-fried cauliflower pieces, with your choice of sauces for dipping (vegan or non).

When: Mondays from 6 to midnight
Where: What’s Up? Hot Dog! – 2481 East Hastings Street, Vancouver

In its latest instalment in a series of Brewmaster Dinners, Gastown’s Wildebeest is teaming up with award-winning brewery Brasserie Dunham on March 28 for an evening of delicious beer and food pairings. Brews by Quebec’s Brasserie Dunham will complement five exceptional courses by Chef Alessandro Vianello. Reservations can be made by phoning the restaurant at 604-687-6880 or online.

Back for its 23rd year, Dining Out For Life is taking place on Thursday, March 30. This popular fundraiser is an annual dining event that aims to raise money for AIDS service organizers. Participating restaurants will donate 25% of their food sales to support those affected by HIV and AIDS.

When: Thursday, March 30
Where: Participating restaurants in Vancouver

On Thursday, March 30, all proceeds from sales of Lucky’s Doughnuts’ seasonal Sakura cherry will benefit Dining Out For Life in support of meal and nutrition programs for individuals and families affected by HIV/AIDS and other co-existing illnesses. Lucky’s Doughnuts Sakura is a classic Bismarck-style doughnut filled with a white chocolate and matcha pastry cream, drizzled with a Sakura and strawberry glaze and topped edible fondant flowers and dried Sakura. 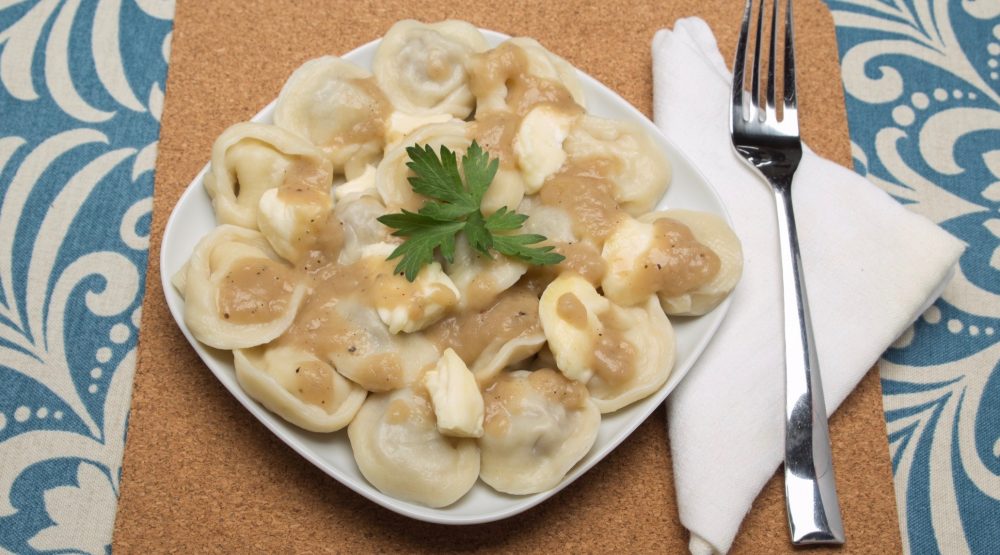 Vancouver dumpling company Hey, Dumplings! is back for a seriously drool-worthy 6-month pop-up. The Russian-style local dumpling maker officially opened their seasonal shop as of March 4. Handmade daily for your pleasure, owner and dumpling connoisseur Heather Johnston creates a specific kind of dumpling called Pelmeni, which tehcnically translates to “ear bread.” They even make Dumpling Poutine!

When: Sunday April 2 from 6 to 10 pm
Where: 845 Burrard Street, Vancouver
Cost: $49 plus beverages; buy via Eventbrite