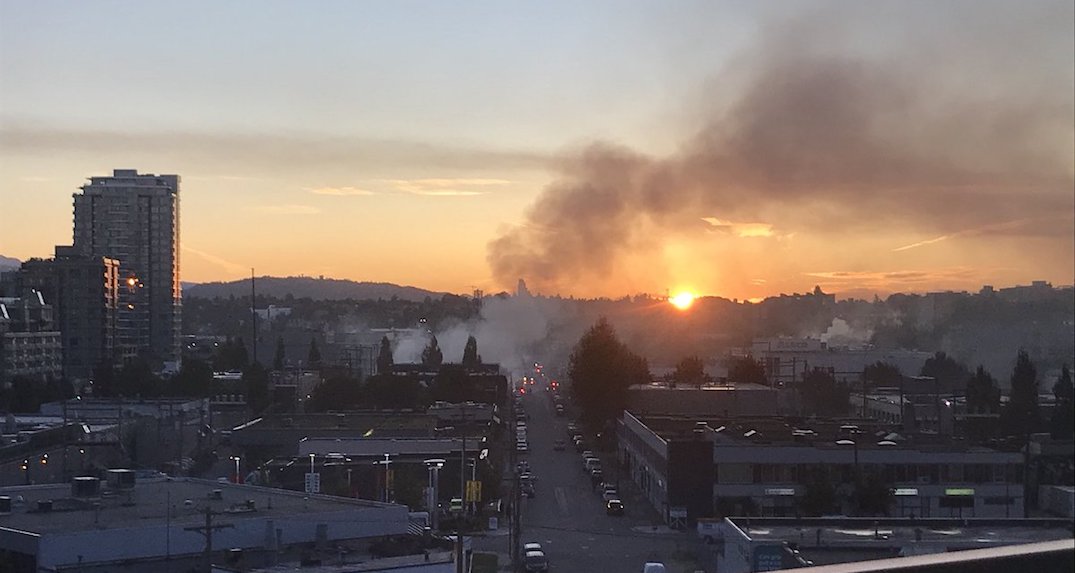 A two-fire alarm has engulfed an Olympic Village building on Wednesday morning, although no injuries have been reported.

The early morning blaze reportedly took place at the Metal & Wood Products building on East 3rd Ave, and the fire department was on the scene just after 5:30 am.

Witnesses in the area heard multiple explosions during the blaze, which the fire department is still battling at this time.

The cause of the blasts and fire are still unknown.

West 3rd Ave between Ontario and Quebec as well as Quebec at 2nd Avenue are currently closed as firefighters battle the blaze.

Mount Pleasant is on fire this morning. #Vancouver #vancitybuzz pic.twitter.com/8MAtLnq1Bl