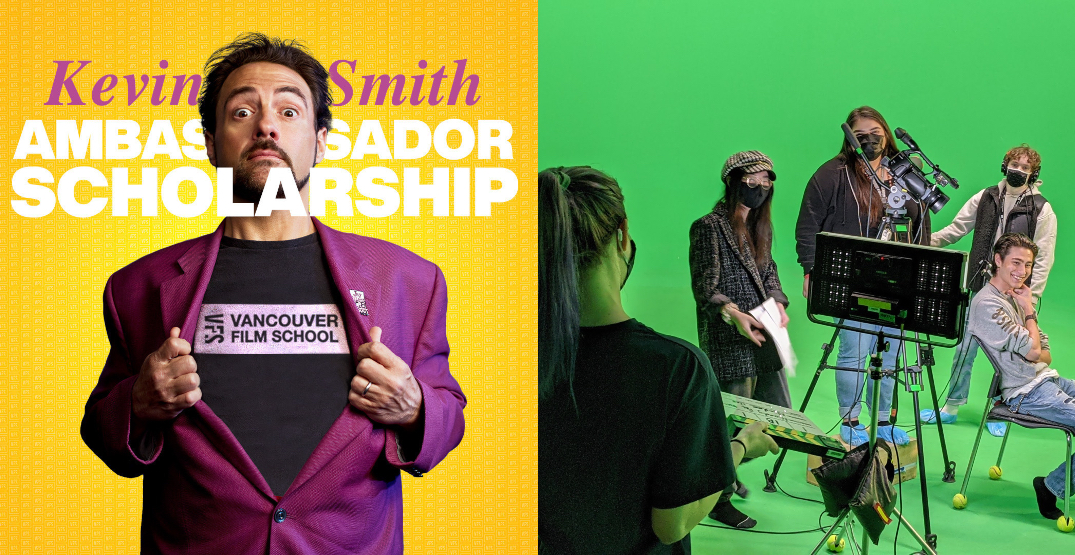 Calling all film buffs and future directors! On Tuesday, October 12, Vancouver Film School (VFS) and Kevin Smith announced a scholarship program that’s worth up to $500,000 for emerging creative talents.

The 2021 Kevin Smith Ambassador Scholarship is accepting applications from now until November 1, 2021, and it’s available for students who “demonstrate the most-promising creative potential,” according to a release.

Up for grabs are three full-tuition and three partial (50%) scholarships that can be used towards any program at VFS. Also, qualifying applicants can get tuition reductions up to $10,000.

Perhaps most famous for his Jay and Silent Bob franchise, VFS alumn Kevin Smith is a globally known talent and pop-culture icon with more than 70 acting credits on IMDb.

Now, a handful of lucky film students will get a financial helping hand to follow in his footsteps by studying at VFS just like Kevin Smith with a chance to study full-time in the 2022-2023 academic year.