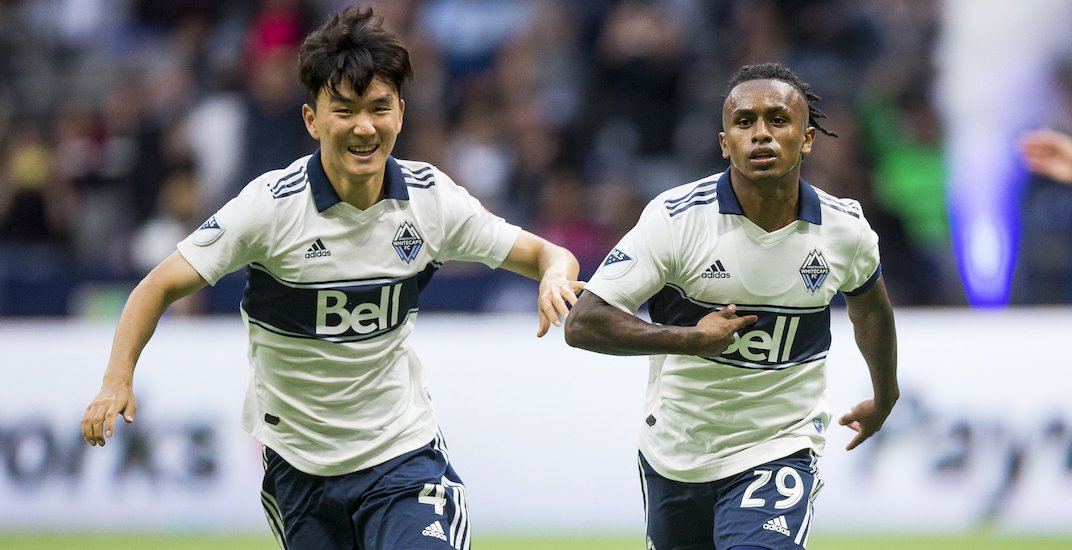 Looking for exciting events happening around Vancouver this week? Here are 28 fun things to do from Monday, July 22 to Thursday, July 25. Deerhunter, Vancouver Fetish Weekend, and more. 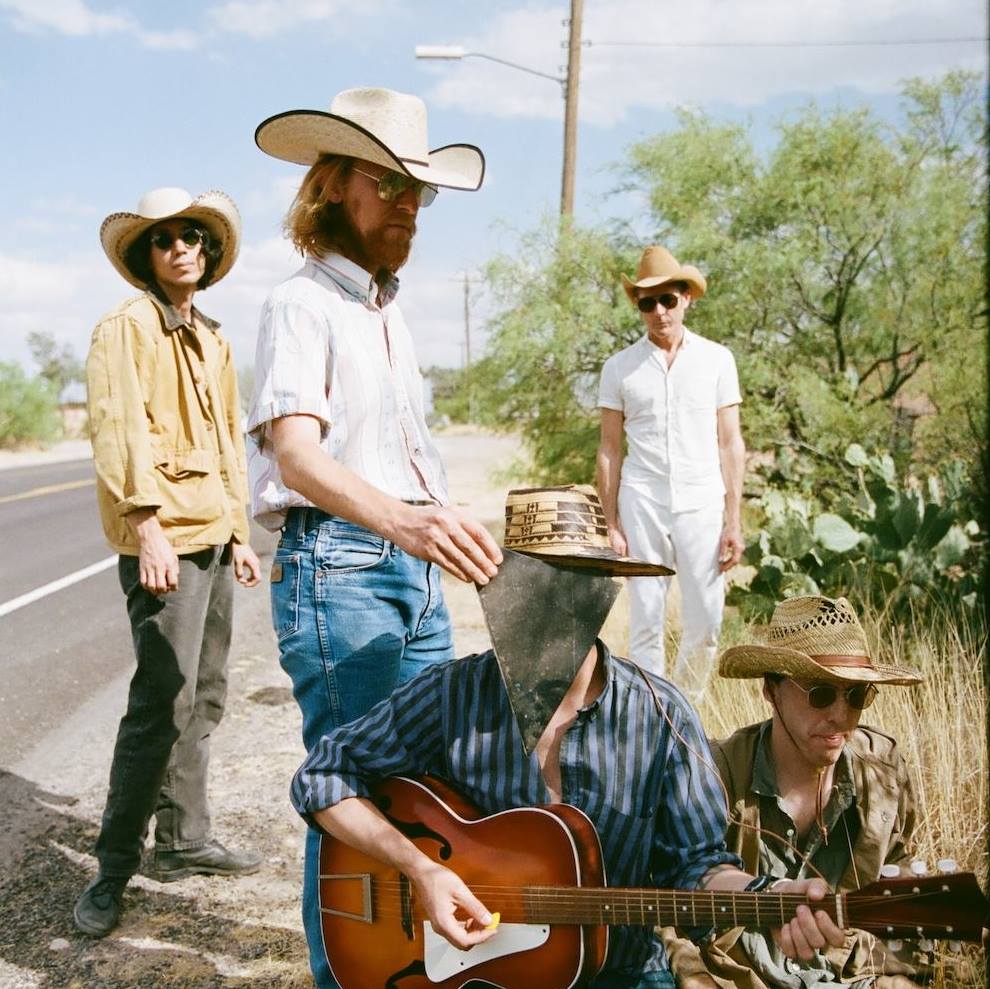 What: Rock band from Atlanta, Deerhunter is on tour to support their latest release “Why Hasn’t Everything Already Disappeared?”

What: Ubuntu Canteen is co-hosting the latest edition of its Farm-to-Bottle Dinner Series with That’s Life Gourmet to present an evening of Spanish wine paired with Spanish-inspired fare.

What: This exhibition at Bill Reid Gallery brings together urban Indigenous community members to visually express their relationships to their respective Indigenous languages.

The Dark Side of the Universe with Katherine Freese

What: Join Dr. Katherine Freese, author of The Cosmic Cocktail: Three Parts Dark Matter and Professor of Physics at the University of Texas, Austin – as she recounts the hunt for dark matter. There will be a Q&A afterwards.

What: Drowning Prevention Week — the third week of July — is an annual initiative of the Lifesaving Society aimed at reducing the number of water-related fatalities and drowning incidents by promoting water safety messages in the community. Head to the UBC Aquatic Centre for free drop-in programs from now until July 27. Learn how to recognize a drowning swimmer, CPR & First Aid basics, PFD fittings, and more. 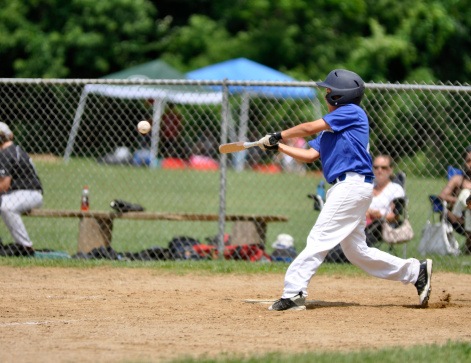 What: Seven teams from across BC will compete in the BC Little League Championships. The winning team moves on the National Championships in Ancaster, Ontario with the hopes of representing Canada at the Little League World Series.

What: These free classes with Danza Productions are designed to introduce a variety of Urban and Afro-Caribbean inspired dance styles and rhythms. These beginner-friendly classes cater to multiple fitness levels and abilities. Presented by Vancouver Civic Theatres in partnership with DanZa Productions. 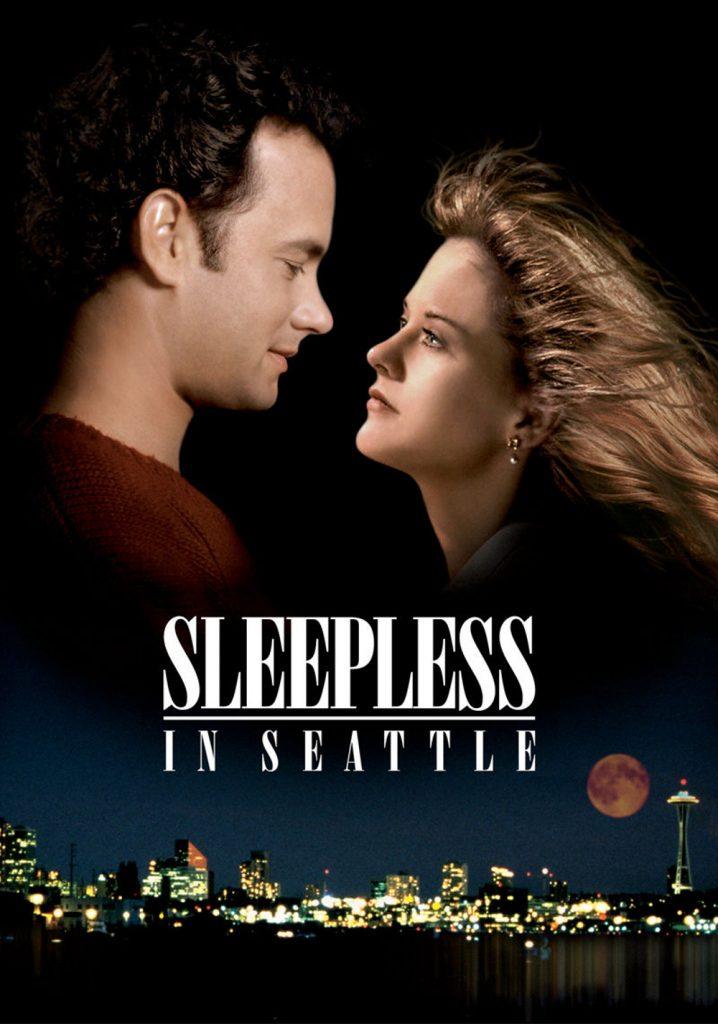 What: One of the most popular summertime events in the city is back as free outdoor movies return to Stanley Park this summer. The Evo Summer Cinema Series this week features Sleepless in Seattle on a four-story inflatable movie screen. Be there before dusk and take part in the many fun pre-show activities, including games, prizes, and giveaways, as well as the weekly offering of food truck fare and classic movie treats.

What: Head to Town Centre Park for a whimsical outdoor performance of The Windsinger, a family-friendly adaptation of Shakespeare’s adventurous play, The Tempest.

What: The Vancouver Canadians are celebrating ‘Pride’ in support of local LGBTQ+ organizations. The event will take place at Nat Bailey Stadium on Tuesday, July 23, against the Everett AquaSox, celebrating inclusivity in sport as well as the team’s diverse fanbase. The C’s will be selling ‘Pride Packs,’ with all proceeds from sales going towards LGBTQ+ organizations. The packs are available for $130 and include four reserved grandstand tickets and four #PrideAtTheNat t-shirts. Tickets are available online or by calling 604 872 5232.

If you’ve already got a ticket to the game, you can still support the cause by purchasing a t-shirt for $25 on the concourse, with all proceeds going towards the same local LGBTQ+ organizations.

What: This summer concert series will take place against the Fraser River backdrop every Tuesday and Thursday nights in July. The Eats at the Pier concession stand will be serving drinks from New West’s own Steel and Oak Brewing Co. and Pacific Breeze winery. The entire park will be one massive site-licensed area between 5 to 9pm, allowing you to take your drink anywhere within the park. 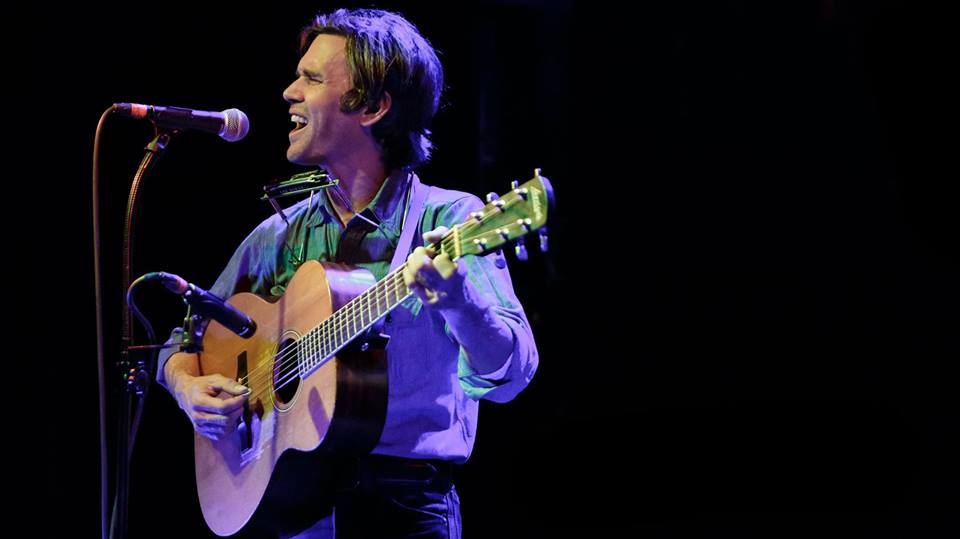 What: Willie Watson is a singer-songwriter, guitarist, banjo player, actor and founding member of Old Crow Medicine Show. He performs on July 23 at Biltmore Cabaret.

What: Vancouver Whitecaps take on Cavalry FC in MLS action at BC Place.

Sunset Cinema – Spider-Man: Into the Spider-Verse

What: Vancouver Civic Theatres invites all movie lovers to Sunset Cinema, a free outdoor movie series on šxʷƛ̓exən Xwtl’a7shn (formerly QET Plaza) outside the Queen Elizabeth Theatre. Bring your blankets, chairs, and pillows, and enjoy Spider-Man: Into the Spider-Verse on the huge inflatable screen under the stars. Movies begin at dusk, weather permitting, but arrive early to save your spot. Four-legged friends are welcome. 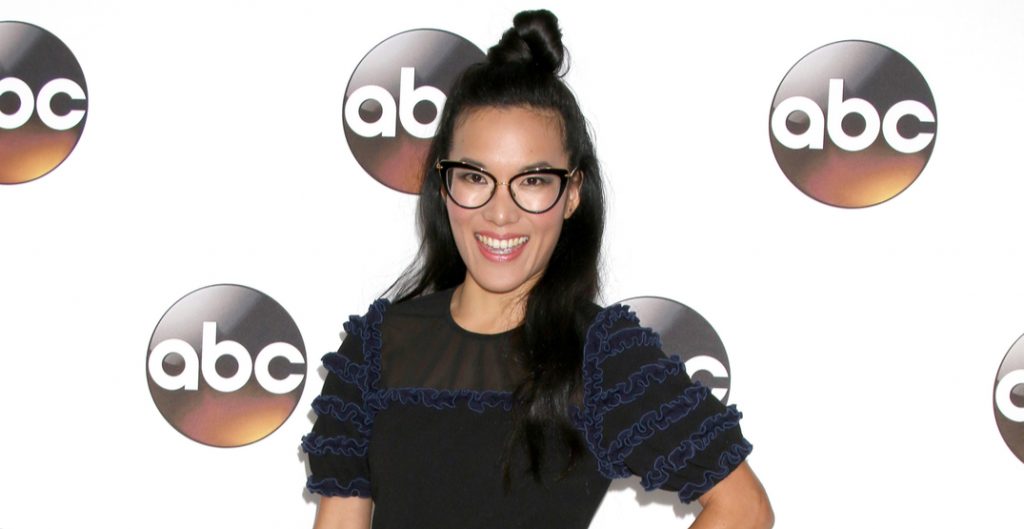 What: Ali Wong is a stand-up comedian, writer and actress. Her breakout Netflix special “Baby Cobra” premiered Mother’s Day weekend 2016 to critical acclaim. Since then she has thrown out the first pitch at a Giants game and appeared on Ellen. She voices the co-lead and executive produces the Netflix animation show, “Tuca and Bertie” alongside Tiffany Haddish. Ali also stars in Always Be My Maybe with her longtime friend and creative collaborator, Randall Park. Her debut book for Random House will come out in 2019. 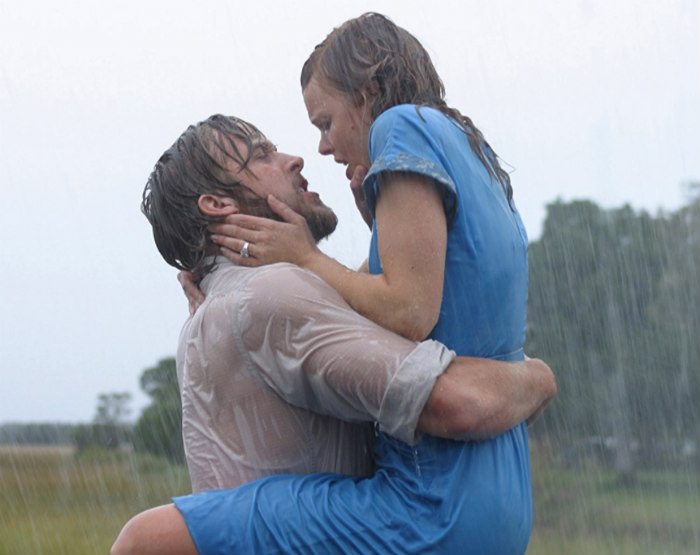 What: The Drive-In Movie Series returns to Lansdowne Centre for its fourth year, presented by Fresh Air Cinema. Enjoy The Notebook on an outdoor screen. Take a drive and cuddle up, or bring a blanket and lawn chair and settle in. Parking is on a first-come, first-served basis (first 200 vehicles), and the movie audio will be broadcast over FM radio. Keep in mind that this is a family-friendly event, so smoking and alcohol are strictly prohibited.

What: A free, family-friendly summer evening of live music inspired by the classics and iconic pop culture performed by the Vancouver Metropolitan Orchestra, led by Maestro Kenneth Hsieh. The performance takes place at Jack Poole Plaza at Burrard Landing, and seating is first come, first serve. Audience members are encouraged to bring lawn chairs or blankets for comfort. Presented by PCI and Ledcor. 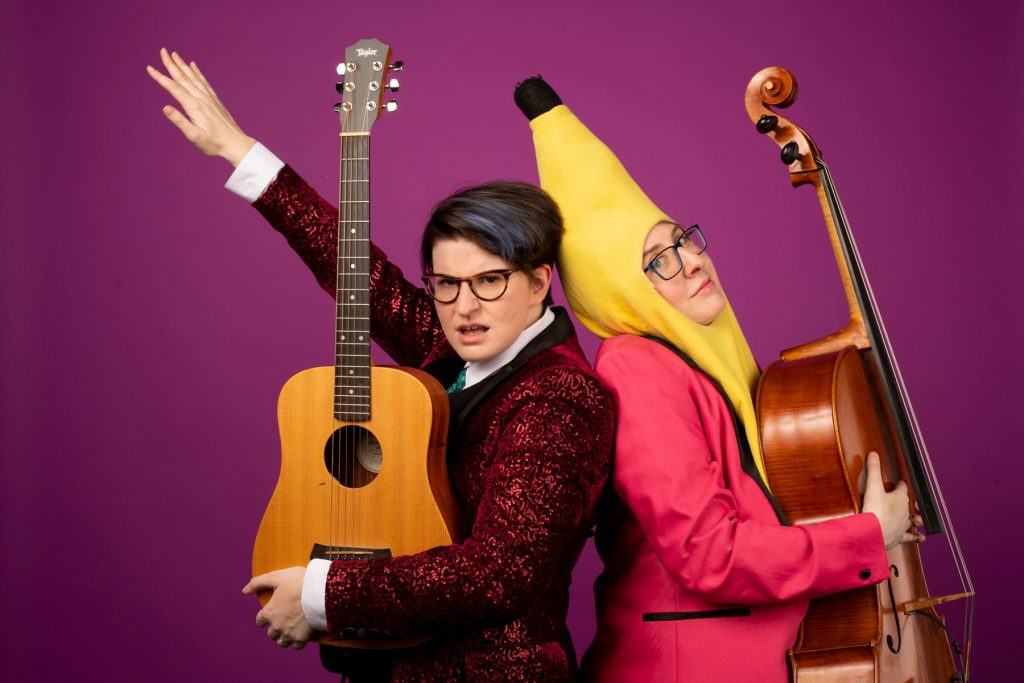 What: The Doubleclicks are a folk-pop music duo made up of siblings Laser and Aubrey. The Doubleclicks have been played on NPR shows like All Things Acoustic, and featured on BoingBoing, io9, Geek & Sundry, and the Huffington Post. They have opened for nerd stars like Jonathan Coulton and Wil Wheaton, performed at dozens of conventions, libraries, colleges, comedy clubs and game stores around the US, Australia and Canada, and released more than 70 music videos on YouTube, where they have 16,000 subscribers and 3 million views.

What: New York City hip-hop collective Beast Coast, described as “a fearsome squad effort” by Consequence of Sound, and “insane, and immediately head-nod inducing” by Hot New Hip-Hop, are set to perform live in Vancouver this July. As part of their Beast Coast: Escape from New York North America Tour, the supergroup will make its stop at the PNE Amphitheatre for a collaborative show that diehard hip-hop fans will not want to miss. 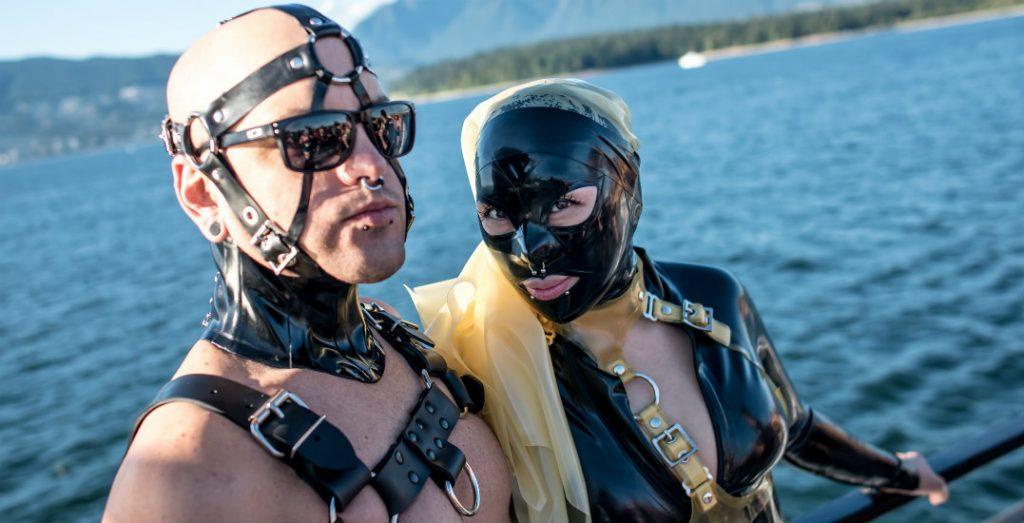 What: Vancouver Fetish Weekend is an annual festival that happens to be the biggest kink party on the West Coast. Vancouver Fetish Weekend gives attendees the chance to explore a hidden, hedonistic side of life by meeting, partying, flirting (and maybe more), with hundreds of local and international fetish enthusiasts. Kick things off with kinky cocktails on July 25 to a daytime get together, a VIP fetish cruise, bondage ball, and even some decompression time with your new fetish friends on Wreck Beach on July 29.

What: The new Gastown Thursday Nights (GTN) series is bringing a revolving cast of art installations, in-store-events, shopping, and dining discounts to Vancouver’s most historic neighbourhood. Starting at 5 pm on the last Thursday night of each summer month (June 27, July 25, August 29), participating Gastown stores will be filled with a ton of fantastic and free surprises including a live art creation, pop-up tattoo artist, belly dancer, Thai dance class, kissing booth, boot toss, Dj’s, musicians, beverages, food, and more. The fun and hot deals will run until around 9 pm, but make sure to come early.

What: During Waterfront Cinema on July 25, a large inflatable screen will pop up to show Elf, creating the perfect environment to take in a flick under the stars, all with the North Shore mountains in the background. To give your night two thumbs up, do yourself a favour and bring a lawn chair (or you’ll be sitting on the hard ground) and jackets and/or blankets (it gets cold). And keep in mind that this is a family-friendly event so neither smoking nor alcohol are permitted.