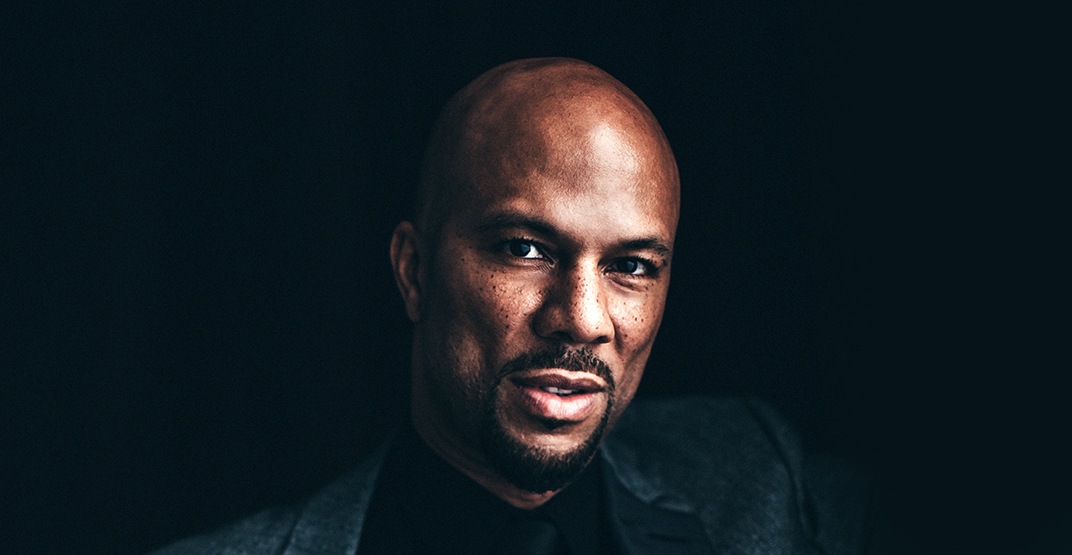 July is half over, but the fun has just begun! Here are 28 great events happening in Vancouver from Monday, July 15 to Thursday, July 18, including Common, Playland, and more!

What: Through its summer Walking Tour Program, the Architectural Institute of BC offers stunning architectural perspectives of six Vancouver neighbourhoods. Sites include Chinatown, Gastown, Yaletown, Downtown, West End and Strathcona, the first neighbourhood in Vancouver. For locals and tourist alike, the tours are a fun and engaging way to learn more about the architecture and history of Vancouver. A distance of 3 km is covered over a period of two hours – comfortable walking shoes are suggested. Tours are held rain or shine.

When: Thursdays to Mondays until September 2, 2019
Time: 10 am and 1 pm. Arrive 15 minutes before departure time
Where:  Meet in the lobby of the Architecture Centre – 440 Cambie Street, Vancouver
Book: Online

What: Free, live music concerts will be happening every weekday on the CBC Vancouver outdoor stage. Grab your lunch, your friends, your kids or your co-workers and join the 10th season of CBC Musical Nooners. The opening concert on July 5 features The Harpoonist & The Axe Murderer with Dawn Pemberton. Other performers include The Hamiltones (July 18), Jim Byrnes (July 25), Petunia and the Vipers (August 7), and Sister Speak on August 16. 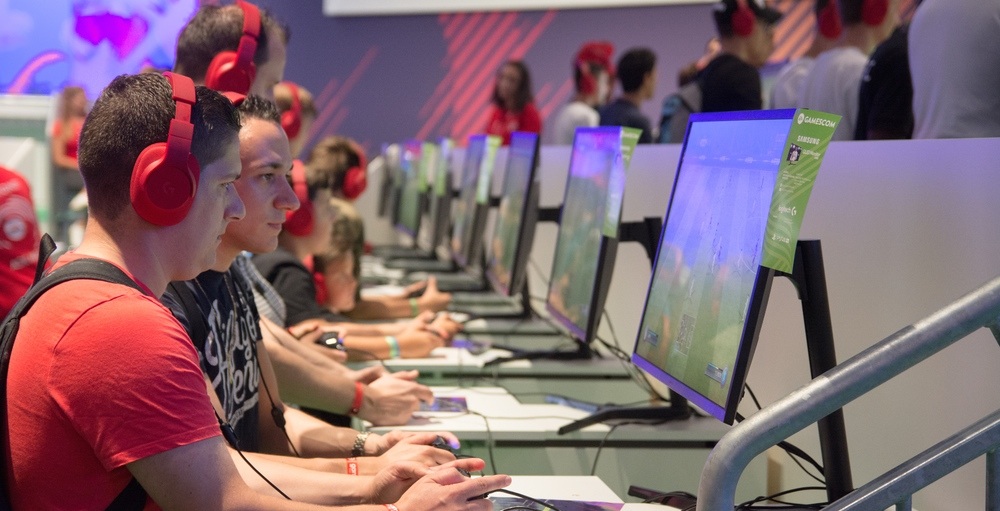 What: Join the cast and crew of Smash Forward: Growing the Vancouver Esports Scene for a special engagement at The Gaming Stadium, for a Q&A session as they tell all of the efforts that it took for this documentary to emerge. Bring your own Nintendo Switches and take on the community if you, and then send off into the night in a crew battle hosted by the cast. 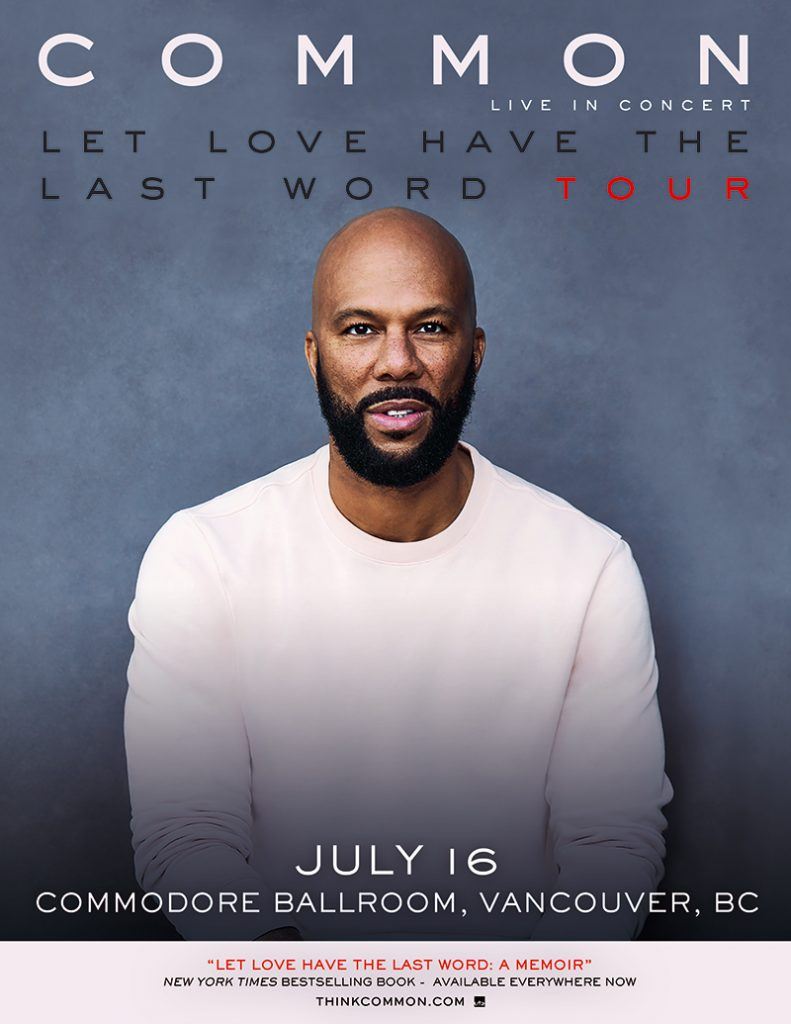 What: American hip-hop artist Common will be bringing his Let Love Have The Last Word tour to Vancouver’s Commodore Ballroom on July 16. The multi-talented Academy Award, Golden Globe, Emmy, and Grammy-winning artist, actor, and activist has had a multitude of critically acclaimed, diverse roles, as well as continued success at the box office.

What: One of the most popular summertime events in the city is back as free outdoor movies return to Stanley Park this summer. The Evo Summer Cinema Series this week features Shrek on a four-story inflatable movie screen. Be there before dusk and take part in the many fun pre-show activities, including games, prizes, and giveaways, as well as the weekly offering of food truck fare and classic movie treats.

What: If you’re ready to reacquaint yourself with the rolls, drops, spins, and thrills that only Playland can offer, then you’re in luck! The always-popular amusement park located in East Vancouver is open for another fun year. In total, there are 35 rides and attractions to enjoy, 14 of which offer an extreme experience for those who dare to ride them. 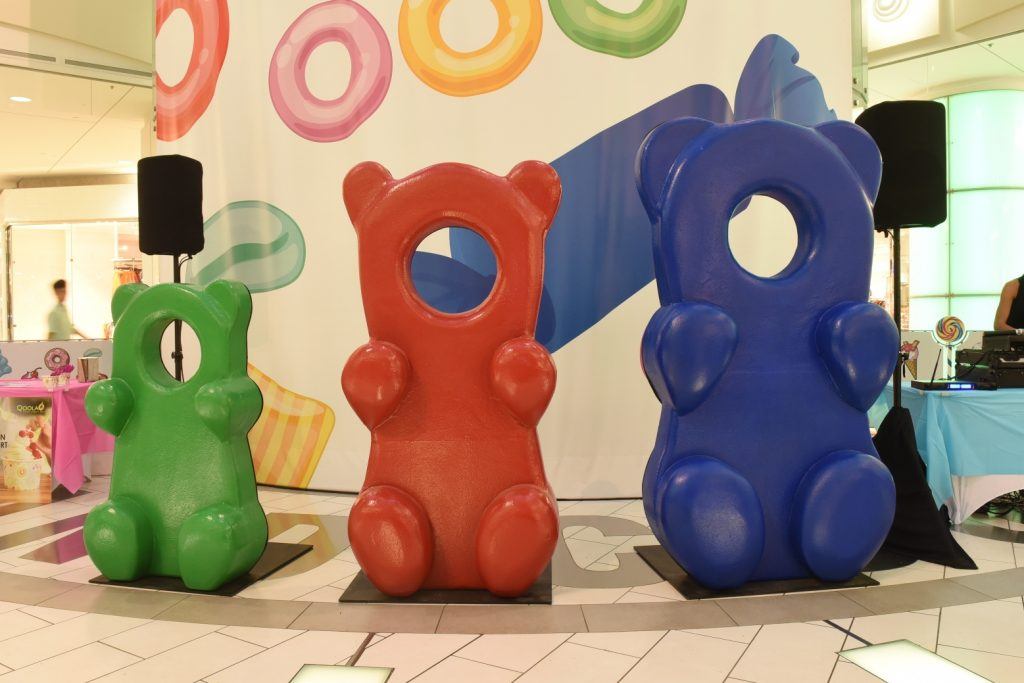 What: Join the VES Award recipient Jan Philip Cramer for an inside look into the creation of THANOS for Avengers: Infinity War and Endgame. The talk focuses on Avengers: Infinity War; explaining machine learning, showcasing character development, presenting the Philosopher short film as well as breaking down shots.

Harry and the Potters

What: Harry and the Potters are the first wizard rock band, playing songs exclusively about the Harry Potter books. They recently released Lumos, their first full-length album in over a decade and are touring libraries across North America. All ages welcome.

What: Rapper, singer, songwriter, and record producer Jon Bellion is touring in support of his new album, Glory Sound Prep. He performs at Queen Elizabeth Theatre on July 17. 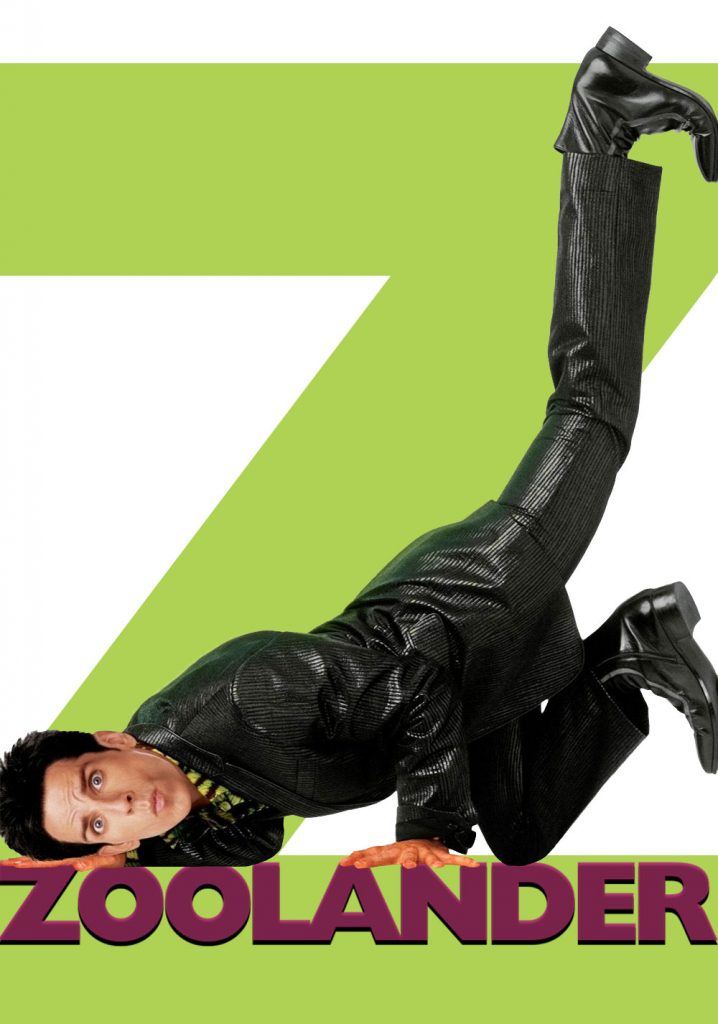 What: Surrey’s free Sounds of Summer concert series brings toe-tapping tunes to beautiful park settings. Bring blankets or folding chairs to enjoy each performance. Parking will be limited at some locations.

What: Vancouver Civic Theatres invites all movie lovers to Sunset Cinema, a free outdoor movie series on šxʷƛ̓exən Xwtl’a7shn (formerly QET Plaza) outside the Queen Elizabeth Theatre. Bring your blankets, chairs, and pillows, and enjoy Crazy Rich Asians on the huge inflatable screen under the stars. Movies begin at dusk, weather permitting, but arrive early to save your spot. Four-legged friends are welcome.

What: lululemon’s popular Summer Yoga Series is returning to Vancouver for another summer. Participants of any age or skill level will be able to take part in their classes every Wednesday at noon at Jack Poole Plaza.

What: The Drive-In Movie Series returns to Lansdowne Centre for its fourth year, presented by Fresh Air Cinema. Enjoy Spider-Man: Into the Spider-Verse on an outdoor screen. Take a drive and cuddle up, or bring a blanket and lawn chair and settle in. Parking is on a first-come, first-served basis (first 200 vehicles), and the movie audio will be broadcast over FM radio. Keep in mind that this is a family-friendly event, so smoking and alcohol are strictly prohibited. 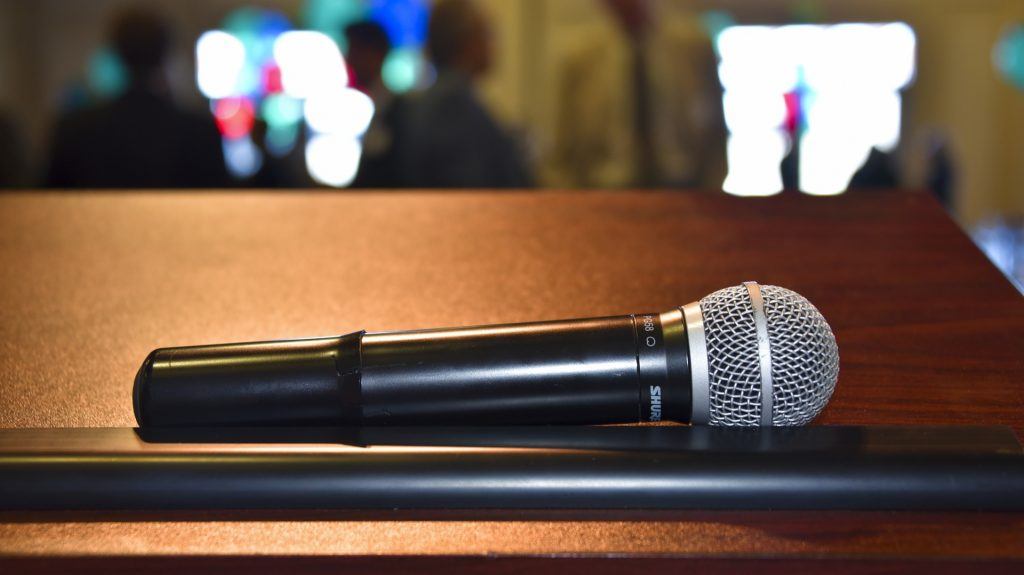 What: During Waterfront Cinema on July 18, a large inflatable screen will pop up to show Crazy Rich Asians, creating the perfect environment to take in a flick under the stars, all with the North Shore mountains in the background. To give your night two thumbs up, do yourself a favour and bring a lawn chair (or you’ll be sitting on the hard ground) and jackets and/or blankets (it gets cold). And keep in mind that this is a family-friendly event so neither smoking nor alcohol are permitted.

What: The Port Moody Arts Centre welcomes three new exhibitions to the gallery: Patterns, a group exhibition by the Garibaldi Art Club; Inhabit by Kwi AM Choi Scholarship Recipient Emilie Nunez; and Figurative Body, Literal Mind by Aimee Risby, another Kwi Am Choi Scholarship Recipient. Artists will be in attendance and refreshments will be served. 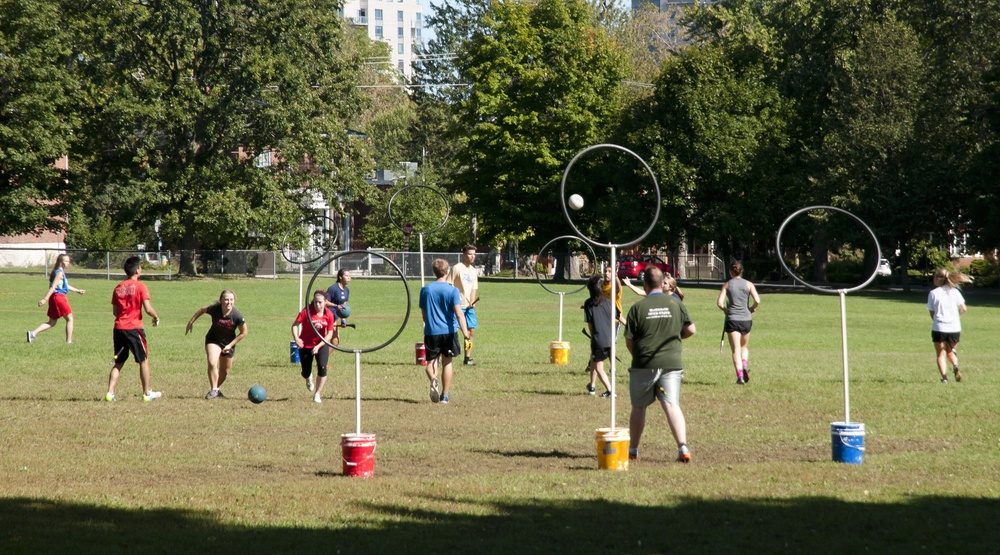 What: Your chance to catch the golden snitch with Vancouver Quidditch League. All skills levels are welcome, beginner to veteran. Participation is by donation.

When: Every Thursday until August 22
Time: 7 to 9 pm
Where: John Hendry Park (North West Corner), Vancouver
Admission: By donation 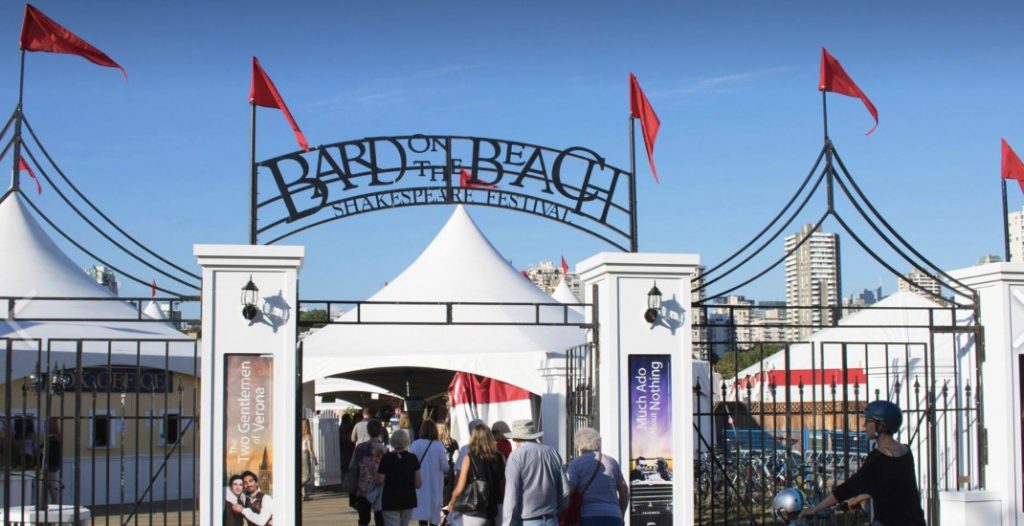 What: Bard on the Beach is one of Canada’s largest not-for-profit, professional Shakespeare festivals. Presented in a magnificent setting on the waterfront in Vancouver’s Vanier Park, the festival offers Shakespeare’s plays, related dramas, and several special events on the BMO Mainstage and the Howard Family Stage from June through September. The lineup this year includes The Taming of the Shrew, Shakespeare in Love, All’s Well That Ends Well, and Coriolanus.

What: Join Dance In Transit for this new Vancouver Parks Board activation in Andy Livingstone Park in the heart of Chinatown. There will be music and dancing to tunes from DJ MiXXX, and Juliana Oliveira will lead ZUMBA.

What: An evening of poetry with Tess Liem and guests Brandi Bird, David Ly, and Shazia Hafiz-Ramji. Tess Liem is a queer writer living in Montreal, Tiotia:ke, the traditional territory of the Mohawk nation. She is the author of the chapbook Tell everybody I say hi (Anstruther 2017) and her writing has appeared in Plenitude, Room Magazine, PRISM, Best Canadian Poetry 2018 and elsewhere. Her essay “Rice Cracker” won the Constance Rooke Creative Nonfiction Prize in 2015.