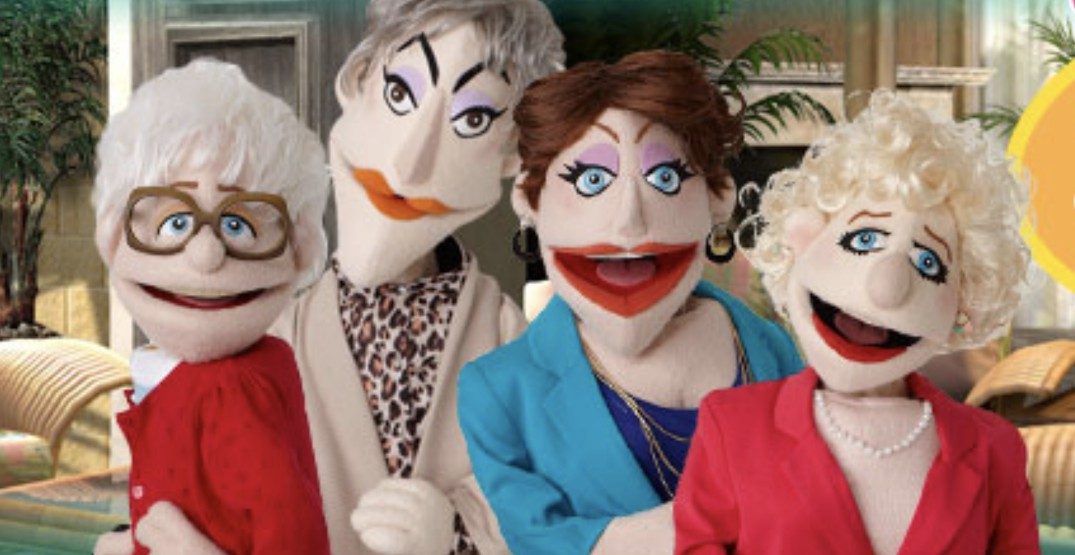 Discover a new favourite event this week in Vancouver! Here are 28 things to do from Monday, February 11 to Thursday, February 14. Check out Thank You For Being A Friend, Valentine’s Day, and more! 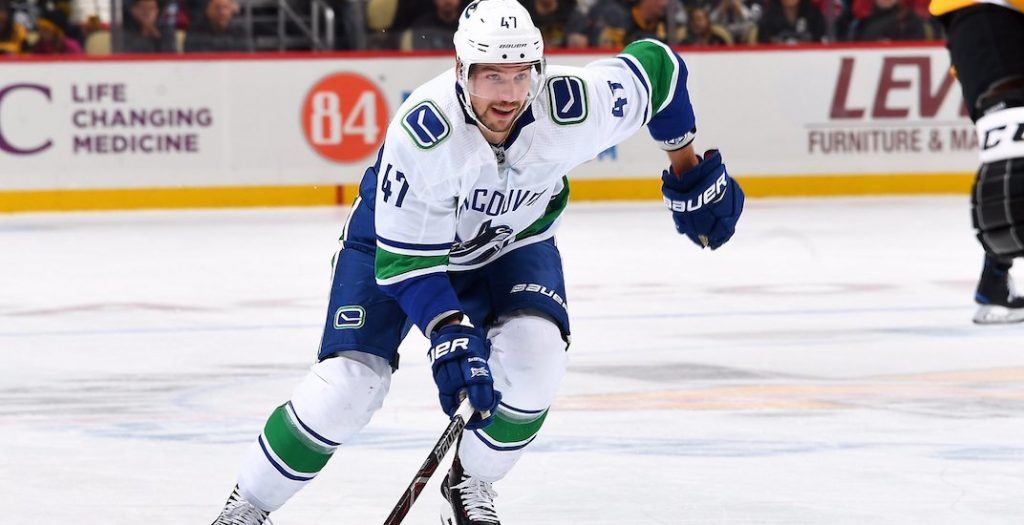 What: The Vancouver Canucks take on the San Jose Sharks at Rogers Arena on February 11.

What: This weekly series features a savoury dumpling menu, DJ Chris Allen spinning vinyl, and a flashy disco ball setting the mood. Plates are $10 and guests can choose from an assortment of decadent dumplings including nettle and ricotta with wild greens and pork and burdock with charred chili sauce.

When: Every Monday
Time: 8 pm (walk-ins only; reservations on Mondays will only be accepted until 6:30 pm)
Where: Burdock & Co – 2702 Main Street, Vancouver
More Info: Online

What: The Asian-Canadian Special Events Association has created an iconic installation for Lunar New year. From now to February 18, eight gigantic lanterns will be set up and illuminated every night at the Jack Poole Plaza, using the mountains and water as a backdrop. The lanterns were designed by three artists from Coast Salish Nations, as well as an indigenous artist from Taiwan, and celebrate an important aspect of Lunar New Year tradition. 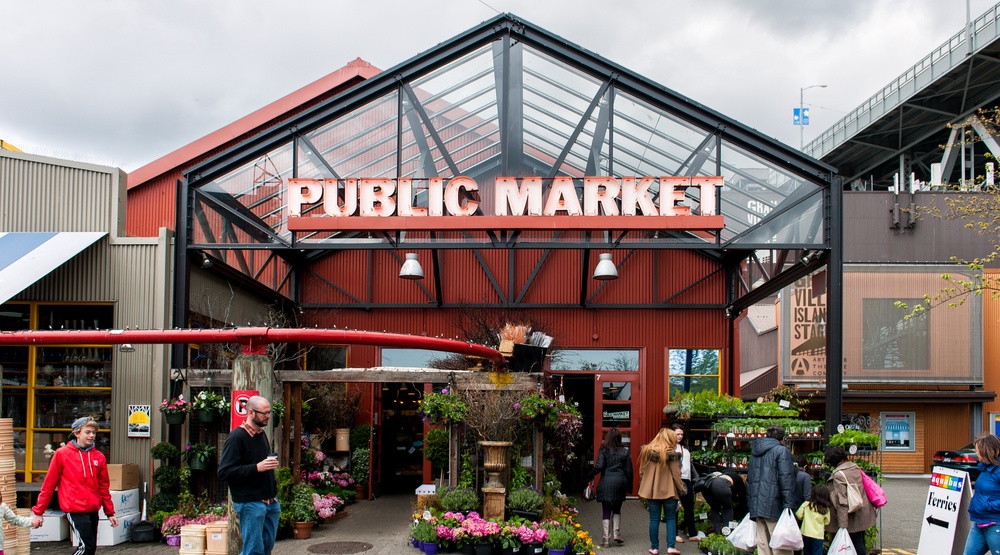 What: Granville Island is celebrating Lunar New Year traditions this month. Snap a photo in front of the lantern installations, outside on the Tree of Light in Triangle Square or inside the Net Loft atrium. Then enjoy Lunar New Year treats at the Public Market, including tea, pastries, and more.

What: Electric Church tells the story of the Jimi Hendrix Experience’s involvement as the headliner of the Second Atlanta International Pop Festival, 1970, then hailed as the ‘Southern Woodstock’. His performance at the Second Atlanta International Pop Festival was not only significant on a musical level, but also in terms of socio-political dynamics.

What: Alma is a career shoplifter who prefers the “five-finger discount” over any senior citizen’s deal. When a grocery store theft goes awry, her elaborate life of petty crime is halted by an overzealous security guard and his affable mentor. With sharp-witted comic observations, Morris Panych has expertly drawn a cast of misfit characters that will leave you rooting for all sides to come out on top.

What: VoiceStory exists to provide a safe, positive space where any adult, regardless of age, gender, race or sexual orientation, can share a moment of their lives and inspire others. It’s all about people telling their authentic stories of facing their fears, overcoming adversity, accomplishing achievements, and experiencing great adventures. People empowering people through storytelling. The theme for February is love. 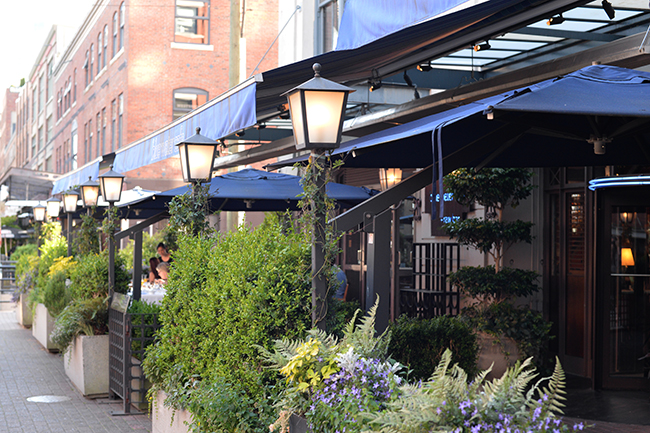 What: Blue Water Cafe has been concocting weird and wonderful culinary creations from the sea for its annual Unsung Heroes Festival for over a decade, and this year’s selection is no different. Now in its 15th year, Executive Chef Frank Pabst has created an array of delights not commonly found on many menus for the festival, which runs throughout the month until February 28.

The Galleria of Imperial Inspirations

What: Oakridge Centre and the National Palace Museum in Taiwan are pairing up to present “The Galleria of Imperial Inspirations.” The exhibitions and activities at the mall will be centred around tradition, fashion, imagination, celebration, and inclusion, as well as the artistic vision of “saving the moment.” In addition to fashion inspired by a number of famous Chinese paintings, families and children can enjoy performances and craft-workshops, as well as the chance to take home hand-held lanterns of their own.

What: Conscious Lab is building a community of like-minded individuals who are interested in personal development related to business growth and self-actualization. Head to their Community Gathering to learn more and share your ideas of what this might look like. This will be a casual evening of mingling and open conversation. 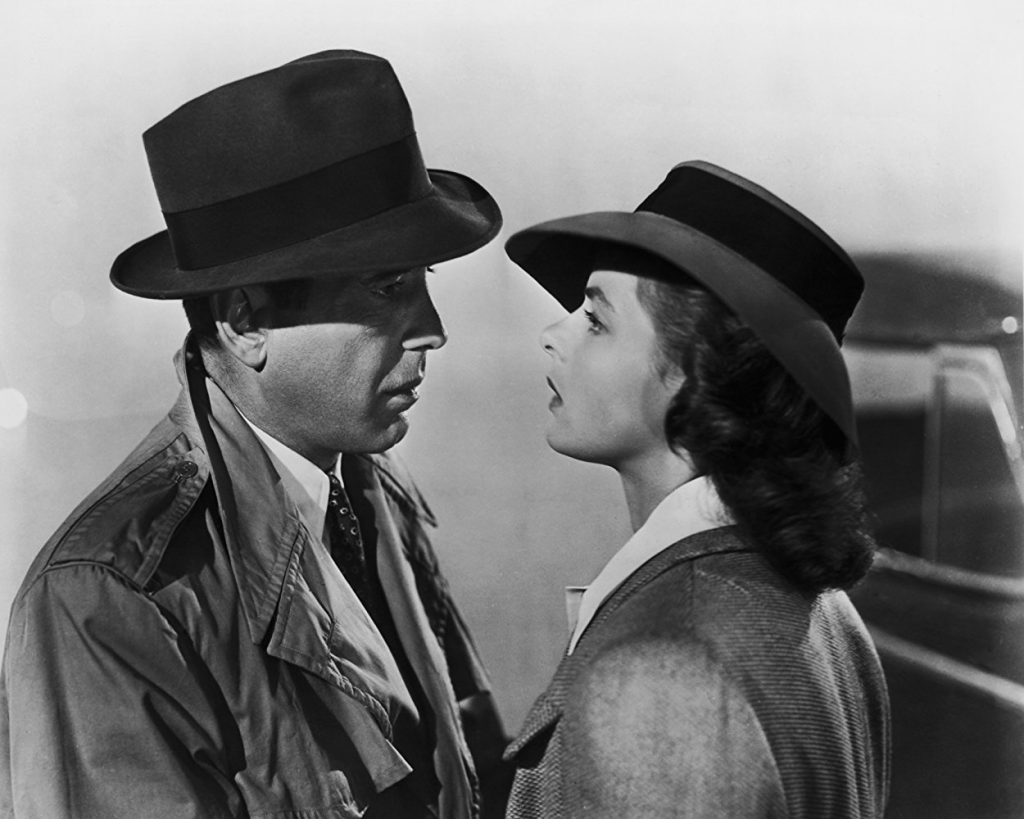 What: Released in 1942 against the unfolding backdrop of World War II, American expat Rick Blaine (Humphrey Bogart) must choose between his love for former flame Ilsa Lund (Ingrid Bergman) and helping her Czech Resistance leader husband escape the Vichy-controlled French-Moroccan city of Casablanca so that he can continue his fight against the Nazi regime.

What: It’s 1929 and young American writer Cliff Bradshaw has just arrived in Berlin, a city where the party never ends. At the notorious Kit Kat Klub he meets the beguiling chanteuse Sally Bowles and his life is turned upside down forever.

What: Painters face off against each other in celebration of the opening of Opus Art Supplies newest location in Harbour Centre while helping support the Arts community in the Downtown Eastside. All 12 paintings will be exhibited at Opus Downtown Vancouver and will be available to bid on in their silent auction during the Grand Opening Event. Thirty percent of the proceeds raised from the sale of these paintings will be donated to the Covenant House Art Therapy, and the balance to the Artist who painted it.

What: In Swelling With Pride: Queer Conception and Adoption Stories, creative non-fiction writers celebrate LGBTQ2 families and the myriad of pathways to parenthood. Join editor Sara Graefe and contributors for an evening of honest, heartfelt, unabashedly queer stories covering a gamut of issues and experiences.

Thank You For Being a Friend 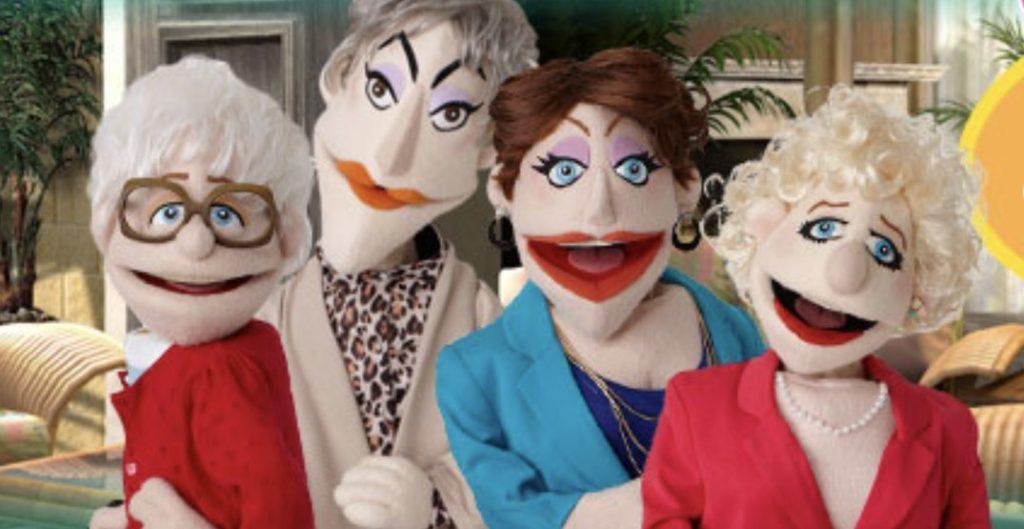 What: The Golden Girls coming to Vancouver — but in puppet form. Join Blanche, Dorothy, Rose, and Sophia for a live puppet tribute show that is bringing the laughs and memories back, this February at the Vogue Theatre.

What: Learn how to tune up your bike in a positive space for trans women, cis women, queer and genderqueer folks in a relaxed environment led by female and/or LGBTQ2I identified mechanics and volunteers. A great way to introduce yourself to the wonderful world of bike mechanics while eating pizza and listening to some great tunes.

When: The second Wednesday of every month
Time: 6:30 to 9 pm
Where: The Bike Kitchen – 1896 East Mall, Vancouver
Admission: Free

What: As Connie Walker’s hit podcasts, Missing & Murdered—”Who Killed Alberta Williams,” and, “Finding Cleo” — approach the 20 million download mark, go behind the stories, into the editorial decision making, and into the struggles behind one of Canada’s most downloaded podcasts. How has the media transformed over the last five years when reporting in Indigenous communities? What is the importance of understanding the role of trauma in our communities in our news and feature stories? Following a public talk, Connie will be joined by Ryan McMahon, creator, writer, and host of the Thunder Bay podcast, for a Q&A with the audience. 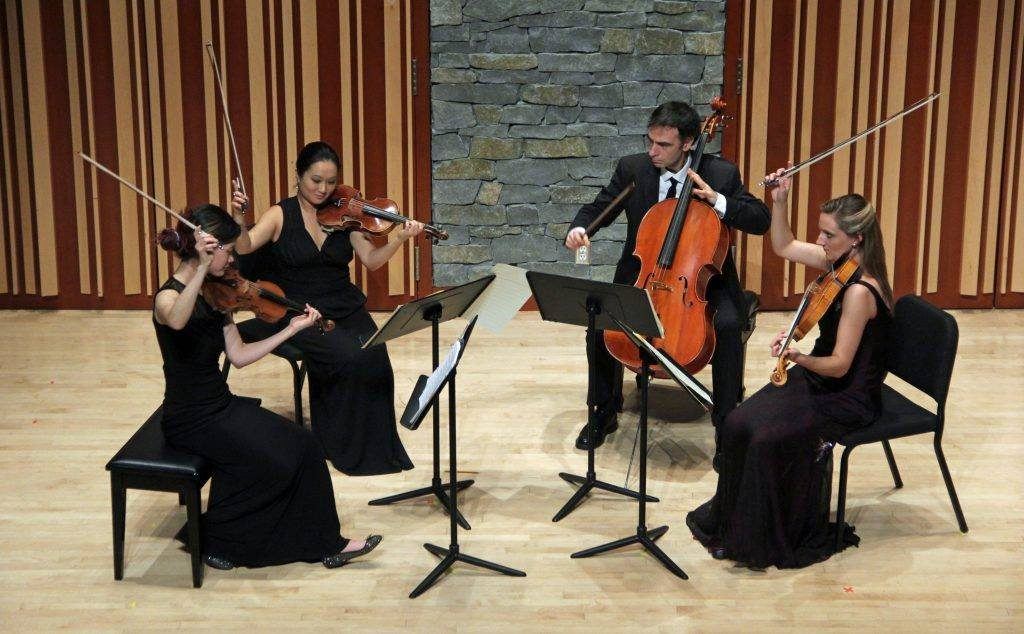 What: The Chamber Players shine a spotlight on strings with Gorecki’s highly virtuosic, Bartók-inspired Sonata for Two Violins, Ravel’s strikingly spare Sonata for Violin and Cello, and Dvořák’s energetic Sextet for Strings, written during the composer’s Slavic period.

What: Share your heart this Valentine’s with a hands-on cooking class and three-course gourmet tasting menu featuring the beloved heart. Learn how to prepare heart three ways as demonstrated by experienced wild game cook Jody Peck in this interactive workshop. 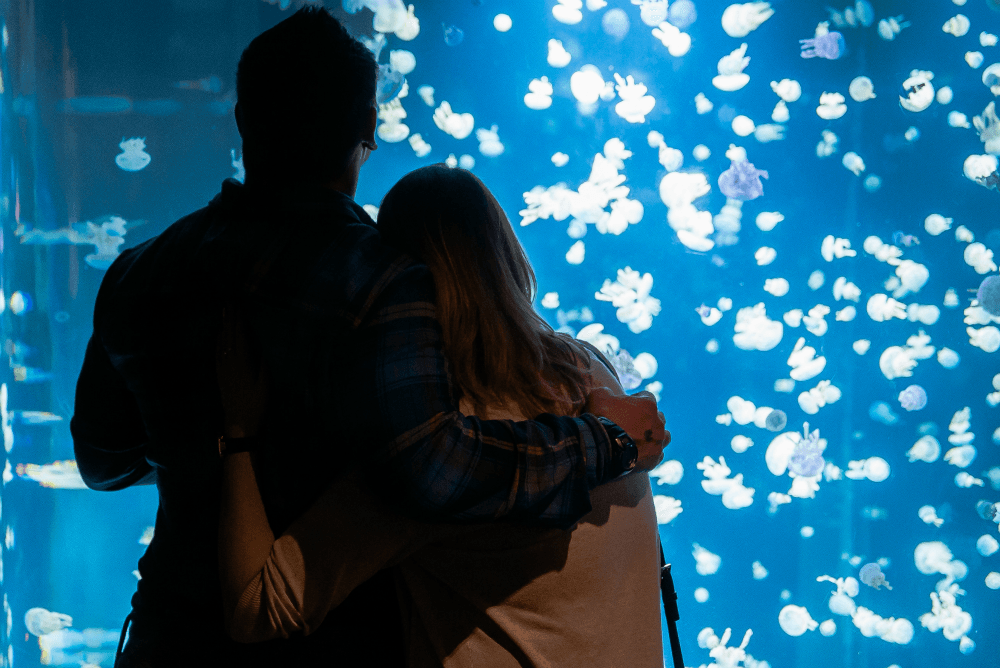 What: Love will be in the water at the Vancouver Aquarium for this adults-only evening affair. Take your date around the galleries, after dark, with a drink in hand. The night will feature a ‘naughty puppet show,’ exploration of the sex lives of marine animals, and the opportunity to meet a penguin. Alcoholic beverages will be available for purchase around the venue.

What: This annual celebration of all things hot chocolate is kicking off on January 19 and runs until February 14 – which means you have tons of days to try all of the participating ‘chocstars’ at this year’s fest. Each cafe, dessert bar, and restaurant has created sugary wondrous concoctions that take classic hot chocolates to a whole new level – there will be 70 drinks in total to explore.

What: Cupid will be stopping by The Improv Centre on Granville Island for the return of Romance Week. Vancouver TheatreSports will be putting on three rotating shows in the week leading up to February 14th, ‘climaxing’ with a special finale called My Funny Valentine. Forget the boring box of chocolates, choose to experience a ‘Love Astrologer,’ improvised rom-com clichés, and love sonnets instead.

When: Now to Thursday, February 14, 2019
Time: Showtimes vary based on performance
Where: The Improv Centre – 1502 Duranleau Street, Vancouver
Tickets: Can be purchased online starting at $10.75

What: Dig out that old, ill-fitting powder blue suit or outdated prom dress and turn back the clock to senior prom. Get a corsage for that special someone and head to Anza Club for live music, dancing, disco balls, and no chaperones. You’ll want to bring your A-game outfits and dance moves because ‘prom monarchy’ will be awarded as well.

What: Justin Timberlake is on tour in promotion of his fourth studio album, The Man of the Woods. 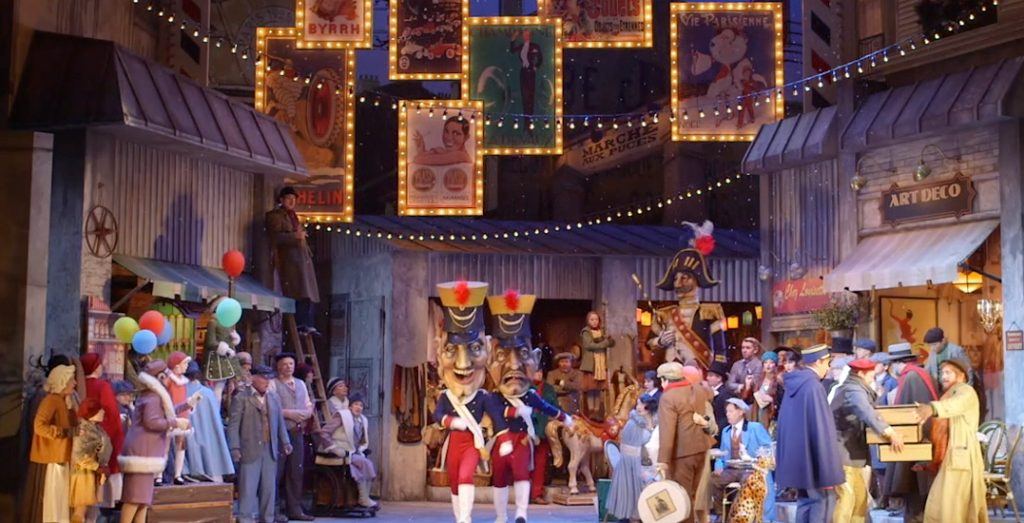 What: The Vancouver Opera’s production of La Bohème will be opening up on February 14th with a special offer of $40 tickets for anyone under the age of 40. The performance will transport the audience back to the 1920s when “writers flocked to Paris to live the bohemian life.” In order to redeem the Valentine’s Day offer, use the promo code 40/40 when purchasing seats. Valid ID will also be required to collect your tickets.

When: Thursday, February 14 to Saturday, February 23, 2019
Time: Showtimes will vary and can be found on the event website
Where: Various stages across the Lower Mainland
Tickets: Online