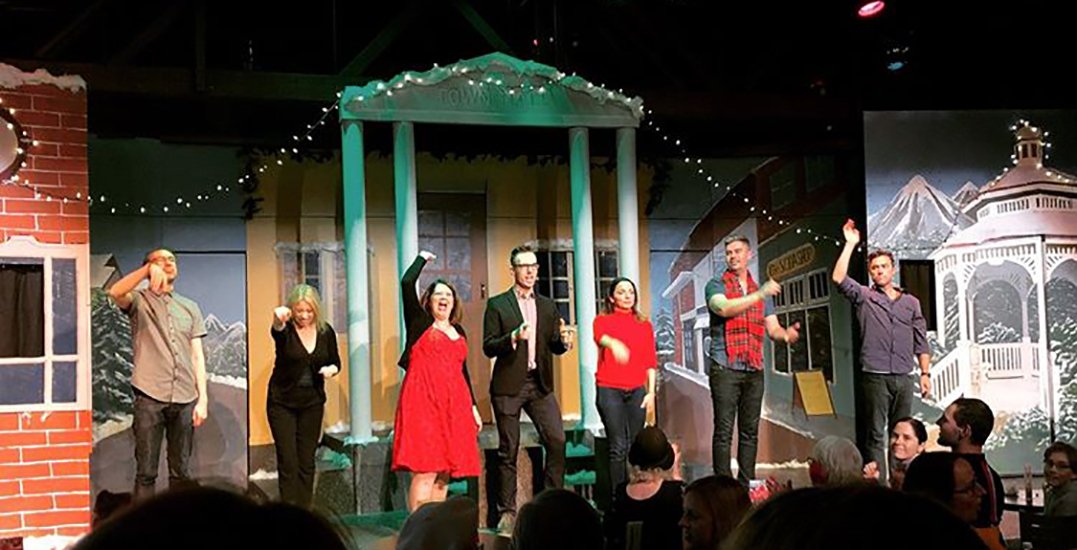 This Valentine’s Day, why not try laughter to get into your date’s heart? Or, with a group of your single friends.

Vancouver TheatreSports (VTS) has announced the return of Romance Week, running from Tuesday, February 5 to Thursday, February 14 at The Improv Centre on Granville Island.

Not only is the VTS a popular first date spot but there have even been a number of marriage proposals made during the show.

Visitors can bring their special someone to VTS and enjoy three special shows over the 1o-day event, including:

Romance Week ends with My Funny Valentine, which will be hosted by none other than Cupid and Aphrodite, the Goddess of Love. The romantic showdown will feature three ‘improv couples’ duking it out in an audience-inspired competition.

Ticket prices start at $10.75 – cheaper and funnier than a box of chocolates.

More information can be found on the Vancouver TheatreSports website and tickets can be purchased online.

Time: Showtimes vary based on performance

Tickets: Can be purchased online starting at $10.75