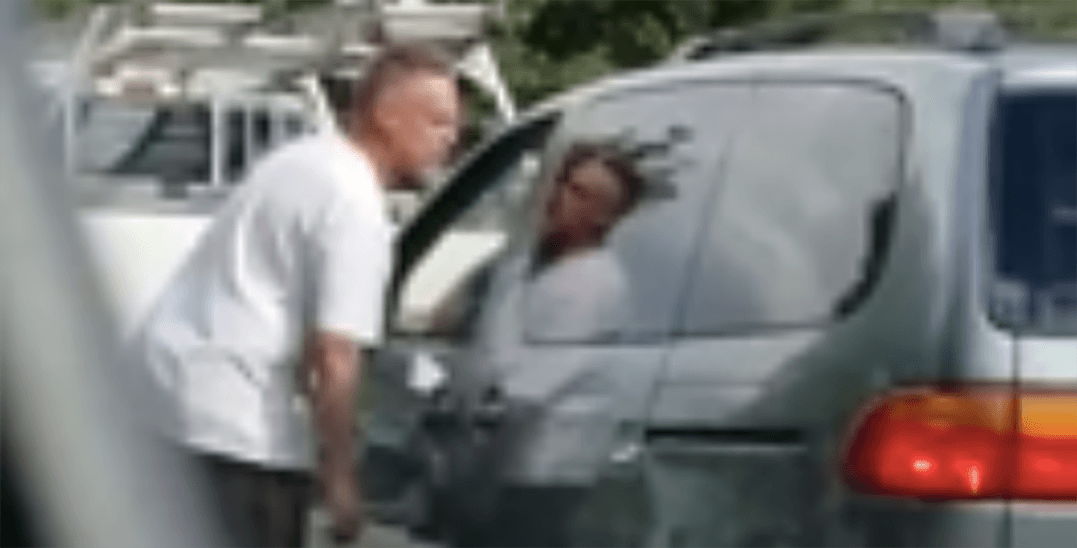 A recent road rage incident in Vancouver escalated into a vicious confrontation and a man damaging another person’s vehicle with a hammer.

Drunk idiot goes RAGE mode in Vancouver, BC! from r/vancouver

Constable Jason Doucette of the Vancouver Police Department explains that the incident took place on Thursday, August 30, at around 3:45 pm in the area of East 33rd and Fraser Street.

Allegedly, one of the drivers cut the other off, leading to a confrontation at a nearby traffic light.

An aggressive verbal exchange takes place, with the man standing outside the car yelling profanities and saying “fuck you buddy, fuck you, you wanna act tough?”

He continues to ask the driver if he’s a “tough guy” and appears to spit in the other’s drivers face before taking a small hammer to the left headlight of the vehicle.

Meanwhile, bystanders attempt to calm the situation. A man in the background can be heard saying, “it’s okay guys, it’s okay. It’s all good man,” and “it’s all good guys, let’s just get home.”

“Both drivers have been identified and have agreed their behaviour was unnecessary and unsafe,” says Doucette. “Neither man wanted any further police involvement.”

Although the video only shows a portion of what took place, Doucette also confirms that nobody was injured.

The full video can be seen here.