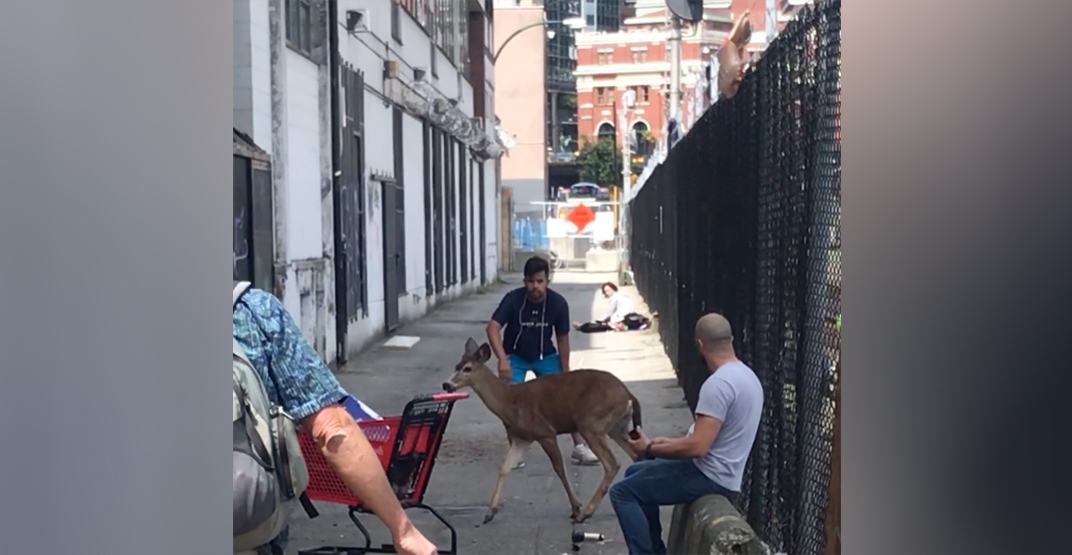 There was a bit of a commotion in downtown Vancouver earlier today, as a young deer was running through busy city streets and stopping traffic.

Daily Hive’s Adam Moore said his encounter with the fawn happened at around 11:30 am, when he spotted it running down Abbott Street in Gastown.

He said a group of concerned individuals were trying to corner it in a laneway next to the waterfront railyard for its own safety. Animal control and police were called to the scene, but Moore says he was unable to witness the outcome of the incident. 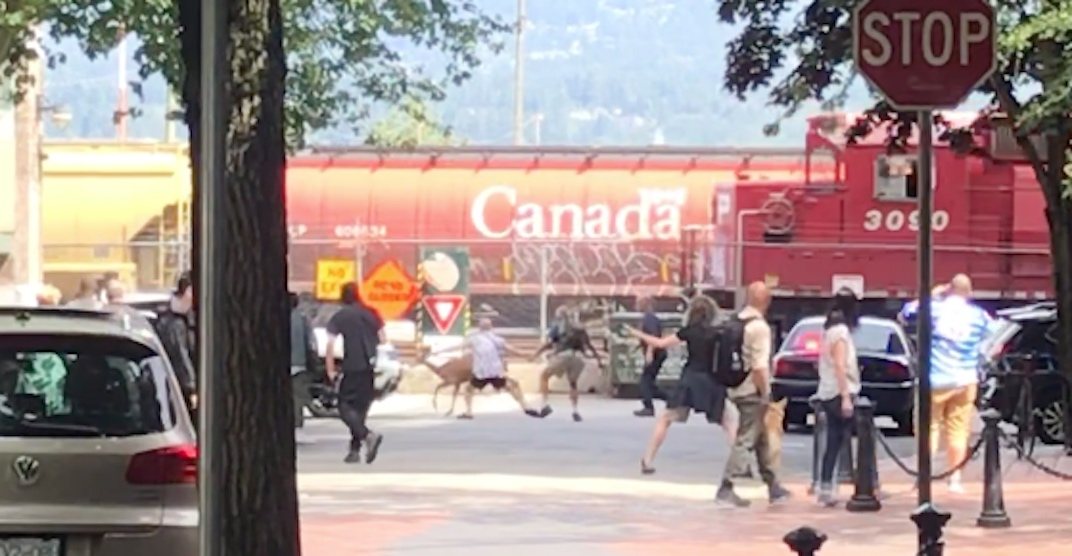 Tweets by others indicate the deer also ventured into the neighbouring areas of the Downtown Eastside and Chinatown.

@CKNW @TransLink @BC_SPCA Lost deer heading downtown through Chinatown. I hope she doesn’t get hit by a car. pic.twitter.com/ihoWM8x6ck

This deer just walked up Union Street in #Vancouver heading west toward Scienceworld. I need to drink my coffee earlier pic.twitter.com/ebaelt70IK

Daily Hive reached out to the BC Conservation Officer Service (BCOS), but they were unable to immediately provide a comment.

Deer and other large wildlife, including bears and cougars, are sighted in the city of Vancouver’s neighbourhoods from time to time, but usually in the eastern suburban neighbourhoods and rarely in the dense city core.

The last time a deer was seen in downtown, it caused quite a stir for months.

In the summer of 2015, a young deer was spotted by boaters swimming across the First Narrows between North Vancouver and Stanley Park, near the Lions Gate Bridge.

Following initial traffic-stopping sightings in downtown streets, the animal took up residence in Stanley Park for several months, until it was fatally struck by a vehicle on the causeway. At the time, BCOS said they made an effort to catch and relocate the animal, but they were ultimately unsuccessful.